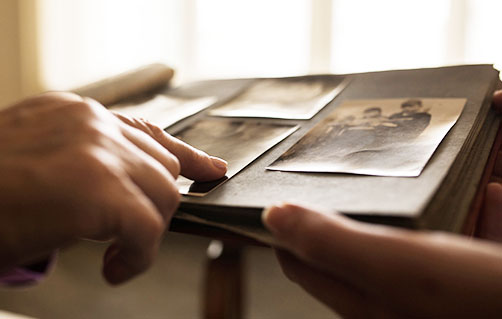 It’s 2019. Do you know the identity of your distant ancestors, especially the immigrants? And if not, how do you begin to fathom who you really are, or understand your family’s wonderfully complex heritage tapestry? New Year’s resolutions are often about genealogy.

Both our national and statewide politics imply that such early heritage still matters a great deal, and immigration is daily in the news, whether it involves a standoff about a wall on our southern border or something else. President Trump’s immigrant ancestry is most notably German (paternal) and Scottish (maternal), and he married two wives who are first-generation immigrants. The president also often taunts his would-be political opponent, Sen. Elizabeth Warren, about her forebears, calling her “Pocahontas.”

The ancestor question came up so often that Warren recently took a DNA test showing traces of Native American ancestry as she prepares to run for president. Pocahontas was the daughter of a Chief named Powhatan in the historic Virginia Tidewater region, and Lawrence County’s own  Powhatan  was also named for him.

In the state, Lt. Gov. Tim Griffin identifies himself on Twitter as a “5th generation Arkansan.” Locational longevity pops up often with Arkansans, such as for the author of “Hillbilly Hellraisers: Federal Power and Populist Defiance in the Ozarks,” Dr. Blake Perkins. Perkins grew up on a “fifth generation farm near the southeastern Ozarks in western Lawrence and Sharp counties.” Arkansans often know about family being here a long time, but sometimes know little about original ancestors.

Arkansas lore calls Italian explorer Henri De Tonti who served France “the father of Arkansas” because he helped establish what became Arkansas Post with the French in 1686.  His immigration eventually resulted in Tontitown in Northwest Arkansas being named for him.

So who are your own immigrant ancestors, and why should you care? Learning about these risk takers helps us see the astounding, struggles they faced and overcame, the dreams they fulfilled, the discrimination they suffered, and the country they helped build with clearer eyes. Learning about them helps us build compassion and critical understandings of our own heritage. It also clears up family misinformation about our own family origins, and it shows us unexpected ancestor surprises.

While many immigrants settled in Arkansas, only 5 percent of the state’s current population is immigrant. Still, manufacturing industries rely on immigrants for more than 12 per cent of laborers. Immigrants have always worked hard, often taking jobs not desired by others and being paid less. Arkansas’ came from Germany, Italy, Poland, England, South America, South Africa, China, and Japan, to name a few locations.

Some ancestors were indigenous peoples that we typically refer to as Native Americans, and some came to America as slaves or indentured servants. Their control over their destinies was limited or non-nonexistent, but their humble beginnings and upward mobility shaped our own families even now. Arkansas has lots of history connected to all groups.

DNA tests from Ancestry.com, 23andme and FamilyTreeDNA can help you discover the genetic information to know whether you’re forebears had blue or brown eyes, freckles and whether they lived in France, Germany, China, or elsewhere; an explosion of genealogy riches on the web and in research libraries helps connect the dots from them to you.

Keys to Finding Your immigrants

*Does your family have artifacts, letters, family lineage books or other information about your immigrants? Were your immigrant ancestors here at the time of the American Revolution? Were they in cities or rural areas? Were some of them slaveholders?  Did they serve in the Civil War, or World War I or II? This affects where you’ll look to uncover the details of their immigrant past.

*If you know little or nothing about the immigrants, it’s good news that finding information about them from most regions around the world has become easier because of online databases and collaborative genealogy. In such a case, the history of each country connected to immigrant ancestors to Arkansas helps determine how much available information is discoverable in 2019.

*To get started, check online censuses from 1790 forward at familysearch.org and ancestry.com. Use this article to help identify immigrant web sites: https://www.familysearch.org/blog/en/5-online-resources-find-immigrant-ancestors/

*Locate resources available at the Arkansas State Archives main branch in Little Rock and the ones in Powhatan and Old Washington and about ancestors from across the country.

*Two of the most enticing documents to seek for an ancestor are his or her declaration of intention (of citizenship) and naturalization documents.

His actual signature is often included, depending upon the era.  Sometimes the immigrant’s name also appeared in newspaper naturalization stories.

America’s immigration policies varied widely depending upon when an ancestor arrived, and many women were not naturalized, being covered by husbands’ or fathers’ naturalizations. Learn more here.

*For those naturalized in Arkansas, state records in Arkansas were filed in the county circuit courts or in the U.S. District Courts in Fort Smith, Fort Worth, Texas or Little Rock.

Though there is ongoing discussion of “legal” and “illegal” immigrants today, as if those were two perfectly defined categories, the country’s naturalization and citizenship processes have been inconsistently enforced over hundreds of years. Many immigrants were never formally naturalized, but they built America nonetheless.

If you discover enough about ancestors to know their locations in Arkansas, another state, or another country, consider genealogy travel to learn more. There’s nothing like standing where an ancestor stood to understand much more about the environment firsthand. It also completes a psychological travel circle.  Don’t think you have the wherewithal ? The Jan. 1 New York Times reports that 52 percent of Americans had unused vacation days at the end of 2017, “which equates to 705 million unused days for the year.”

Our ancestors often got only three vacation days annually off from a typical job in the city. New Year’s Resolution: As their descendants, using accrued days taken for granted, we can honor their sacrifices and undertake truly transformational travel with our families to learn more about our very own heritage. Arrange the travel: feel the magic. Pay it forward.

Jeanne Rollberg is a genealogist with American Dream Genealogy and Research who also serves on the boards of the Arkansas Genealogical Society and the Friends of the Arkansas State Archives. She teaches genealogy classes at LifeQuest of Arkansas.

READ MORE: Arkansas Ancestors Who Flew Too Close to the Sun