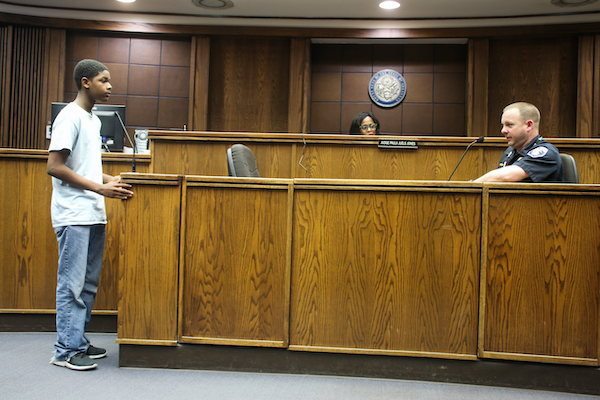 Many high schoolers across the country end up developing a criminal record over petty offenses before they even graduate, which can complicate college and career aspects for the future. Fortunately, one North Little Rock program is teaching teens about the legal system, while helping delinquent students avoid a criminal record. 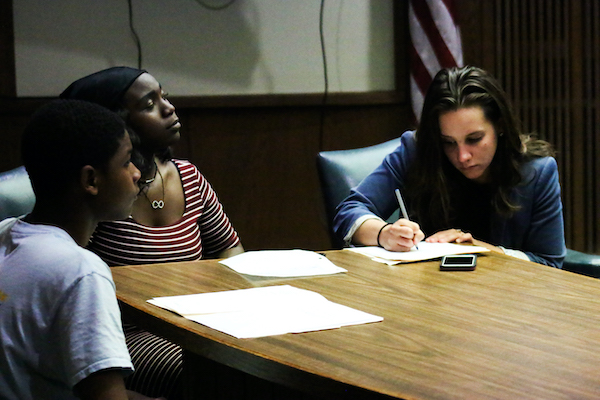 Paladino explains that the process begins when a juvenile offender is diverted from juvenile court to NLRTC. The offender is given a court date on which to appear. Each NLRTC participant is required to admit their guilt before the trial begins. The North Little Rock City Attorney’s Office is partnered with teachers at NLRHS and the school resource officer, NLRPD Officer Drew Montgomery.

“If students get in a fight at school or if someone is shoplifting, instead of referring those kids to the criminal juvenile court where they would have a record, the file will be kept and referred to teen court,” Paladino says. “We’re a diversion program designed to keep kids from having a record.”

Teen court is utilized for non-criminal policy violations as well — for example, vaping on campus or being overly tardy.

Student participants are encouraged to bring any witnesses they wish to have testify on their behalf and parent involvement is also required. They are given time to prepare for their case with their student attorney. Participants are tried by a jury of their student peers and their sentence completion is monitored by the teen court program director. After completing community service, each participant is required to serve at least one term as a juror to complete their sentence. Everyone who participates in teen court, other than offenders, are volunteer students who are trained by the NLR City Attorney’s office. These volunteer student “attorneys” then meet regularly after school for training and to discuss and work up cases. 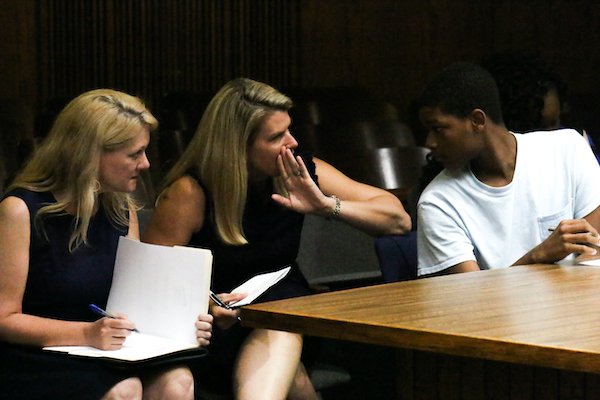 “We meet two times a month. At the first meeting of the month, I’ll have the cases that Officer Montgomery has referred to me,” Paladino explains. “I’ll prepare the students, who split into prosecution and defense, with student attorneys on each side. We walk through all parts of the trial and what to expect in each role so there is a learning aspect for the students.”

During the second meeting of the month, students will go to trial in teen court. Two to three cases are prepared in this session.

“The next time we meet, we put the case on for Judge Jones who serves as a voluntary Judge for all NLRTC cases. The students meet in the actual courthouse for their court session as the attorney. The prosecution will ask for a certain amount of service hours based on the offense, and the defense will counter with a lesser number of hours, using factors like the student’s previous conduct or punishment as evidence. The student jury will then deliberate and come back with a verdict on how many community service hours the student defendant should serve.”

Paladino works to make sure that the students know how to effectively prosecute and defend. Paladino is a graduate of NLRHS herself and is driven by her prior experience as a Deputy Prosecuting Attorney to give back to her home community in this way. However, she says that Judge Jones’ hard work is the reason that she and the students are able to participate in such an opportunity.

“Judge Jones built NLRTC from the ground and has made it what it is today. Additionally, she was incredibly influential in getting Pulaski County Special School District’s teen court up and running,” Paladino says. “Communities often look to her for advice on starting a teen court because NLRSD’s is one of the oldest and she founded it. Judge Jones also trains judges to hear student cases.” 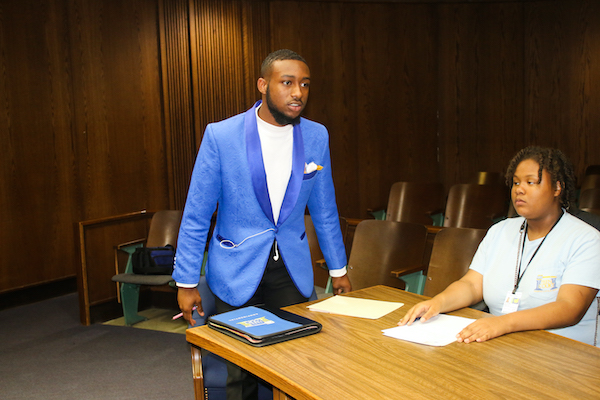 There are several teen court programs in Arkansas, usually conducted by county juvenile courts. In 2008, NLR Teen Court joined Washington County Teen Court and a few other programs to establish the Arkansas Teen Court Association (ATCA). This association was made possible through a grant from the National Association of Youth Courts.

The popularity of teen court and other juvenile criminal detention programs has risen over the last decade, as well as the concept of restorative justice. This is a theory of criminal justice that emphasizes repairing the harm caused or revealed by criminal behavior. One of the goals behind this theory is to restore offenders to contributing members of society. The teen court program uses this theory in requiring student offenders to complete community service. The teen court program has received the support of the American Bar Association, as well.

As far as North Little Rock Teen Court goes, Paladino, Yielding and Judge Jones are excited for the future as they look at opportunities to grow the program while helping teens who make mistakes today become better citizens tomorrow.

READ MORE: This Side of Seven: Defying the Odds