No Bones About It: Orthopedic Medicine Continues to Improve 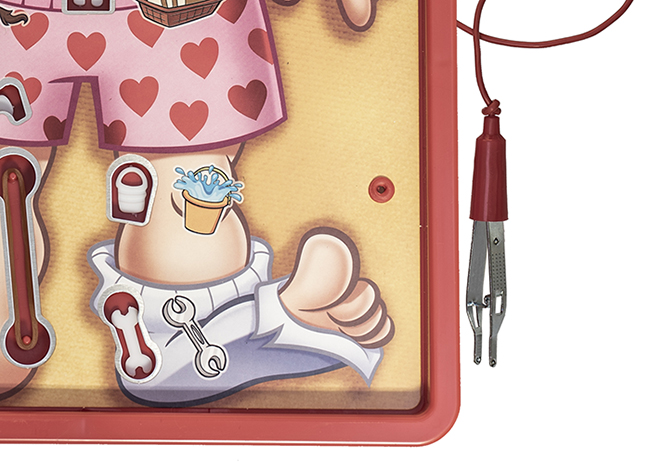 Johnny White of Cabot could never figure out why, when he went through airport security, TSA would always show particular interest in his left shoulder. This fall, in the run-up to getting that shoulder replaced, he asked Dr. Jason Stewart of Bowen Hefley Orthopedics why that kept happening.
“I’d look at that monitor they have there, and they’d always mark an ‘X’ over my left shoulder,” he says. “I asked my doctor, ‘Why are they doing that?’ He said, ‘You have so much scar tissue up there from all the years you’ve torn it, and it’d heal back; they think you’re trying to smuggle stuff into the airplane.’”
White, 67, chuckles at the story, but the degeneration of his rotator cuff was no joke. A lifelong athlete, White’s shoulder had deteriorated noticeably, to the point even the grizzled coach, who led teams across multiple sports to 18 state championships, had to admit something needed to be done.
“I played basketball all the way up until I was 60,” he says. “[My shoulder would] hurt over the years, but you wouldn’t think anything about it, you know. You’d just go on. But it had gotten to where I had to do something.
“I love to play golf, and it had gotten to the point where I couldn’t take the club back very far. And so I knew someday I’d have to repair that shoulder.”
There was a time when White’s prognosis was weeks in recovery, followed by a lengthy physical rehab and a garish scar. But today, exactly seven weeks post-op, he’s back to daydreaming about spring on the golf links.
“I’m really pleased with the surgery that I had,” he says. “I talked to a lot of people, and everybody told me it would be the worst surgery I’d ever had. But no, this was good. I’m so proud that I did it and got it fixed.”
White’s experience isn’t at all uncommon, say local orthopedic doctors. Technology, advanced materials, and new surgical procedures have significantly improved what was often a highly invasive undertaking. 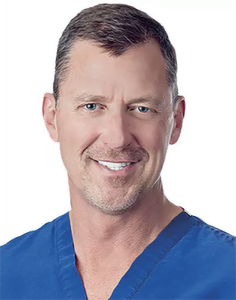 “One of the things that attracted me to orthopedics was that orthopedics is ever-evolving,” says William Hefley, an orthopedic surgeon with Bowen Hefley Orthopedics. “Hardly a month goes by that there is not some change, some of them very minor tweaks in a procedure and some of them major breakthroughs. There’s a lot evolving in orthopedics; we’ve continued to get better over the course of my career.”
Hefley, who focuses on joint replacement and sports medicine cases, says many of the minimally invasive surgical techniques that were just in their infancy a decade or so ago are now commonplace.
“In 2002, when I’d been in practice 12 years, I started working with a group, and we were developing minimally invasive techniques for hip replacement through a much smaller incision and a muscle-sparing technique,” he says. “That has really changed the recovery time for joint replacement patients and enabled them to get up and around more quickly, with less pain and quicker bounce-back from the procedure.”
Also largely gone are the days when athletes sported the telltale marks of knee surgery, Hefley says, that shiny pink ribbon of scar tracing a line down the middle of one’s leg.
“ACL surgeries, in particular, have gotten to be much smaller incisions,” he says. “There’s a recently developed ACL surgery that’s very minimally invasive, very tiny incisions. People have been known to show up at another doctor’s office and say they’ve had an ACL reconstruction, where the doctor looked at them and said, ‘No you didn’t have an ACL, you couldn’t have had an ACL.’ 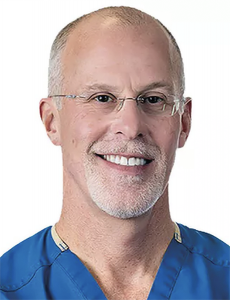 “Things that used to require a big incision and muscular cutting now can be done through arthroscopic techniques with incisions that would fit under a Band-Aid.”
Smaller incisions mean faster recovery time. Scott Bowen, orthopedic surgeon with Bowen Hefley Orthopedics, says procedures have become so routine these days that knee and shoulder operations are beginning to resemble just another outpatient procedure.
“When I started in 1986, a knee replacement patient would routinely be in the hospital two weeks,” he says. “Now it’s usually two days followed by outpatient or home-based therapy. Even with hip replacements, they can go home sometimes the same day, although we prefer to keep patients one or two days just to observe them.”
In addition to surgical techniques that allow for faster healing, orthopedic surgeons also work with components that help keep patients from returning for more surgery.
“We use metal alloys and plastics in our replacements,” Bowen says. “The alloys are very durable now, and as far as the breakage that we were concerned about a generation ago, we rarely see breakage in implants. The failures can come with the plastics, but our plastic designs are much better and more durable as well.”
Finally, patients get better and more timely rehab than they once did, often with physical therapists who are under the same roof as the orthopedic surgeon. Patients also better understand the need for rehab and are generally better about completing it, even on their own.
“Certainly, rehabilitation efforts involve professionals such as physical therapists, but more often the patient can be instructed on doing a lot of this on their own,” Bowen says. “That’s probably a trend that’s come with the increased cost of health care and the co-pays people are faced with. Something that we do is give good instructions to patients before they’re discharged home so that they can engage in the therapy themselves. That makes a big difference.”
Willingness to take greater responsibility for post-operative care isn’t the only change orthopedic physicians have seen in patients. As information becomes more accessible, patients are more well-versed on their options and therefore demand a bigger say in their treatment. 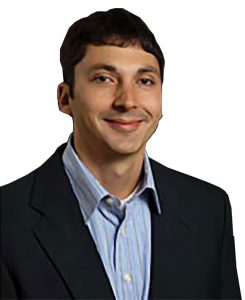 “I remember growing up in the day where the doctor did everything,” says Rick Wirges, a hand surgery specialist with OrthoArkansas. “But now you’re seeing people coming in better equipped. They’re better educated; the internet has helped them be better prepared.”
“For me personally, I like it because it helps us to really dive into questions and talk about something in a lot more depth. Will I be able to do this or when can I return to that? It’s helped me help patients get their mind wrapped around what we’re talking about. What are your options and what are the pros and cons of this option or that before you do it as well as what to expect.”
On the flip side of all this progress is the continuing advance of regulations that provide a damper on growth and add layers of expense to practices. As a result, every link in the health care chain is under unrelenting pressure to deliver world-class care as economically as possible.
“The biggest change is everybody always wants, and rightfully so expects, a good outcome,” Wirges says. “But the big thing is providing a cost-efficient outcome. How do you show value? That’s been the biggest trend in the last few years. We all know you can get a good result, but can you do it without spending a billion dollars and can you consistently do that? Can you replicate those results to be standardized and show you can consistently achieve that goal within a certain price range?
“That was something we were never trained on, the cost. Never knew anything about that. So that’s been an eye-opening experience of becoming educated on what things really cost and how to care for patients efficiently.
The future of the orthopedics field promises further technological and medical advancements, arguably the most promising of which is still in its infancy. 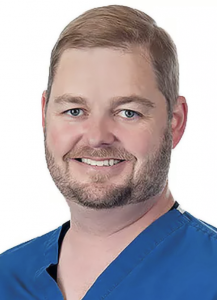 “One of the big ones would be a lot of the biologic agents, the stem cells, that’s the one that’s most promising,” says Stewart. “We’re still finding applications for that and trying to understand all the mechanisms, but it does seem very, very promising.”
Stem cell technology harvests biological matter from a patient and uses the inherent cellular product to recreate specific body structures. For instance, growing new cartilage or inducing the body to accelerate the natural healing process for ligaments and joints.
“The idea is, pull some blood out of your system, get rid of the parts of the blood we don’t like and activate a clump of platelets,” Stewart says. “You put that into your target, say, you put it into the rotator cuff tendon that has a partial tear. You’re encouraging the body, ‘Hey, you know, this little thing that you’ve just been ignoring, this partial tear, let’s try to heal this a little bit and make it feel better.’ That’s the logic behind it.
“It’s not like masking the pain; you’re attempting to heal this thing. It’s a whole other branch of orthopedics, the idea of trying to stimulate the body to heal something.”
Such an advancement has limitations, with cost being a major one and the fact no insurance covers the treatment being another. Still, Stewart is hopeful for the future.
“Time is going to have to tell,” he says. “I don’t think it should be abandoned and say ‘Oh, this doesn’t work.’ It should definitely continue to be investigated. We’re in the brick phone phase of a lot of these things, you know? One day we’re going to have an iPhone.”