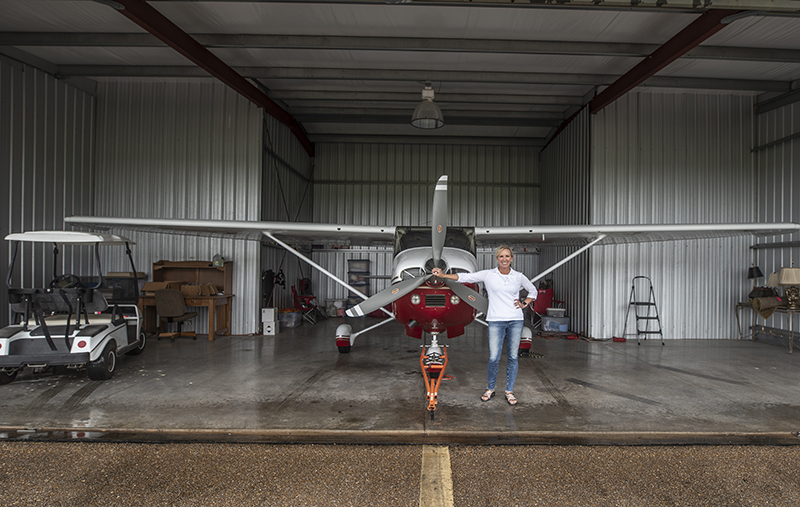 Ferrari in front of her Cessna 182 Skylane.

It was never Ellen Ferrari’s goal to fly corporate jets as a young girl growing up on a farm in southeast Arkansas. But it’s in her DNA. Her father was a pilot. Her brothers, both pilots. She remembers, “My dad had a grass strip on the other side of the pecan orchard [in Wilmot]. He flew a Cessna Skyhawk. The airplane was just part of our family.” A gal in her 20s with a 2-year-old daughter, Ferrari set out to chase the family pastime and learned to fly. She says she did it because she wanted a challenge in her life.

“When I took my first flight lesson, I was a stay-at-home mom,” she recalls. “I had no inkling that this would happen.” The “this” she refers to is her career in her 50s as a female captain with FedEx Express. Of the nearly 5,000 pilots with the company known for delivering “joy during the holidays,” 210 are female. And only 77 are captains. “I didn’t pursue flying to build a career, but I thought it would be a hobby.” 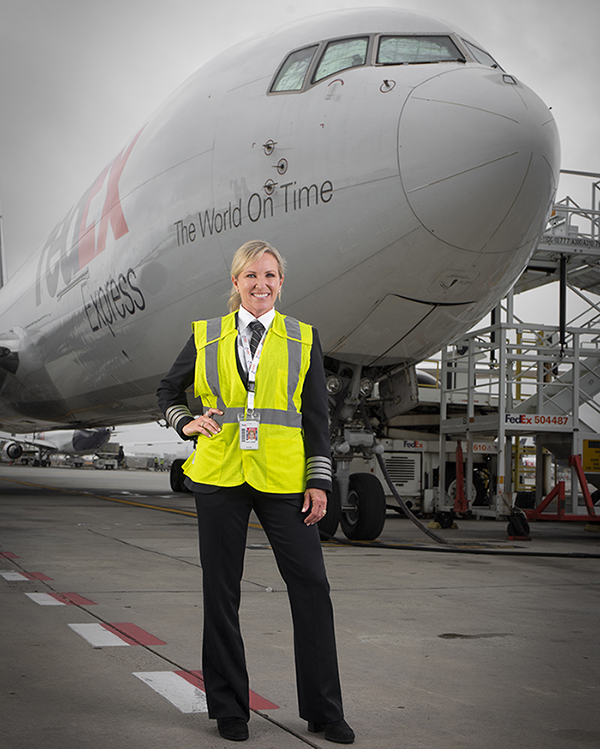 There was a time that travelers to any plane she flew likely thought she was there to pass out drinks or help with luggage. She’s 5 feet, 2 inches tall and 120 pounds. “People automatically think I’m the flight attendant,” she says with a laugh. Since she was raised with planes and pilots, it wasn’t a stretch for her to maneuver an aircraft, but this from a gal who has a degree in journalism from the University of Arkansas. “I didn’t want to sell ads. I started looking for a career path when I was home with Lauren [her daughter.]. I had been reading books about a career path, and I thought I would take a few flying lessons.”

The “hobby” she wanted to pursue began by taking flying lessons at Central Flying Service in Little Rock, where she would ultimately become an instructor. The investment was reasonable. It was $65 an hour for the flight instruction and the airplane. It took 60 hours to accomplish her first goal of getting a private pilot certificate. The other hurdles included getting an instrument-rating certificate, then a commercial certificate and multi-engine rating, plus many more aviation hoops to jump through. She found her love for flight as an instructor, which is what she spends much of her time at FedEx doing. She loves teaching others how to fly — others with a lot of impressive credentials and experience.

Just as every driver remembers a close call on the road, pilots relive their memories for skyway drama. Ferrari remembers one in particular. “We had an engine failure due to sudden severe damage when I was a first officer. We were coming out of Grand Junction, Colo. We lost the engine at 1,000 feet. We were taking off, and the airplane shook about three times. We went through emergency procedures and landed in 11 minutes. Liftoff to touchdown,” she reminisces. These are large aircraft that she flies. “I fly primarily a Boeing 767 and less frequently a Boeing 757. The biggest one we have is the triple 7.” 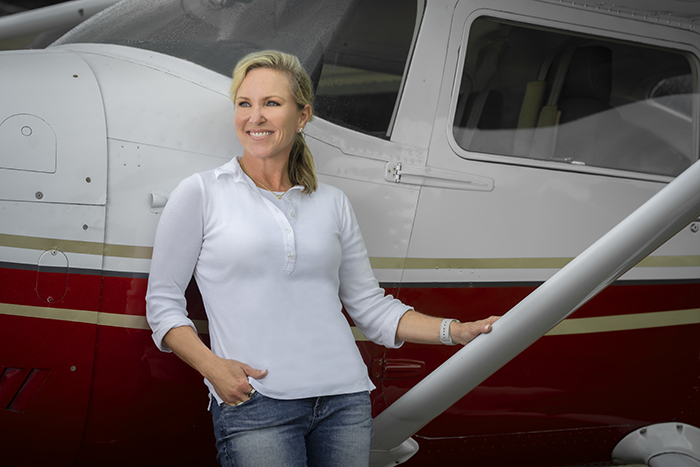 Flying is in Ferrari’s DNA.

As for her experience as a female captain,  “I have never felt being treated any differently because I was a female. I have been treated very fairly. I don’t carry any feeling of being different day in and day out.”

She exudes the utmost respect for her peers and superiors in her field and with her employer: “It’s the best job in the whole aviation field, as far as I’m concerned. Wonderful benefits, wonderful pay.”

Ferrari moved to Memphis with her pilot husband several years ago. They first met on the job as pilots for Acxiom in Little Rock. He is now a corporate pilot who flies out of Clinton National Airport. They have one plane between them. It’s her “baby,” a Cessna 182 Skylane. Though she resides in Tennessee, she always has Arkansas on her heart. That’s because where they live she “can see my home state from the porch.”

What’s her preferred mode of transportation when she’s going back home to see family and friends in Arkansas? Her Cessna Skylane, of course. Ferrari prefers to fly back home because “it’s faster and more fun,” but it’s also in her DNA. As she clears the pecan trees and visualizes the grass landing strip her father built decades before, it takes her back to her childhood when she sat beside her father as he landed the family Cessna on that very ground.