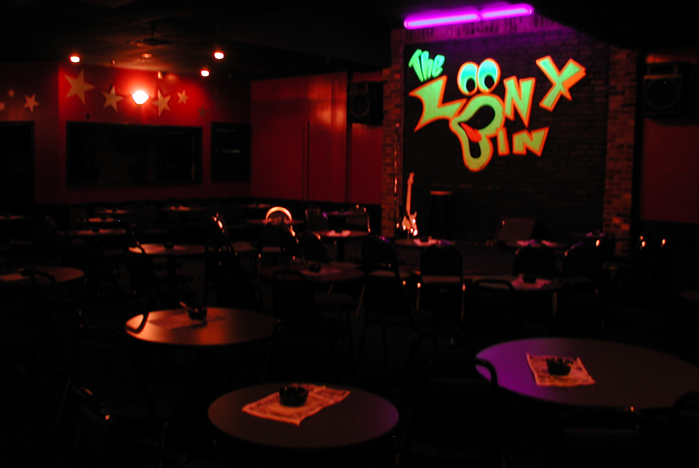 Now, more than ever, the laughs of the Loony Bin provide a remedy for the strifes of the world.

For most guys, their 15th birthday is just a step closer to the ability to legally drive a car. For Wayne Iburg Jr. however, it was a night that would come to define his life two decades later.

That’s because Iburg was taken to Stanford’s Comedy House in Little Rock by his mother. He had already loved watching comedy throughout his wonder years, but seeing it live and up close proved to be an electric and inspiring experience — one that has led to his post as manager of the Loony Bin Comedy Club in that same space for the past three years.

“I just thought how crazy would it be to work there, and even working the door and watching shows every night would be the best job in the world,” Iburg recalls. “And so when I got the chance to run the club, I jumped out of a career managing fine dining to take it.

“There’s real joy in watching a fresh show every night because it’s never the same show twice. And it’s also a great feeling to not only work with established comics, but to help develop new talent that you can watch grow from beginners to headliners.”

Iburg, 35, proudly points out the long and storied history of comedy in that second-story, Breckenridge Village location. Next September, the Loony Bin will celebrate its 30th anniversary there, and other incarnations such as Stanford’s Comedy Club have kept Arkansas audiences laughing for a total of at least 50 years.

The Loony Bin also has sister clubs in Wichita, Tulsa and Oklahoma City, but not all the comics play all the rooms. Iburg notes that each city has its own distinct audiences with their own taste for the style and pacing of comedy.

“The size of the room with 220 seats lets you pack the space while still feeling intimate, and we also have low ceilings which helps carry and fuel the laughter further,” Iburg notes. “But the biggest reason it works is not the location but the people who run it, the quality of comics and the lively audiences.”

Co-owned by Jeff Jones and Larry Marks, a dynamic duo whom Iburg describes as “two guys who just freakin’ love comedy,” the club is known for its long-standing relationships with talent. The reason is the Loony Bin’s willingness to take chances on fresh faces, which is rewarded by comics agreeing to play the club decades into their success.

One prime example is Rodney Carrington, whom Iburg notes played his second-ever paying gig as an emcee for the club many years ago. Carrington has gone on to star in his own now-canceled ABC sitcom, but keeps coming back to the Loony Bin even as he otherwise plays theaters holding audiences five or 10 times the size of the Little Rock club.

The Loony Bin manages to have a consistent, thriving audience base built upon the overall quality reputation of its shows, rather than chasing “name” acts from national television. Iburg finds that that approach has worked out well, while enabling the club to survive economically in a small-city market.

“We get people from all over the world to perform here, but we love developing comedy and we want to get them before the comic gets big,” Iburg explains. “The big national acts are just too damn expensive for us to make any money off it. Our audiences just want to laugh.”

Those audiences took some time off from the club during the height of the COVID-19 pandemic, as people were afraid to be in an enclosed space while bursting into laughter. But with the successful availability of vaccines and a strong downturn in the number of cases affecting the state, Iburg is happy to sing their praises for helping the club sell out a number of recent shows.

“They’re pretty diverse, especially when you compare here to the other Loony Bins,” he says. “We have such a mix of a crowd from race and age range, and on top of that, our crowds tend to be a little bit more feisty in terms that they don’t just sit there but they really get into it and they don’t like long, drawn-out jokes. They just want it fast and hard.”