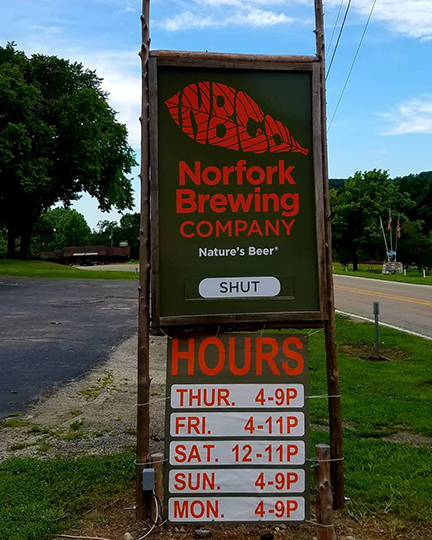 Norfork Brewing Company opened in June 2018, and it’s already in the midst of a huge expansion.

The brewery is going from a one-barrel capacity to a 15-barrel system.

“We are expanding in a lot of different ways all at once. It’s exciting. It feels like we are really mushrooming out,” says Jason Aamodt, owner and founder.

He calls it “Nature’s Beer” and their logo is the pawpaw leaf. 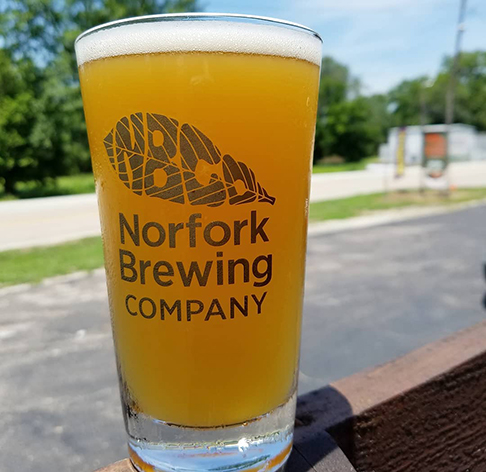 “The thing that is unique about us is I have worked with a microbiologist from the University of Mississippi to isolate a particular strain of yeast that grows on the pawpaw on the Norfork River. It has excellent qualities. Pawpaw is America’s forgotten fruit. You find it all along rivers and streams in the Ozarks. They are a cross between a mango and banana,” he says.

Aamodt has an undergraduate degree in chemistry with a minor in biology, but he ended up becoming an attorney in Tulsa, Okla. This beer enthusiast fell in love with Norfork on fishing trips – he’s been vacationing in the area for the past 20 years.

Norfork, a fishing-haven and tourist town, seemed like a perfect spot for a craft brewery. Six years ago, someone gave Aamodt a home brewing kit, “and my OCD took over and here we are. The techniques and science behind it were quite familiar to me.”

He bought a dilapidated building, gutted and restored it and opened for business. 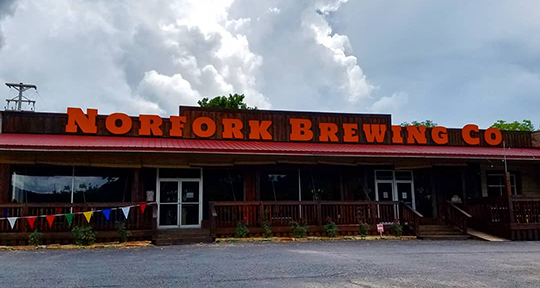 The most popular beers are the New England IPA; Pilsner; and Stout. The establishment is pet and kid-friendly, he stresses.

In addition to the expansion, beginning in August, Aamodt says they will start self-distributing directly to bars, restaurants and package stores. They will distribute a 32-ounce growler and six-packs of beer.

The brewers use organic ingredients whenever possible and buy as much local or American-made as they are able.  The business has become a community effort, he says. The tap handles were carved by Glen Cunningham ; the sign was made by a  customer.

A food truck has even been born out of the business. Aamodt struggled to consistently find food trucks that would be willing to come to Norfork and a customer mentioned he had always wanted to start one, so  Mr. Sho Pans was born, with the brewery as an immediate customer base. The menu rotates but pizza is a staple.

Aamodt also started a First Friday Art Walks in the town.  On the first Friday of every month, other businesses stay open until 9 p.m., and display work from area artists so it’s a community event.

Every Friday night, the first $1 of every beer sold goes to a local nonprofit. Nonprofits in the region can contact the brewery if they are interested in partnering up.

While Norfork is a tourist destination, the brewery stays busy year-round and he attributes it to local support.

“The thing that is so rewarding is it’s like the whole village is coming together and making this happen,” Aamodt says. “I think the community was looking for a gathering place and we helped fulfill that for them.”