Open for more than 100 years, Lassis Inn is a legend unto itself.

[dropcap]Elihue[/dropcap] Washington purchased the business in 1990 and continues the tradition of serving tasty fried fish and the appropriate southern accouterments, because, well, if it ain’t broke, don’t fix it.

Washington, whose friendly, to-the-point personality is softened by an infectious smile, is at the helm of this inconspicuous blue building just off Interstate 30 and Roosevelt Road, serving fried buffalo fish and catfish, available with bread alone or as a dinner, complete with French fries, coleslaw and hush puppies. He said he thinks the restaurant’s history is a part of its charm. 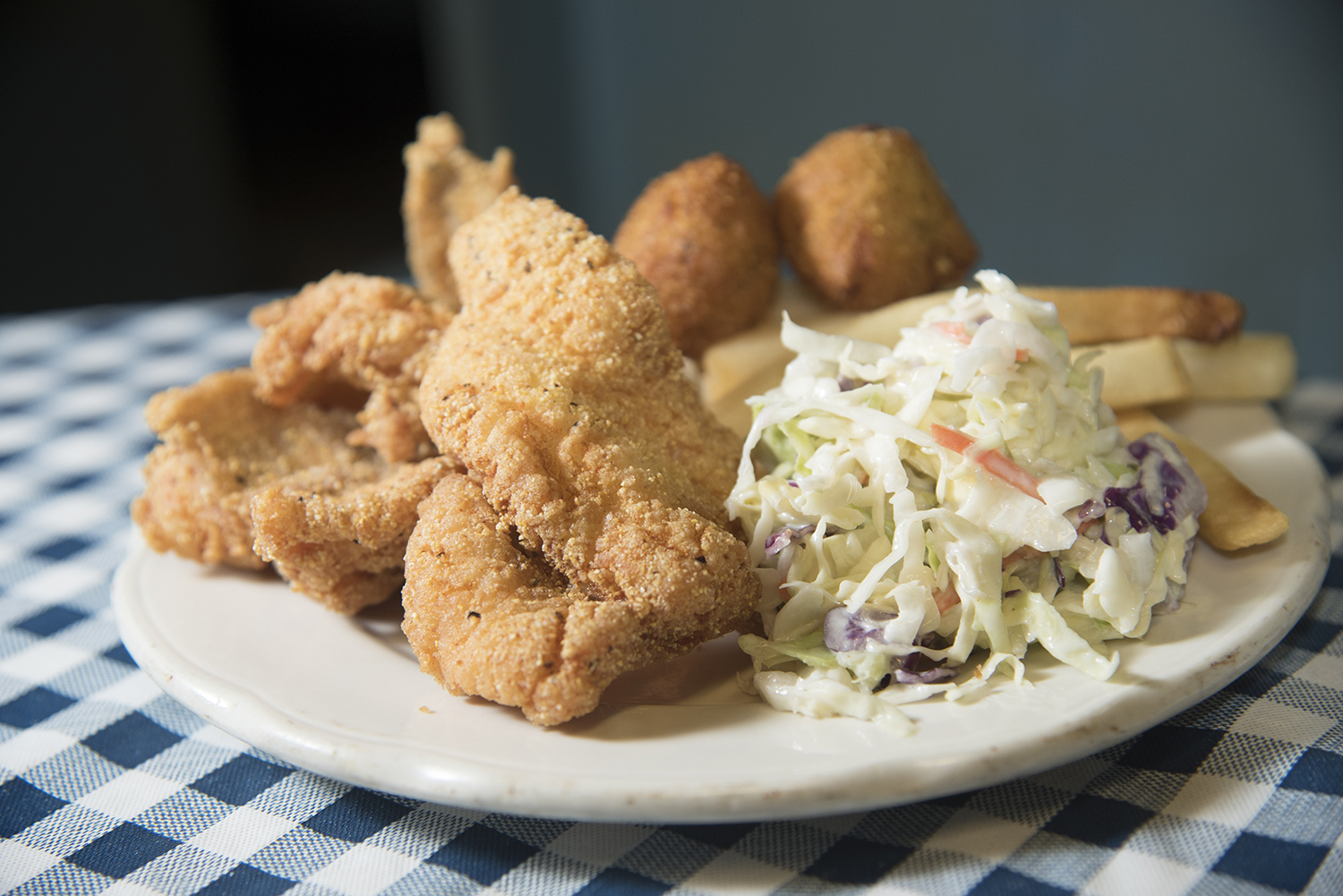 the catfish dinner at Lassis Inn

“We’ve been supported well by the people in Little Rock. People come in and reminisce. We have customers who say this is where they met their spouses. [They say] ‘And we’re still together and have 10 grandchildren … or 30 grandchildren.’”

Washington adds a few specials occasionally — when he bought the business the menu included burgers and hot dogs — but emphasized he only adds to the menu now and then: “That other stuff got in the way of the fish.”

Thank you, Mr. Washington. We wouldn’t want anything to hamper the preparation of some of the best fried fish we’ve ever tasted.