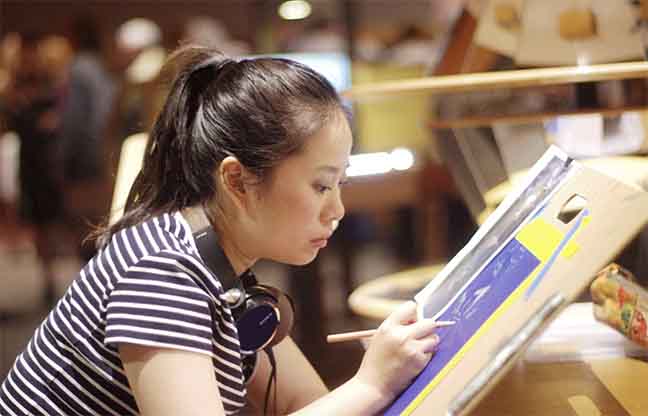 A Northwest Arkansas artist is dedicating the proceeds of a hand-drawn piece released last Friday to the local Marshallese community as they fight COVID-19.

“The Northwest Arkansas mapwas commissioned by the Northwest Arkansas Council to highlight regional amenities to support regional talent recruitment/attraction efforts,” says Nate Green, the NCA communications director. “The map was originally shared with local recruiters, but has since been made available for free to the general public.”

Although the map is available to the public for free, the proceeds from the purchase of map’s prints will go to the Arkansas Coalition of Marshallese in hopes of helping the community’s battle against COVID-19.

“If this piece of art can help them, then we have achieved a great goal,” Branch says.

Branch, a full-time IT employee for Tyson Foods, spent dozens of hours outside of her day job working on the Northwest Arkansas Council piece.

It took around 40 hours and a couple of months in total, Branch says.

According to Green, the Northwest Arkansas Council chose Branch for the project because of her past work.

“Yang Luo-Branch is a talented local illustrator, and we were inspired by the place-based illustrations she has created of various landmarks across the state,” Green says.

To purchase a print of the map to support the Marshallese community, click here.

In addition to the Northwest Arkansas map’s proceeds going to the Marshallese community, Branch has committed to donating $10 per item found on her online store for the remainder of July.