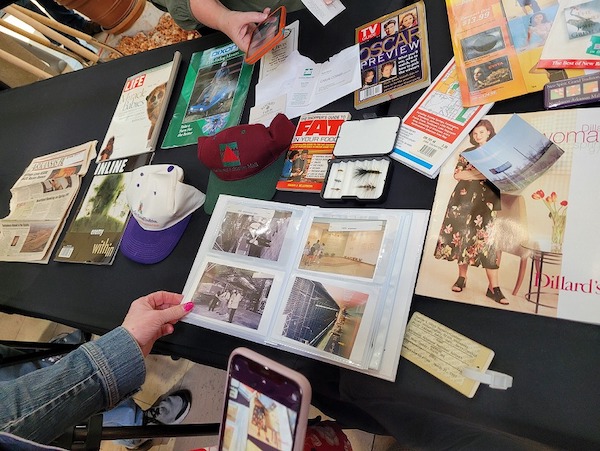 With Doc Martens, scrunchies and boyfriend jeans considered as peak fashion in the name of all things vintage, 1997 doesn’t really seem that far away from where we are today. You may not remember most of the ’90s, you even may not have been alive yet — but thanks to a time capsule placed in the Northwest Arkansas Mall, everyone gets to experience a small taste of what life was like 25 years ago.

In 1997, Tiger Woods won the Mercedes Championships, the Green Bay Packers won the Super Bowl, Buffy The Vampire Slayer premiered, Steve Irwin made his big splash with The Crocodile Hunter, Netflix was founded as an online DVD rental company, Kylie Jenner was born and, maybe most relevant, the Northwest Arkansas Mall was celebrating its long-awaited expansion.

With everyone and their mother watching the Titanic and Oprah making her big announcement to continue to produce her show until 2000, the mall still served as one of the biggest community outlets for Northwest Arkansas residents.

That year, Mall workers and NWA residents buried a time capsule with belongings to be opened 25 years later, such as vintage mall uniforms, several VHS tapes, Victoria’s Secret merchandise, a few predictions for the future – including then-Mayor Fred Hanna’s population prediction of 85,000 people in Fayetteville (the population is around 96,000 today) — and a sports section front page announcing the Razorback Men’s basketball team was on the road to play Michigan.

On March 17 of this year, current mall employees, along with the Fayetteville Chamber of Commerce, dug up the relic of the past, finding the treasures listed above. The NWA Mall is planning to continue this tradition and will announce a burial date for a new time capsule to replace this one at a later date.

To stay up to date with all that is happening at the Northwest Arkansas Mall, click here.