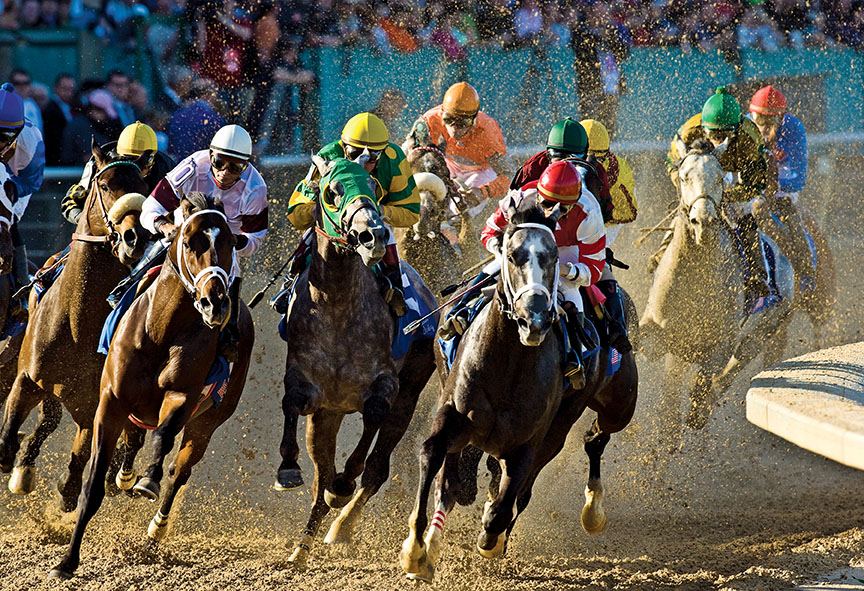 Today the gates are opening, and the 2019 Arkansas racing season is off!
Oaklawn Racing & Gaming is kicking off its annual season in Hot Springs, and while it might be a later start than usual, it’s a welcome return for Arkansans and visitors from across the world. The later season start, according to Oaklawn Media Relations Manager Jennifer Hoyt, has actually whetted everyone’s appetite for racing even more than usual.
“Horse racing in general is a huge tradition in Hot Springs and in Arkansas. This year, with us opening a little bit later than we have in the past, there’s definitely been a buzz and an excitement because there’s been more time for people to get excited for it,” she says.
Hoyt expects 10,000 fans to show up for the opening, and that’s just a taste of what’s to come this season.
One of the most beloved traditions in Arkansas racing is the Arkansas Derby Day, a massive celebration of all things horses and racing.  “Arkansas Derby Day is our equivalent of the Kentucky Derby. It’s the highlight of the racing season in Arkansas,” Hoyt says. 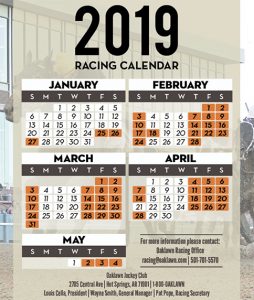 During the Arkansas Derby, the Spa City’s population can double due to the influx of racing fans. Between 60 and 70 thousand fans are expected to attend during the event.
“We double the population of Hot Springs. We’ll have anywhere 60 to 70,000 fans come out,” Hoyt says.  “It’s good weather. The ladies will have their hats on. The races are second to none.”
While there are a number of traditions that Oaklawn patrons have come to love and expect, one of the most popular opening weekend traditions is the 50-cent corned beef sandwiches. Instituted on the park’s 100thanniversary, visitors can enjoy delicious corned beef sandwiches at 1904 prices. Make sure to head to the park early, though: the lines get incredibly long!
But back to the start of the season! There are nine races opening today, including the Smarty Jones Stakes, which is part of the Road to the Kentucky Derby Series. This race has a purse of $150,000. It’s a must-see!
According to Hoyt, the Smarty Jones Stakes is just one of four races Oaklawn hosts that are qualifiers for the Kentucky Derby. In addition to the Smarty Jones, there is the Southwest Stakes, the Rebel Stakes and the Arkansas Derby.
But don’t miss out on the other races on Friday. “We have a really strong field of horses,” Hoyt says.
“We do have an early first post. It’s at 12:30. Our normal Friday post is at 1:30 p.m. We have nine races, and you definitely want to stick around after the races and enjoy the live music…,” Hoyt says.
READ MORE: Enjoy an Arkansas Tradition: Oaklawn’s Corned Beef Sandwiches