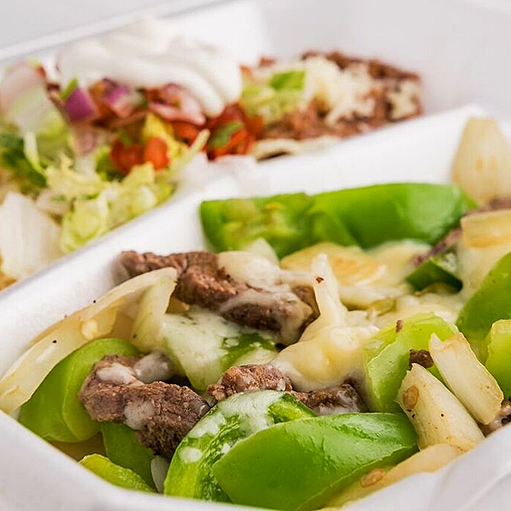 As a region rich in Mexican heritage, Northwest Arkansas has no shortage of quality restaurants featuring delicious Mexican fare. From fine dining spots in Bentonville and Rogers to authentic taquerias in Springdale to hip taco shops in Fayetteville, there’s something for everyone.

Mangos, located on Martin Luther King Boulevard, one of Fayetteville’s most recognized thoroughfares, is practically walking distance from the University of Arkansas campus. And the tiny taco shop has a walk-up window for those who do. Rather not walk? There’s a convenient drive-through, too. It doesn’t matter how you get there – just get there.

For founder and veteran restauranteur Anthony Oseguera, Mangos was more than just an opportunity to sell incredible tacos. It was also an ode to his grandmother, who had managed one of her own in Cotija, Michoacan, Mexico.

“My family has always been in the restaurant business, so I grew up with it as a child,” says Oseguera. “My grandmother on my mother’s side had taco shops in our hometown of Cotija, Michoacán in Mexico.”

And in the 1980s, his family, now residents of Arkansas, decided to open a Mexican restaurant in Hot Springs called La Hacienda. “It just grew from there,” he adds.

“When I was 21 years old, I took a break from food service and became a law enforcement officer,” says Oseguera. “I did that for several years, and then decided to move to Fayetteville to pursue my degree and hopefully go to law school.” 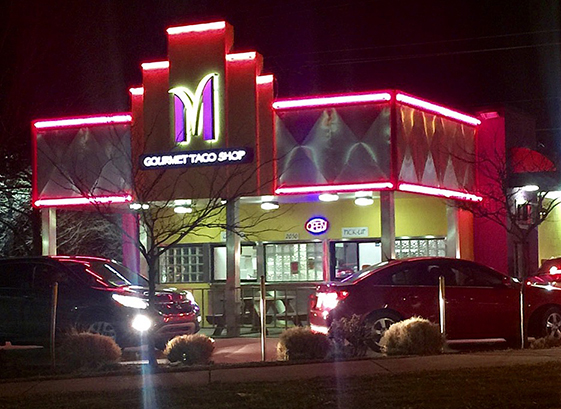 In 2002, Oseguera and his family opened Oseguera’s Mexican Cuisine in Springdale. He opened another restaurant by the same name in Fayetteville in 2005, followed by Celi’s, once a popular Mexican restaurant on the downtown Fayetteville square.

“After our lease was up, I decided not to renew our Center Street location [in downtown Fayetteville] and pulled up my plan that I had come up with for an old school taco shop like my mother’s family had in Mexico when I was growing up,” he says. “After much thought my daughter and I decided to name it Mangos and designed everything from the logo to the menu from scratch. We kept most of the favorites from the Celi’s menu and added a few new items, and that’s how Mangos was born.”

The taco shop opened for business in 2015. In January, Mango’s will celebrate its sixth anniversary.

What makes Mangos’ food so delicious?

“It’s our family recipes,” says Oseguera. “And it’s the fact that we make everything from scratch like my grandmother used to. You can see and taste the difference, especially in the handmade tortillas. Not many places make them from scratch; a lot of love and hard work goes in to preparing and making our food, and it feels amazing to pass the unique flavors on to our customers.”

Today, Mangos serves some of the best, least expensive tacos in Northwest Arkansas. The menu features regular, grilled and seafood tacos, ranging from $3 to $5 for a plate of three. Among their most popular items is the Mango’s burrito, a behemoth that includes steak, fries, fresh cheeses and chipotle sauce. 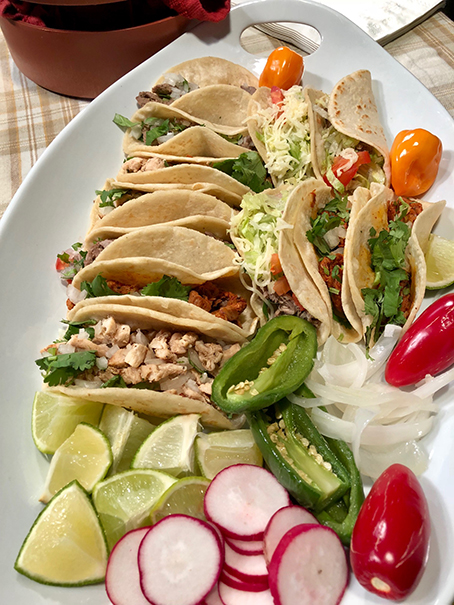 A spread of tacos!

All of Mangos menu items are cooked to order, their ingredients are fresh, and their tortillas are homemade. You also won’t find anything on the menu that costs more than $8.

“The base recipes are from my mother and grandmothers secret book, but having grown up here in Arkansas, I pride myself in bringing together an amalgamation of different flavors from my Mexican hometown and infusing them with my American hometown, and any other part of the world that my imagination can bring.”

That’s why some of the menu items have names one might recognize, like the “Pig Soooie” burrito, which includes slow roasted carnitas, ham, bacon and chipotle barbeque sauce in addition to the refried beans and fresh avocado.

For Oseguera, Mangos is an incredible way of honoring his grandmother and continuing her legacy.

“Although my grandmother passed away a few years ago, I can still bring her food to everyone in Northwest Arkansas, and seeing how much my customers enjoy it, let’s me know that she lives on through them,” he says.

“I am so grateful to each and every one of our customers,” Oseguera says. “It’s taken so much hard work to have Mango’s. Long, exhausting hours, sleepless nights, stress beyond comprehension. But in the end, it’s all worth it, and I’m proud of what we’ve become. I couldn’t have done it without my customers and my amazing team of dedicated employees.”

READ MORE: The Best Places to Get Tacos in Arkansas!

Thirsty Thursday: Get a Taste of Germany at Fassler Hall
January 28, 2021