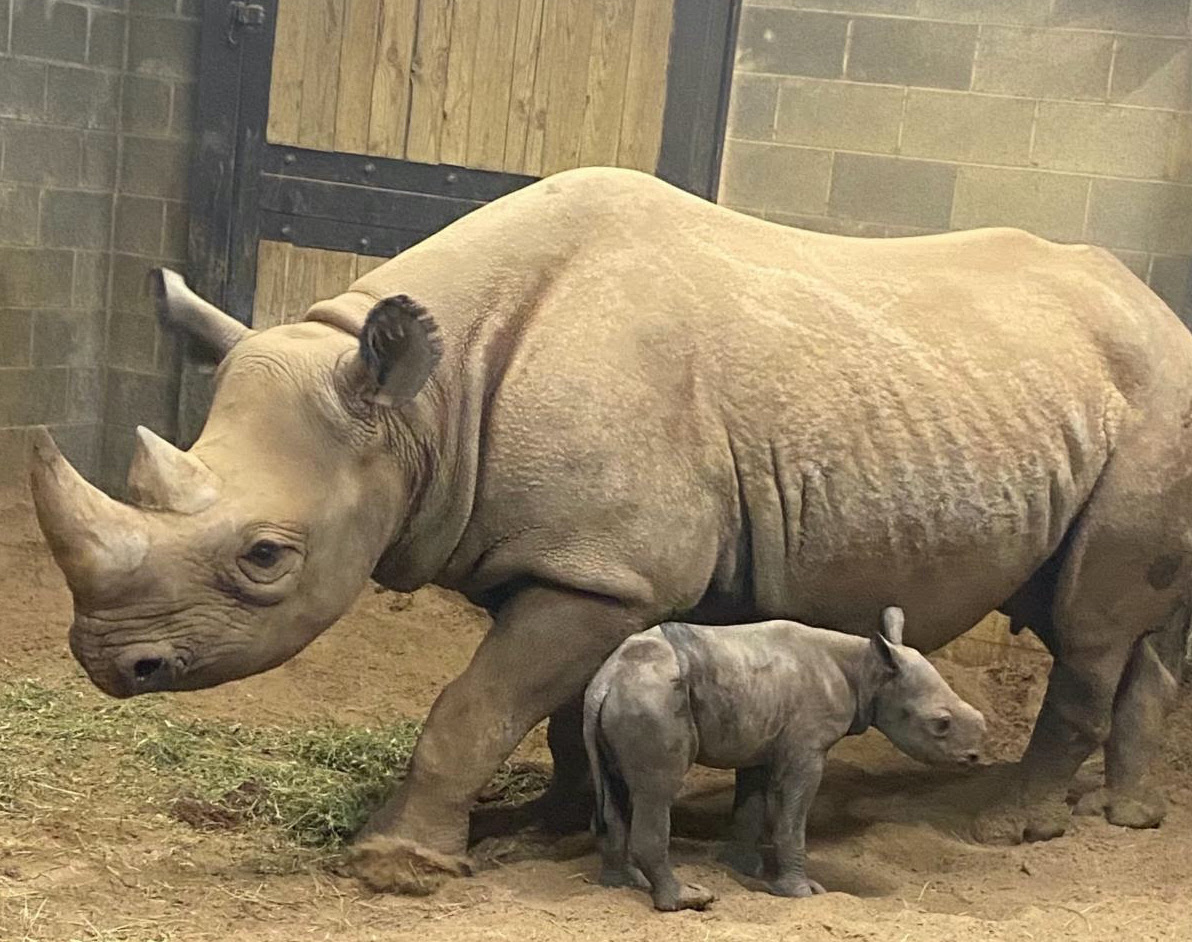 The Little Rock Zoo’s eastern black rhino couple, Andazi and Johari, welcomed their first child together in the early hours of Nov. 11, 2021. This birth is the first rhinoceros birth at the Little Rock Zoo and a step in the right direction for rhino conservation.

Andazi, a 15-year-old rhino residing at the zoo since 2010, was announced pregnant in May 2021. The female rhino was transferred to the Little Rock Zoo from Zoo Atlanta to cozy up with 26-year-old Johari at the recommendation of the Species Survival Plan. Rhino populations are rapidly declining, and the eastern black rhino, in particular, is listed as critically endangered by the IUCN Red List of Threatened Species. A birth such as Andazi’s calf is exciting news for the species.

Mother and child are doing well, and the staff at the Little Rock Zoo is closely monitoring the calf’s progress. An eastern black rhino calf will typically weigh between 50 and 100 pounds, so Andazi is most likely thrilled to have given birth right on time.

The new member of the rhino family will not be visible to the public for several weeks while it adjusts to standing on four legs and settles in with the zoo family.