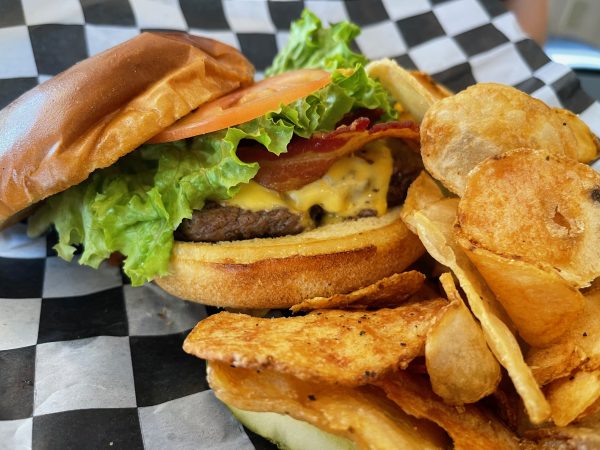 I don’t like to concede it, but burgers are a food that have always felt more masculine than feminine to me. Sure, a good burger is equal-opportunity yummy, and women have been making delicious hamburgers forever. But how often in ads, film or TV do you see women depicted flipping patties on the backyard grill? It’s almost always the “man-make-fire” guys doing the grilling. Definitely an outdated visual concept, but a pervasive one.

So, it’s satisfying to find excellent burgers at women-owned establishments, such as Two Sisters Cafe in Sherwood. The eatery, founded 22 years ago by sibling proprietors Faith Holmes Cavin and Sharon Holmes Brewer, is a Central Arkansas staple, and its next-door catering business brings spreads of tasty food to events throughout the area. The Sherwood cafe is a charming, Parisian-esque bistro with black and white awnings and whimsical flourishes. 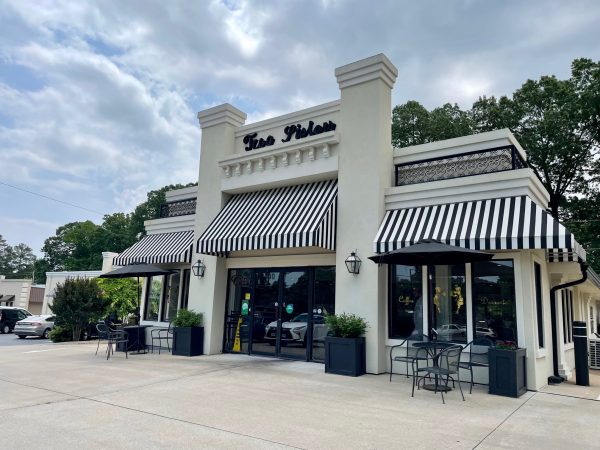 The cafe (and its downtown Little Rock “Uptown” location) is known for its sandwiches, salads, daily shrimp and fish specials, dinner entrees, home-cooked sides and other favorites. And it has at least an equal reputation for its exciting array of desserts. They come ready for take-out in individual portions or you can custom order. On our visit, the cooler had cakes (Mandarin orange, strawberry, Italian cream and German chocolate), tart-sized round pies the size of a hand, cookies, brownies, cake pops and other baked treats. Sharon’s culinary wizardry is baking desserts, while Faith’s genius is the menu of savory entrees and sides. (There’s also a cooler of daily take-and-bake entrees that get bought up quickly).

And Two Sisters Cafe is known for having some of the best burgers around. Technically, there’s only one burger on the menu, but it’s customizable with toppings, from condiments as you like them to added protein like bacon or a fried egg. 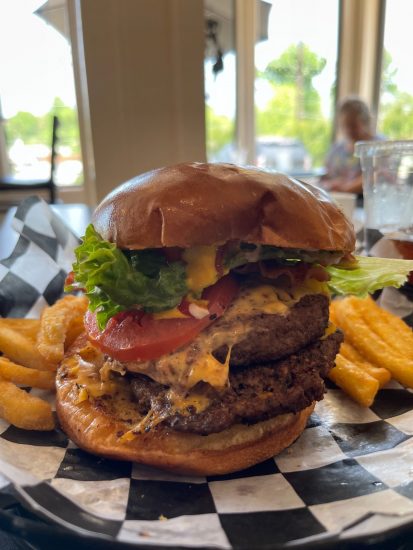 On our recent visit, we ordered a cheeseburger and a bacon double cheeseburger. Both arrived fully dressed, sporting lovely ingredients sandwiched between a fresh, soft and (ever-important) structurally sound bun. The perfectly crisp bacon must have come from some kind of divine pig, because it tasted like porkery magic. The burger patties, covered in melty American cheese, were substantial but not unwieldy — at least until they were stacked high on my double. Honestly, as good as that double burger looked, it was far more than my mouth could manage or I could eat, and the extra patty went directly into a to-go box to be enjoyed later.

It’s hard to mess up a burger when you start with high-quality, fresh ingredients, and Two Sisters has theirs down. For lack of a better adjective, what I liked best about mine was just how perfectly hamburgery it was. Some have too much of this, or too little of that. Dressed the way I like it, this cheeseburger balanced proportions of both structure and flavor, beautifully seasoned and grilled. Completely satisfying.

We tried both the chips and the fries. I especially liked the homemade chips, hot, salty and crisp. 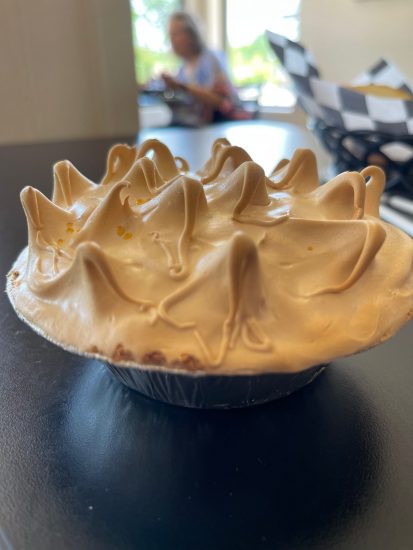 And although there was absolutely no room in our bellies (or daily calorie count) for those desserts, we took home an Ooey Gooey Bar and a Coconut Cream Pie that was “individually” portioned. “Individually” is in quotes there because this theoretically mini dessert can easily feed two people or more if you don’t want to keep it all to yourself.

The thick pie crust is firm enough to come out of the disposable tin mini-pie pan and hold in your hand, though that would be a messy and awkward way to eat it (I’m imagining a self-inflicted, slapstick-style cream pie in the face). Better, set it on a plate and slice it up into manageable slices and share. Its rich, cool and creamy filling had a natural, not cloying, coconut taste, and the picture-perfect meringue peaks were lightly sweet, fluffy fun. The Ooey Gooey bar was also terrific. 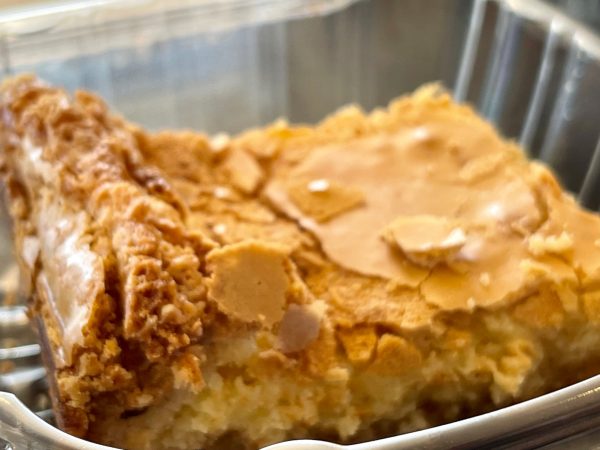 They might not be the first thing you think to order at Two Sisters Cafe, but definitely give Faith’s burger a try. It’s easily in that top tier of Arkansas burgers.