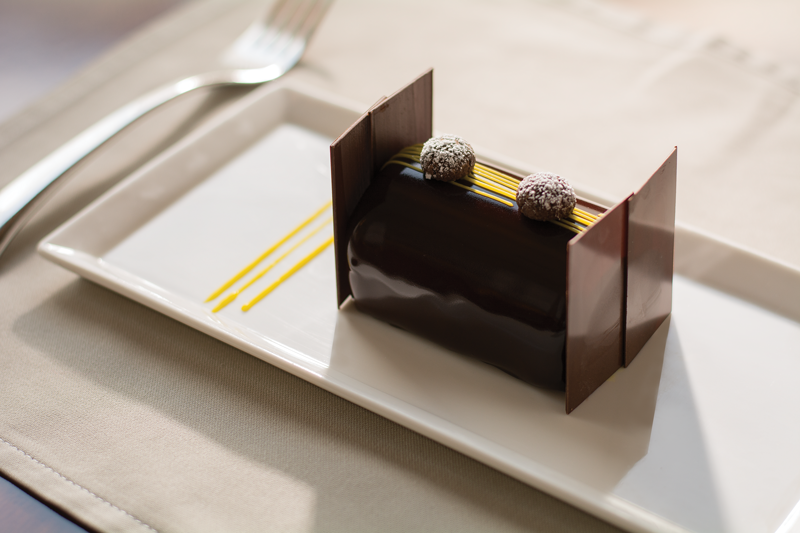 The Chocolate Christmas Log is a delicacy filled with chocolate mousse, pecan praline and lemon curd.

[dropcap]O[/dropcap]ne Eleven is a hidden gem located in the historic and luxurious Capital Hotel. The restaurant is just to the left of the lobby and features a long,  zinc-topped bar with a backdrop of wine displays perfectly  aligned along the walls.  The contemporary restaurant is awash in white with accents of soft grays and browns. Hardwood plank floors and bare tables reflect a casual feel.

Chef Joël Antunes is the creative force behind the restaurant.

Antunes, a native of France, discovered his passion for food because of his grandparents. His grandparents lived on a farm in France.

“When I was a young kid, you know, I liked to stay with my grandma and she was a very good cook,” he says in a thick French accent. “It was a beautiful farm, they have chicken, rabbits, cow and they make fresh cream, fresh meat and fresh butter. I liked to stay inside making food.”

While living overseas for many years in London, Singapore, Bangkok and Japan, he became a lover of Japanese food. Antunes says he spent two years of his life eating sushi. 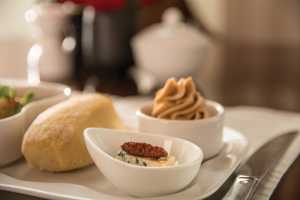 The express lunch has been a great addition to One Eleven. Diners enjoy their choice of a daily entree, soup, a starter, cheese and dessert.

Challenged with fusing French cuisin  with  local Arkansas produce, Antunes likes to be inventive with his dishes. “I love to make the customer happy… Every day I like to make something new and different.”

He uses the knowledge he learned at culinary school and abroad to incorporate original cuisines. 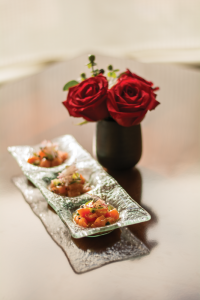 “We make everything from scratch,” he says. “It’s all homemade. We don’t buy anything in a can… We change and create new dishes.”

It’s very important to Antunes to adapt so that he can create foods that are appealing to guests wherever he is located. “In Arkansas, people love the meat. If you go to a different country, like Japan or Singapore, people mostly eat vegetables. People here like chicken and meat. You have to make the best chicken and beef that you can and make the restaurant successful.”

He works with a dynamic team, including individuals from China, the Philippines and South Africa.

Antunes created the express lunch at One Eleven, which includes includes a daily entree, soup, a starter, cheese and dessert for the price of $18. The express lunch has perfect portion sizes for all diners to enjoy.

He loves living in Little Rock and enjoys the scenery the city and surrounding area have to offer.

“It’s a beautiful city, you know? I can take my bike across the river and ride 40 miles on my day off and it’s good,” he says. 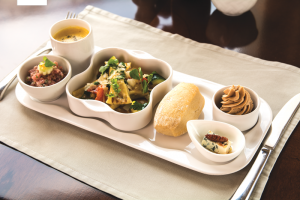 The mushroom carmelli with tomato petals and parsley leaves.