One Step to Getting Rid of Diabetes for Good 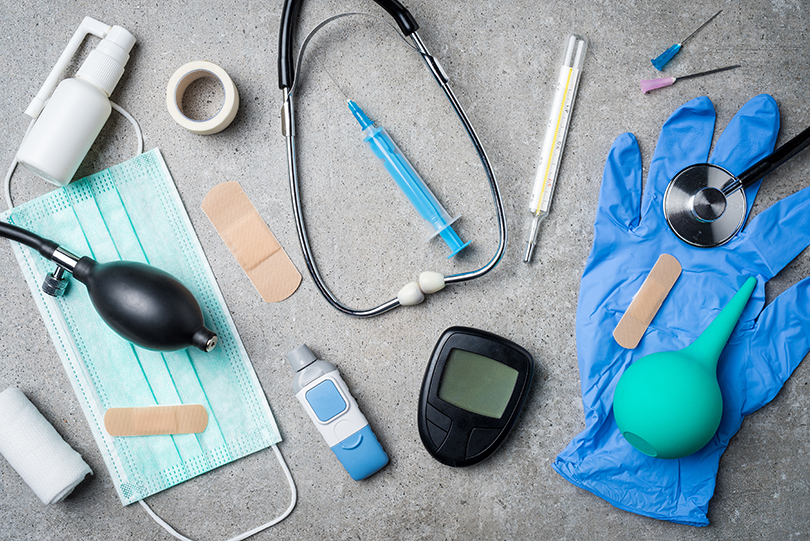 After bariatric surgery, Russellville firefighter and paramedic Todd Thompson not only lost weight, but he also dropped a diabetes diagnosis.
The 43-year-old was diagnosed with Type 2 Diabetes six years ago. He took multiple insulin shots and additional medications orally each day, along with two medications for high blood pressure and a statin to try to lower his LDL cholesterol level. Every month he spent about $200 out of pocket for insulin and other medications, with insurance covering the other 80 percent of the costs.
In addition to the financial expense, his health was taking a toll on his body, which affected how he performed his job.
“My job is to save lives. I felt like I had to do something to save my own. I was tied to an injection pen and taking other meds by mouth each day,” Thompson said. “I was hungry all the time and had no energy. I bought gym memberships, tried running and swimming, bought Nutrisystem plans, Plexus and Advocare, as well as Atkins for Diabetics. I stayed hungry and was prone to muscle injury.”
At Arkansas Heart Hospital’s Bariatric & Metabolic Institute, Thompson met Dr. Samuel Bledsoe, who agreed that bariatric surgery would help Thompson gain control of both his blood sugar and his health.
Four months after surgery, Thompson is no longer a diabetic and is off all of his diabetic medications. Dr. Bledsoe said this response to bariatric surgery is not unusual. In fact, the Institute has seen 80 percent of diabetics having bariatric surgery completely cured of disease, and 100 percent of diabetics have seen improvements. “The effects of bariatric surgery on the diabetic are so profound that the American Diabetes Association now recommends bariatric surgery for the diabetic with a BMI of greater than 40, which is roughly 100 pounds overweight,” Dr. Bledsoe said.
“The surgery is the only thing that has worked for me, and I would do it again in a heartbeat,” Thompson said. “I looked at this surgery for the long haul and worked with the dietitian at the Institute to understand how my diet would change. I am not hungry today for the first time in years. I feel like I finally have control over my body, and I feel like I am going to see my daughters, 12 and 6, and my 10-year-old son, each graduate and get married someday. And that’s priceless.”
This content is sponsored by Arkansas Heart Hospital.