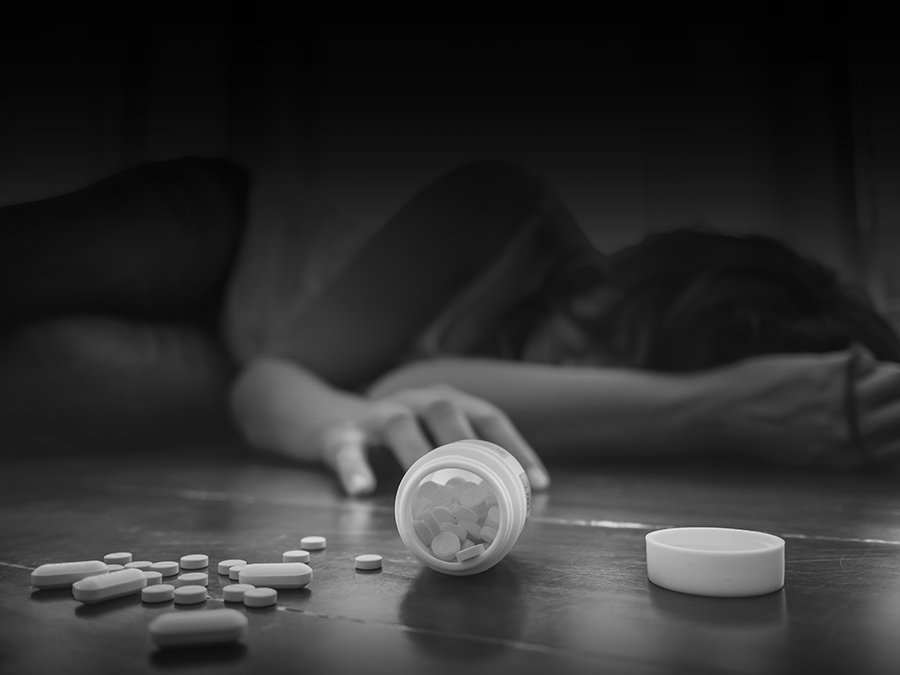 “Every 12.5 seconds another American life is claimed by opioid abuse.”

The statistics surrounding this epidemic may be sobering, but the unfortunate reality is that opioid abuse is still growing in prevalence across the United States, with  more  than  115

deaths occurring each day, according to a recent statement from Jerome Adams, the surgeon general of the United States Public Health Service.

The National Institute on Drug Abuse (NDA) defines opioids as a class of drugs that include the illegal drug heroin, synthetic opioids such as fentanyl and pain relievers available legally by prescription, such as oxycodone (OxyContin®), hydrocodone (Vicodin®), codeine, morphine and many others. Despite the different names, all opioids are chemically similar in that they generate a definitive reaction with opioid receptors on nerve cells in the body and brain. When taken for a short time as prescribed by a doctor, opioids are considered safe and effective for pain relief. However, due to their highly addictive nature (they tend to produce a euphoric sensation along with offering pain relief), they are often abused, leading to addiction, overdose and even death.

Small pupils. Opioids cause the pupils, the black dots in the center of the eye, to shrink considerably while intoxicated.

Frequent flu symptoms. Withdrawal symptoms can mimic those of a cold or flu, and many people experiencing withdrawal from regular opioid use will often claim to be ill before quickly recovering only hours later.

Extreme drowsiness. Opioids have a sedative effect on the central nervous system, and regular users tend to “nod off” at untimely moments throughout the day.

Needle marks. These marks can appear on the arms or elsewhere for opioid abusers who administer their opioids through injections. Often these users will wear long-sleeved shirts or long pants even in extreme heat to cover up the marks.

“The opioid epidemic is at a critical point here in Arkansas,” says Alyssa Pickett, clinical therapist/LCSW at Behavioral Health Services of Arkansas, who notes that heroin and prescription painkillers, like oxycodone and hydrocodone, are the most common opioids that get abused. “Young lives are being lost to these drugs right here in our community. Addiction does not discriminate, and it can happen to anybody.”

• Impairing a person’s ability to think clearly and rationally

• Affecting a person’s relationships with family and friends

• Inhibiting a person’s ability to communicate with others

• Hurting a person’s performance on the job or at school

Arkansas has the second-highest rate of opioid prescribing in the country, trailing only slightly behind Alabama in a recent report by the Centers for Disease Control and Prevention (CDC). More prescriptions are filled in Arkansas each year than there are people, where the highest rate of abuse of pain relievers occurs in those ages 12 to 25. It’s because of these startling facts that Behavioral Health Services of Arkansas, a division of Youth Home, began offering substance abuse treatments on an outpatient basis designed specifically for people ages 13 to 24. The program helps inspire youth to overcome drug use and commit to change.

This summer, the program will become available for even more patients as the Adolescent Substance Use Disorder program will be covered by Arkansas Medicaid. When this change takes place, Behavioral Health Services of Arkansas will be able to provide substance abuse treatment on an outpatient basis through The Seven Challenges®, allowing more individuals to receive these much-needed services.

If you or a loved one is suffering from an opioid addiction, contact Behavioral Health Services of Arkansas.