The numbers are daunting. So much so that they are causing anxious, sleepless nights for the man who leads all planning, budgeting, and implementation of expenditures of state and federal funds allocated for alcohol and drug education, prevention, treatment and law enforcement in the Natural State.

Arkansas is in the midst of an opioid epidemic, and the state’s fight against it will get worse before it gets better, according to Arkansas Drug Director Kirk Lane.

“We’re seeing people coming out of the woodwork saying that they have a problem or that they’ve lost somebody,” Lane says. “I don’t think Arkansas has peaked with its opioid problem, where a lot of other states that you hear about, like West Virginia and Ohio, have peaked. We’re facing an uphill battle, and we’ve got a lot to lose if we don’t band together and try to solve this problem.”

Lane says it’s difficult to pinpoint how bad the affliction is in Arkansas, mainly because of how data is collected.

But when Arkansans as young as 12-years-old have been administered naloxone, the active ingredient in opioid overdose reversal medications, like Narcan and Evzio, the state has a problem on its hands.

“It’s scary to think about someone so young overdosing, but it’s not just an issue with teens and young people. We’re seeing as much of a problem with middle-aged people and seniors,” Lane says. “It’s across the board. It doesn’t matter which race you are or age you are.” 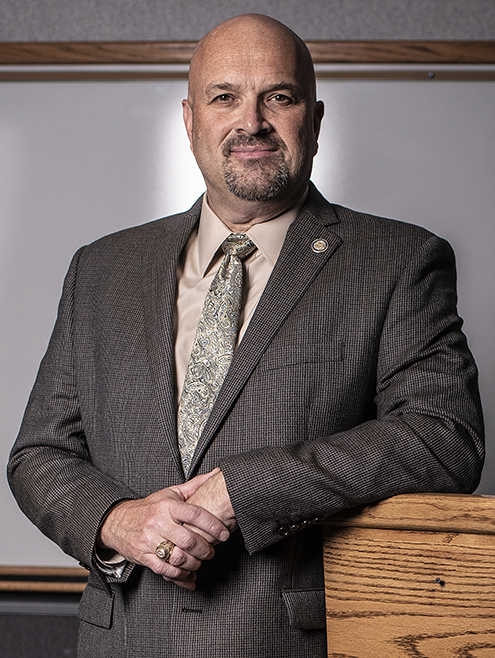 Opioid addiction often starts out innocently, but there is a fine line between the good and the bad that a painkiller can offer. A patient is prescribed an opioid-based medication to deal with discomfort resulting from an injury or surgery. If taken as prescribed, the opioid has healing assisting benefits. But too much of it can give the user a high. As more of the drug is taken, the body builds a dependence and tolerance to it. That causes the user to get violently ill without it and requires ingesting higher quantities of the drug to provide the previous effect. The escalation continues until the user takes potent levels that shut down his or her ability to breathe.

Because prescription medications are accepted in our society their misuse, abuse and dependency have not been stigmatized as compared to illicit drugs. But Lane says there is a slippery slope when prescribed drugs are taken recreationally.

“Arkansas has had the sixth highest prescribing rate (of opioids) in the nation for the last two years, and we’ve been in the top 10 for the past 11 years,” Lane says. “We have a very opioid-dependent population.”

The danger of becoming addicted to prescribed medicines is that they are disbursed in limited quantities. When they run out, users look to the black market to buy prescription drugs.

“Opioids on the street cost about $1 a milligram,” Lane says. “So if you have a 10, 20 or 30 pill a day habit, it becomes very costly. This leads to crime – either stealing pills or money to afford pills or moving on to much stronger illicit drugs, like heroin, or synthetics, like Fentanyl, which are a whole lot cheaper than prescription opioids. And that’s what causing the problems we’re having.”

When users move to illicit drugs, they often don’t know how much is needed to obtain their fix and often overdose.

“Most painkillers are based on morphine,” Lane says. “Heroin is twice as strong as morphine, and Fentanyl is up to 100 times stronger than morphine.

What bothers me the most is that Fentanyl is worse than it ever was. Last year, the government seized a little over 3,000 pounds of Fentanyl. That’s enough to kill the U.S. population twice.

Fentanyl is extremely cheap, extremely potent and extremely deadly. It kills very quickly, but Narcan, which we endorse, is saving people.”

Lane describes Narcan as a “godsend.” Between 2017-2018, he says Arkansas first responders have tripled their administration of the life-saving drug and saved 234 people. On average, that’s one every three days.

In April, in association with the state’s 17th Arkansas Drug Take Back, Lane’s office launched nARcansas, a free app that helps guide people through the steps of administering the opioid antagonist to reverse the effects of an overdose and save a person’s life.

“Some say we are enabling addiction,” Lane says. “What we are enabling is hope; hope that someone may use that overdose experience to get into recovery. We have seen a number of successes with that.

“If someone has heart disease, should we blame their lifestyle and not save them, or do we save them and hope they make changes to improve themselves?”

He says awareness of the fight against opioid addiction is growing and gaining public support.

“We’re facing an uphill battle, and we’ve got a lot to lose if we don’t band together and try to solve this problem,” he says. “The numbers are going to get worse, but this is something we can solve as a community, as a state and as a country.”

While treatment options can often be very expensive, Lane says his department has received federal grants to help people battle their demons.

He adds, “There is money available right now to cover those expenses, especially for those who are under or uninsured. Treatment information is online at artakeback.org. They can contact those facilities listed and get into treatment very quickly.