Orthopedic Needs Through a Lifespan 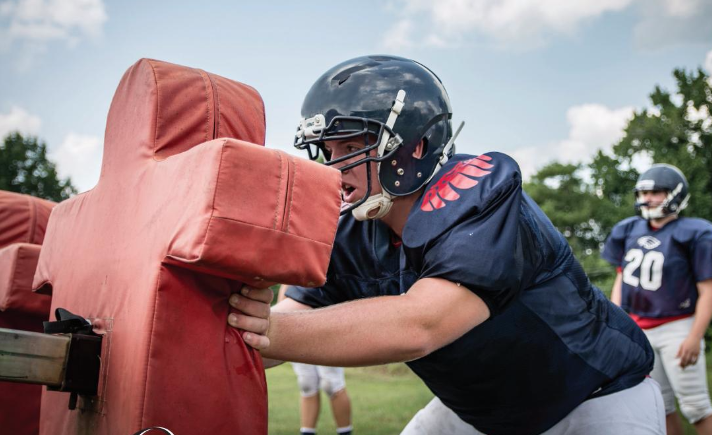 Orthopedics: It’s not just for grandparents with broken hips or young athletes with ACL tears. The practice of orthopedic medicine has a reach that spans the needs of people at every stage of life. Dedicated to the treatment of disorders of the bones, joints, ligaments, tendons and muscles, orthopedic surgeons work in a field that is continuously going through remarkable technological advances to help people of all ages. From birth to age-100 (or more), here is a look at what orthopedic needs people might expect at different stages of life and what improvements have been made in recent years. 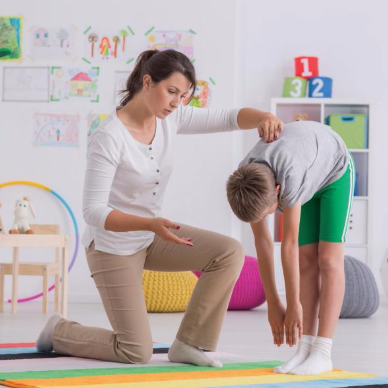 The earliest need for orthopedic intervention, in some cases, might happen at birth. Richard McCarthy, M.D. professor at the University of Arkansas for Medical Sciences (UAMS) and chief of spinal deformities at Arkansas Children’s Hospital, visits patients as young as newborns shortly after delivery who are affected with scoliosis. A sideways curvature of the spine, scoliosis can be a side effect of birth conditions such as cerebral palsy and spina bifida, but those cases are rare. The most common form of scoliosis occurs in school-aged children during a growth spurt. Roughly 3 million cases of the condition are reported each year, and it affects approximately 3 percent of the population. Scoliosis is a familial disease; if one member of the family has scoliosis, it’s very likely another family member will have it as well.

McCarthy stresses that early detection is very important. He advises using an inexpensive app that can be used at home to check a child’s spine. “We’ve been trying to teach pediatricians and general practitioners to use a scoliometer,” he explains. “It’s a level placed on a child’s back that gives you a number of inclination. If it registers higher than 8 degrees, you should have an X-ray.” Unfortunately, due to lack of education, many parents take their children to an orthopedic specialist when it’s too late. “I often get referrals that are late, and the curve has been there for months or even a year,” he notes. When caught early enough, children can be fitted for a brace during a period of rapid growth. However, if the child has gone through the growth spurt already, then, surgery might be necessary. 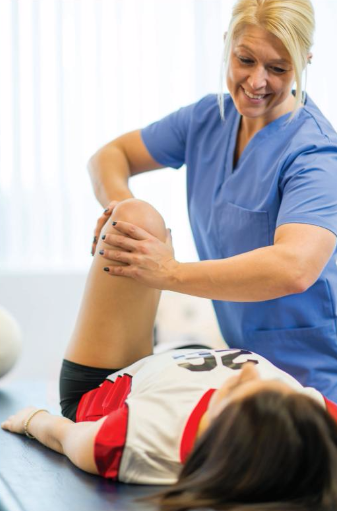 In this age group, many orthopedic visits result from athletic injuries. William F. Hefley, Jr., M.D., who specializes in sports medicine and stem cell/platelet-rich plasma (PRP) therapy at Bowen Hefley Orthopedics, sees a lot of soccer, baseball, basketball and football players in his office. Football players with ACL tears are particularly frequent patients of his. The bad news is that ACL tears are very common in sports. The good news is that this field of medicine is heavily researched and reconstruction treatment has evolved considerably over the past 30 years. “The techniques have improved, and fixation has improved,” Hefley notes. “There are surgeons supplementing fixation with a strong synthetic strap they call an internal brace. They’re doing that with earlier rehab. I like to do it without a tourniquet, without nerve block. We can get people back to the sport earlier than in the past.”

Other common sports injuries include tears around the knee, dislocated shoulders and elbows that require Tommy John surgery, or ulnar collateral ligament reconstruction. “People who play sports, if they play long enough, are going to have an injury,” Hefley continues. “A lot of the work we do is to get kids back to playing quickly.” One of the latest ACL advances for getting athletes back on the field quicker is injecting stem cells and PRP which can decrease recovery time from six months to four months with proper rehabilitation. 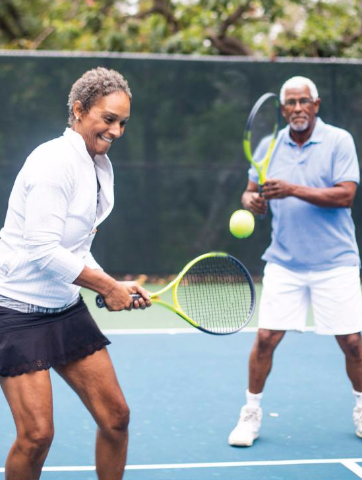 Dedicated to the treatment of disorders of the bones, joints, ligaments, tendons and muscles, orthopedic surgeons work in a field that is continuously going through remarkable technological advances to help people of all ages.

For people in their 30s, 40s and 50s, one of the most common orthopedic issues is carpal tunnel syndrome. Theresa Wyrick-Glover, M.D., who specializes in hand, wrist and elbow orthopedic surgery at UAMS, notes that everyone has what is called carpal tunnel. Carpal tunnel syndrome is a pinched nerve in the wrist. “Imagine you’re driving your car through a tunnel,” she explains. “There’s a roof, sides and a floor. The carpal tunnel is like that. It’s located on the palm side of the wrist. The floor, tunnel and sides of the tunnel are made up of bones and the roof of the tunnel is made up of something called the transverse carpal ligament which you might guess is a fibrous tissue not bone. We think the nerve and the tendons get thicker in that tunnel through age and repetitive use.” As the tendons thicken, the space gets smaller within that tunnel, putting pressure on the nerves there. The result is very much like when a person sits on his foot, and it falls asleep. The nerves cannot work effectively; the area goes numb, and there’s a sensation of pins and needles.

The most common treatment is to start with a brace that keeps the wrist in a neutral position — not too flexed, not too extended. Usually, the brace alone will fix the issue. In some cases, carpal release surgery is necessary. Unfortunately, there isn’t much that can be done to prevent carpal tunnel syndrome because no one knows exactly what causes it. Many people believe it comes from repetitive movement, such as playing tennis or keyboarding, but there are many cases in people who have never worked with any type of repetitive motion.

Some increased factors have been found. Carpal tunnel syndrome is more likely to happen to females, people with a family history and with obesity. According to Dr. Wyrick, doctors believe that if a person lives long enough, he or she will develop carpal tunnel syndrome regardless of occupation or risk factors. 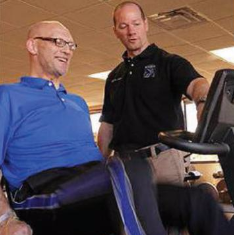 Rotator cuff tears are fairly common for people ages 50 and up. Charles “Chuck” Pearce, M.D., an orthopedic specialist in knee and shoulder conditions at UAMS, explains that there are two ways to tear a rotator cuff. A person can fall or have an injury that causes a traumatic tear, or the area can just wear out causing an attritional tear. For people over the age of 50, attritional tears are the most common. This type of tear is felt usually when a person goes to do an activity that requires lifting the arm at an angle — starting the weed eater, lifting something overhead or reaching into a cabinet. The shoulder pain might start at a constant low-grade level, but it usually gets worse at night. It can be debilitating for many people, even after anti-inflammatory medicine.

The first step is to see a primary care physician. Many patients can receive anti-inflammatory injections and do physical therapy until the shoulder heals itself. Only around 5 percent of patients need rotator cuff surgery. If a person does need surgery, doctors such as Pearce are able to use arthroscopic methods.

“We can see more and do more with a [arthroscopic] telescope,” Pearce notes. “Arthroscopic creates a smaller incision and smaller scar. What I always tell patients is that it’s like a little spy camera that lets you look around the corner without actually having to go around the corner. It’s really helpful.”

Pearce says some people are going to get a tear no matter what; prevention is not absolute. Some factors include genetics and how the rotator cuff is formed. There are a few things people can do to better their chances, such as strengthening the shoulder area. There are four muscles in the rotator cuff. Even if you tear two, if the other two are strong, the symptoms will be minimal. Warming up and stretching before exercising is very important as well as icing the area afterwards if it’s swollen. 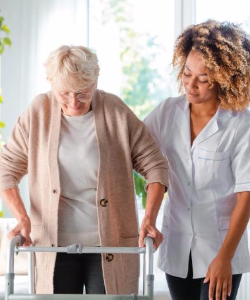 No surprise here, the most common orthopedic issue for seniors is a broken hip. According to Simon Mears, M.D., an orthopedic surgeon at UAMS who specializes in hip care and geriatric orthopedics, there is a big difference between a broken hip and elective hip replacement. A broken hip usually occurs because of osteoporosis or weak bones. An elderly person will fall off a chair or while walking and require emergency hip surgery. The person might have problems with vision, balance or joints. This is more common in people who are older than 70. About 12 percent of people die after a hip fracture, mainly because they were already in infirm health. A large percentage of them will not walk on their own again, requiring the assistance of a cane or walker. Approximately half will go back to their previous state.

“For people with a worn-out hip, elective replacement surgery is a much better prognosis,” Dr. Mears says. “These surgeries are done extremely well, and over 90 percent of people are going to go on with their life as it was before.”

Most people will begin to recover from surgery in the first three months and feel back to normal within six. Mears recommends people focus on preventing osteoporosis by having bone density tests and treating osteoporosis with medicine if found. People should take vitamin B and calcium supplements for bone health, especially if they continue to seek an active lifestyle. For older seniors, falls can be prevented by having a doctor check vision and balance, working on strengthening the body and getting rid of rugs that might cause someone to trip.