Orval Faubus’ School Issues – and the 1954 Run for Governor

As the campaign heated up for the run-off, Cherry raised the specter of the Red Scare—America’s post-McCarthyism fear of a Communist takeover—by tying Faubus to a defunct radical labor educational institution that had been located near Mena from 1925 through 1940.

Faubus initially denied any connection with Commonwealth College but quickly changed his story after Cherry produced articles from the school’s newspaper that mentioned Faubus by name. Suddenly, Commonwealth’s rise as a controversial hotbed of activism became a hot topic for discussion again.

Commonwealth College’s roots began near Leesville, Louisiana, where Frank and Kate O’Hare and William Zeuch established a cooperative community with education targeted toward what they termed a new social class of industrial workers.

Internal conflicts led to a group from the community splitting off and establishing a new base of operations 13 miles west of Mena, Arkansas. At this new Commonwealth College location “Commoners” worked the land while receiving their education.

In 1926, the American Legion’s State Convention accused the school of Bolshevism, Sovietism, Communism, and free love. Although the FBI exonerated the school, residents of the state still deemed it a “Red” institution.

The Commonwealth education focused on liberal arts courses taught with a slant toward creating leaders sympathetic to the labor movement who would eliminate exploitation of workers by corporate capitalists. Students worked four hours each day in lieu of tuition and lodging fees. 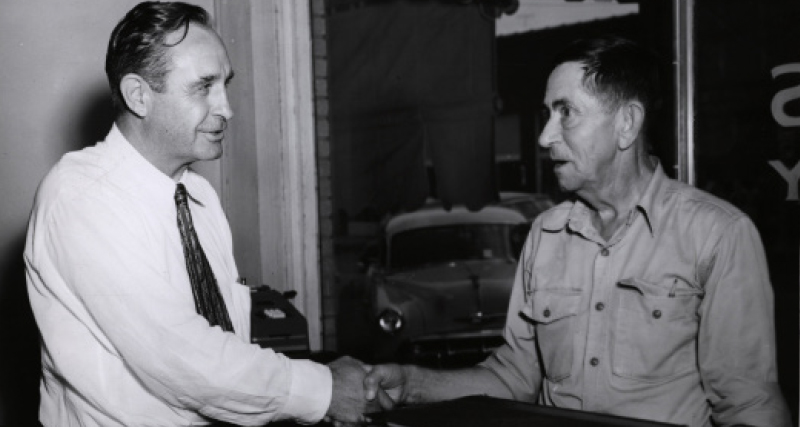 The nature of the school changed radically in 1931 when an internal revolt led by Lucien Koch took over the college and shifted the focus to aggressive labor activism. Commoners traveled to Kentucky in support of coal miner strikes, helped form a new Socialist Party in Arkansas, and became involved with the Southern Tenant Farmers’ Union (STFU) in eastern Arkansas.

The STFU proved to be Commonwealth’s undoing. Although the two organizations agreed to cooperate with each other, STFU leaders feared being associated with a school that had the “Red” taint. The school quickly shifted its focus to training potential union leaders from within the STFU membership.

The STFU withdrew completely from the school in 1938 after the organization learned of a plan by people at the college to seize the farmers’ union for communist party purposes.

According to the Encyclopedia of Arkansas History & Culture: “This was too much for local residents, and charges of anarchy, failure to fly the American flag during school hours, and displaying the hammer and sickle emblem of the Soviet Union were filed against the school in Polk County Court. The college was found guilty and fined a total of $5,000, which it could not pay. Appeals were fruitless, and all of Commonwealth’s property, real and otherwise, was sold to pay the fine. By the end of 1940, Commonwealth College had ceased to exist.”