As the summer quickly approaches, many Arkansans will (should) be making plans to enjoy the best of what our “Natural” state has to offer. From fishing to hiking to birdwatching, there is something out there for everyone in the great outdoors of Arkansas. Here are a few of our favorites. 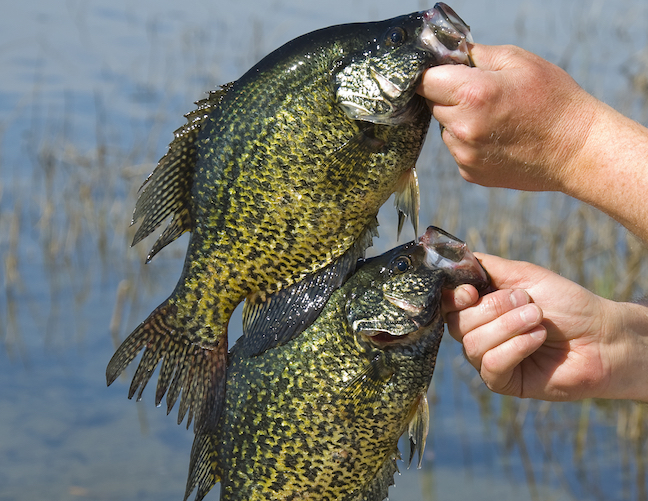 Lake Columbia has been one of the Arkansas Game and Fish Commission’s (AGFC) No. 1 producers in the entire state. The commission compiles stats on how long it takes tournament anglers to catch a 5-pound bass, and Lake Columbia consistently records the lowest number of hours required. 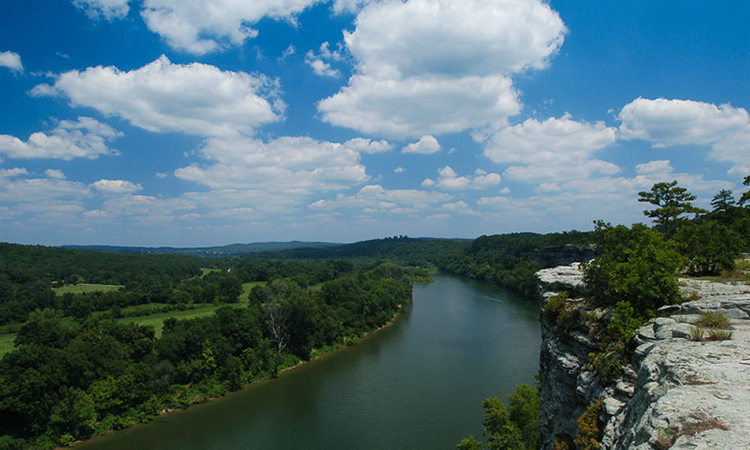 The famed White River is probably the premier trout fishing water in the state, some might even say the country. And while the fish can be found throughout the meandering river, the tailwaters below Bull Shoals Dam are known to produce some of the largest you’ll ever encounter. 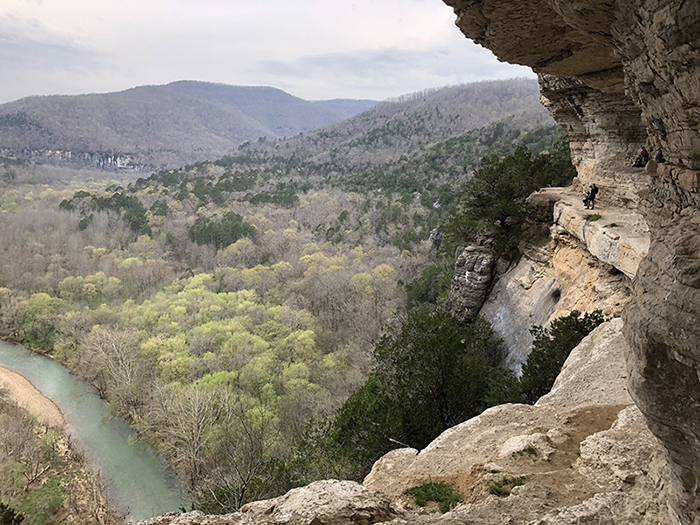 The Eagle Rock Loop Trail is the No. 1 rated backpacking trail in Arkansas according to All Trails. It is a more difficult trail than many, at around 28 miles long with an elevation gain of more than 4,000 feet, but is extremely rewarding. The trail includes a waterfall and numerous places to fish and camp to make it a good multiple-day journey. 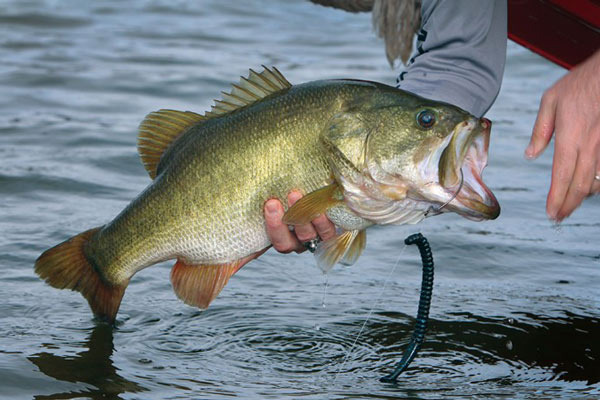 Just north of the Louisiana state line, Lafayette County’s finest is probably one of the best crappie fishing lakes in Arkansas. And it’s no slouch for bass and catfish, either. 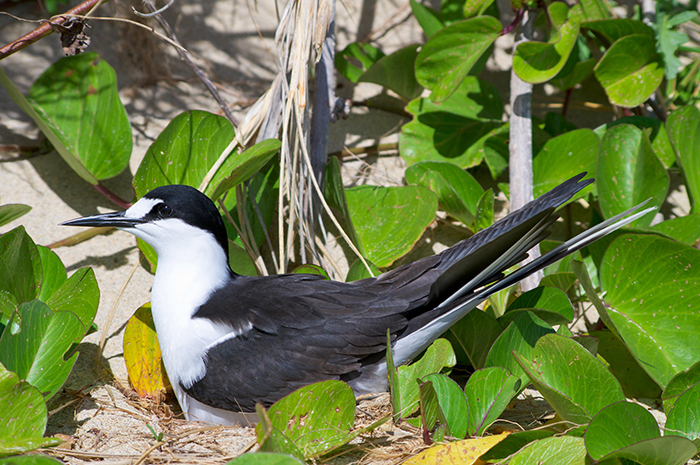 Southwestern Arkansas’ Millwood Lake is a large reservoir that harbors a variety of bird species for watchers to scope out from a number of different vantage points. Given the lake’s location, it is a great place to spot waterfowl during the winter, including dabbling and diving ducks, pelicans and gulls. Watchers might also stumble upon rare surprises, such as magnificent frigatebirds, jaegers, little gulls and sooty terns. 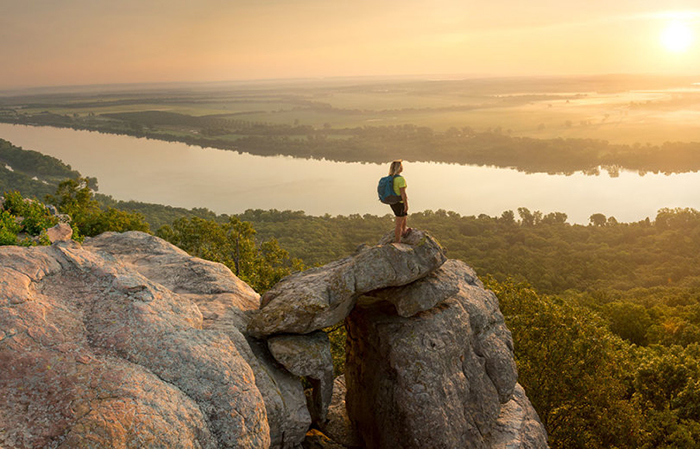 Located at Petit Jean State Park, the Seven Hollows Trail is one of our favorites to traverse. Rated at a moderate difficulty level, the trail is very accessible for families and laid-back trekking. It spans a 4.4-mile loop through a section of the park and includes a waterfall that flows into an approachable grotto which is well-known for its tadpole population in the summer. 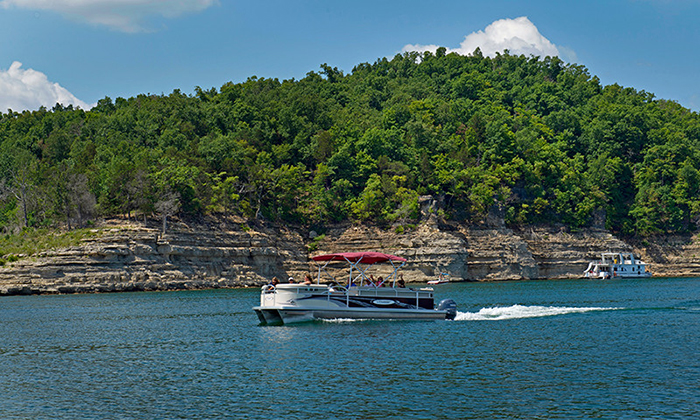 If you haven’t been to Bull Shoals lately, you don’t know what you’re missing. According to AGFC, the lake has had a high-water year majority over the last decade, providing fish with a great habitat of flooded trees and bushes. Young sport fish have a high survival rate in these conditions, so the fishing of bass, crappie and walleye is booming. 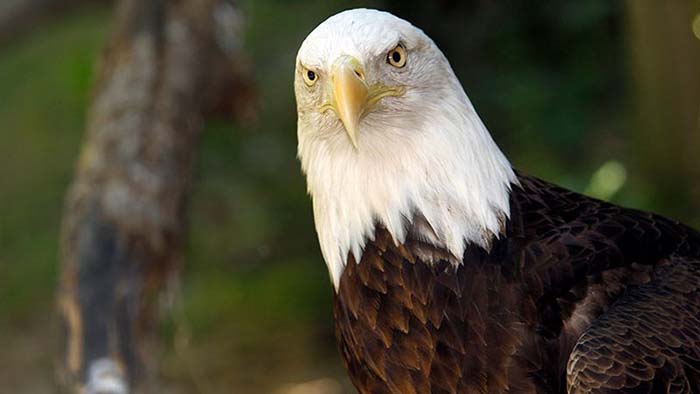 No matter the season, Holla Bend is one of the best in the state for birdwatching. According to the National Audubon Society, more than 270 different species of birds have been sighted in the refuge. Some of the highlights for patient watchers include wood ducks, wild turkey, Bell’s vireo, greater roadrunners, golden eagles and various types of swan. In the winter, bald eagles and long-eared and short-eared owls are known to frequent the site. 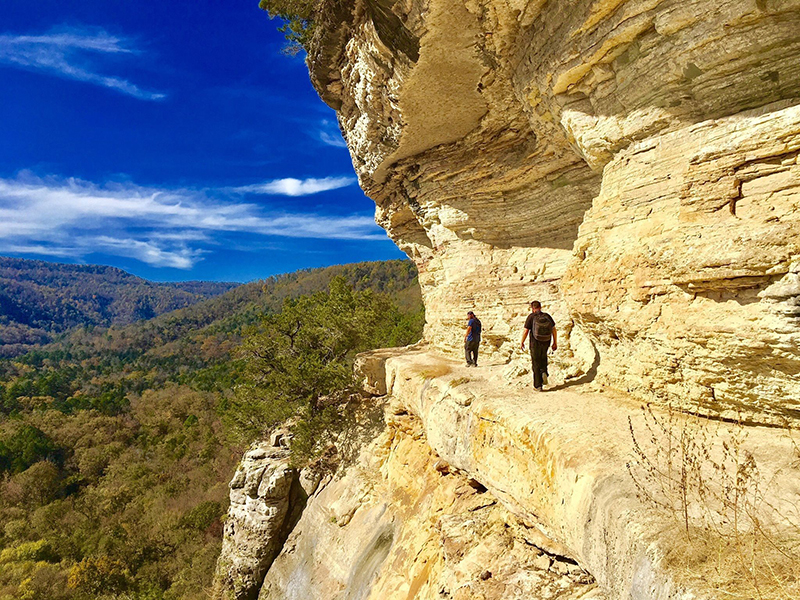 Located off the Buffalo National River, the Centerpoint to Goat Trail is another one that ranks very high but is also rated as a hard difficulty level. It’s a 5.9 mile out and back trail that begins near the river and ends at Big Bluff, a jaw-dropping scenic venue that overlooks the river.