The Outlaw Of The Ozarks 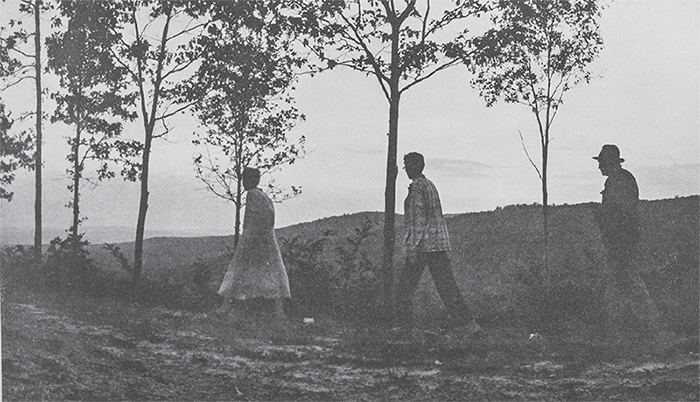 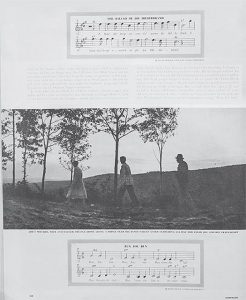 A photograph of the 1960 issue of Life that featured the story of Joe Hilderbrand.

Not many Arkansas convicts have been featured in four-page spreads in Life magazine. Nor have many been the subject of a song, much less half a dozen tunes.
But Joseph Lytle Hilderbrand was not your usual Arkansas criminal. Sixty years ago, Hilderbrand was transported to the Tucker State Prison Farm in Jefferson County to serve a three-year sentence. He’d been convicted of kidnapping and robbing a tourist couple traveling down Scenic Highway 7 in the Ozark National Forest in 1958. After hijacking the young Midwestern honeymooners at the Rotary Ann rest stop, Hilderbrand allegedly had them drive him down the mountain to Fort Douglas, where he tied them to trees before disappearing into the woods with their cash — a total of $1.02.
Hilderbrand had already accumulated a minor record by age 20, serving time in the Faulkner County jail for forgery. A skinny prisoner, Hilderbrand somehow managed to slip between the bars of his cell on the top floor of the courthouse, climb out a window, drop into the bushes below and make his way home.
Home was the Bullfrog Valley area of Pope County, a short distance west of Dover, where Hilderbrand was born in 1935. He was well known in the community, and many felt he’d been wrongly charged and convicted in the incident involving the tourists. He felt that way as well. While sitting in the courtroom anxiously awaiting the jury’s recommendation on sentencing, he asked a deputy why it was taking so long. The man replied, in jest, that they were deciding whether to give him life or hang him. Not realizing he was the victim of a terribly bad joke, Hilderbrand leaped from his chair and bolted for the door but was caught before he could flee from the courthouse. 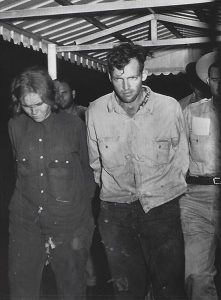 A photo of the AP wire photo depicting Hilderbrand’s arrival to the Arkansas State Police headquarters.

Moments earlier, the jury had agreed to a three-year suspended sentence, but instead gave him a three-year confinement because of his attempted escape.
So Hilderbrand entered the Tucker complex in early 1959 at the age of 24, and, by all reports was a model prisoner. Like his father, he was an expert mechanic, and some acquaintances claimed he repaired “Old Sparky,” the prison’s electric chair, while incarcerated. When the elder Hilderbrand suffered a stroke in November, Joe received a three-day furlough to go home to see his dad. He left Tucker — and failed to return. If law enforcement officers came nosing around, he took to the woods where he knew every trail, cave and abandoned cabin in the mountainous terrain for miles around.
Police once thought they had Hilderbrand trapped in his parents’ home. After escorting his folks from the building, they filled it with tear gas, sure they’d drive him into their waiting arms. He never appeared, so they assumed their tip had been inaccurate. Only later did authorities learn that he was hiding in a secret compartment under the floor, breathing through towels soaked in water. 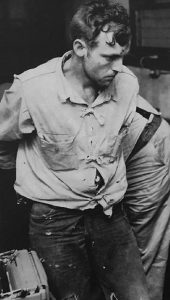 Hilderbrand after capture as detailed by Life. Image photographed from the November 1960 issue.

With bigger fish to fry, local officials didn’t make his capture much of a priority — until one of his neighbors, 18-year-old Frances Standridge, voluntarily joined up with Hilderbrand on September 5, 1960, telling people she thought “everyone was against Joe” and she was going to help him. Meanwhile, Frances’ father claimed that Hilderbrand had kidnapped his daughter. What made the bizarre situation even more intriguing was that Frances was the niece of Ola Standridge, Hilderbrand’s 47-year-old wife.
By now, Hilderbrand had eluded police for 10 months. But the dynamics changed when Standridge vanished into the woods with him. Law enforcement officers rushed to the Dover area and began searching high and low for Hilderbrand and his blonde girlfriend, concentrating their efforts in the rugged territory of the Ozark National Forest. The Arkansas State Police alone assigned 17 units to assist in the search, several of them using bloodhounds. Roadblocks were set up, and planes crisscrossed the skies looking for the fugitives.
A woman at a service station in Lamar made a one-dollar sale of gasoline to a couple matching the description of Hilderbrand and Standridge — and immediately called the sheriff’s office. 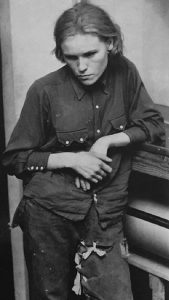 Standridge, after capture as detailed by Life. Image photographed from the November 1960 issue.

“I got so excited,” she said, “I gave them a dollar and 15 cents worth.” They were next seen by a forest ranger near Ben Hur. Later, a farmer in Boxley spotted the pair as they drove off with his car, and he blasted at them with his shotgun. The vehicle was discovered hours later with the rear window shot out. Cars were soon reported stolen in nearby Lutherville and Kingston.
The Arkansas Gazette and Arkansas Democrat ran story after story on the search for Hilderbrand and Standridge, many of them appearing on the front pages of the newspapers. John Robert Starr, a newspaperman later known for his prominent role as editor of the Democrat in its pitched battle with the Gazette, wrote the lyrics for “Run, Joe, Run.” He then hired Little Rock musician Bob Boyd, who was 24 at the time, to put his words to music, giving Boyd half a day to develop the score. Boyd met his deadline, receiving $150 for his efforts. At least five other songs were written about Hilderbrand, four of which are in the archives of the Ozark Folk Center in Mountain View. 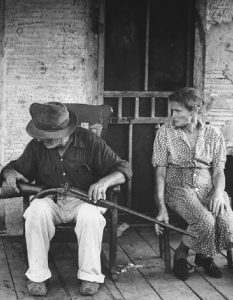 Hilderbrand’s parents, Lytle and Bertha, wait on their porch.

Many of the locals identified with Hilderbrand and Standridge and weren’t particularly forthcoming when asked to assist in the search. For one thing, as law officers tromped through the isolated coves and hollows of the hills, they discovered and shut down certain illegal activities — moonshine stills, to be precise — and confiscated gallons of the precious product. Also, his fellow mountaineers appreciated that Hilderbrand was what could be called a conscientious burglar. While he might break into a cabin for food or clothing, he always repaired what damage he’d done to a door or window. When some of the sympathetic mountain folk took to leaving supplies out for the couple, a Robin Hood-mystique developed around Hilderbrand’s exploits.
Life on the run came to an end for Hilderbrand and Standridge at 9:15 pm on October 12, 1960, when they walked into a stakeout at a remote farmhouse near Treat. Two state troopers were waiting in the dark on the porch as the pair passed through a gate. Flipping on floodlights, the troopers ordered them to surrender. They did, putting an end to a search that involved 30 to 35 troopers, five sheriffs, numerous deputies and additional personnel from the U.S. Forest Service and the Arkansas Game & Fish Commission.
Life magazine ran a multipage story on the Hilderbrand saga in the November 14, 1960 issue. Titled “The Birth of Ozark Ballads,” the piece included seven photographs and excerpts from two songs. 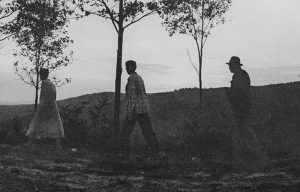 Hilderbrand’s mother, wife and father search for him in Pine Valley. Photographed from the November 1960 issue.

After another short visit to Tucker Prison, Hilderbrand was transferred to the State Hospital in Little Rock for a 30-day mental examination. He remained at this facility into the summer of 1961. On July 31, doctors announced that he could be returned to Tucker. Shortly after midnight on August 1, he removed the bars from his window on the hospital’s second floor, lowered himself to the ground using a sheet and once again lit off for the hills. He was recaptured on October 5 in the front yard of his parents’ house and returned to Tucker.
Standridge received a one-year suspended sentence for larceny. After another stint at the State Hospital, Hilderbrand was returned — yet again — to Tucker where he remained until September 2, 1964, when he was paroled by the Arkansas State Prison and Parole Board. Hilderbrand died in 1998 at the age of 62. He’s buried a short distance from Big Piney Creek in the Bradley Cemetery not far from Bullfrog Valley.
But let’s go back to the alleged kidnapping of that young Midwestern pair in 1958. In a 2003 “oral history” interview for the University of Arkansas Libraries, a retired Arkansas State Police investigator recalled highlights of his 26-year career with the agency. When asked about the celebrated Hilderbrand manhunt, he made a striking declaration: “We found out that Joe didn’t tie up the honeymooning couple; it was his brother who looks just like him and is prone to drink.” No wonder he chose to run.