Pandemic Plight: As A Novel Virus Took Root in the Foreground, the Usual Suspects of Mental Health Arose From Behind the Veil 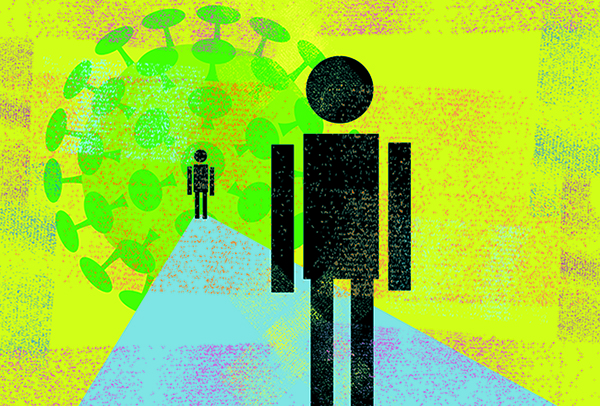 John Doe has battled addiction for nearly a decade. His substance use began as a social pastime during his college years; a little drinking turned into a little smoking and a little snorting, as his cohort of fellow young adults stumbled upon plethoric access to party-time potions. But what remained occasional stimulants for his friends became something much more sinister for him. Recreation turned to addiction in a matter of months.

It was a long and arduous road to recovery, but through strength and resolve, he found it. There were a few false positives along the way, as any recovering addict can relate — a few weeks sober here, a month or two clean there. But this time was different; even his family knew it. And although he was approaching self-sufficiency, he still relied heavily on his weekly counseling sessions and meetings with his peers. Then, another disease bedeviled his success. Not one he suffered from directly, but one that infected his proximity to such a degree as to gash his healing vulnerabilities — COVID-19. A world in lockdown meant only virtual sessions with his counselor, and prolonged isolation can break even the strongest wills. Approaching a full year without substance use, he ceded his battles won at the end of March, fighting tears as the pill bottle rested so comfortably in his hand, like it always had.

He lost his life that night, succumbing to the dark shadow that had followed him around for so many years. His death certificate will forever read “overdose,” but one would be hard-pressed not to argue it should list in adjacency: COVID-19.

For a state already so plagued by mental illness and addiction, it’s hard to imagine a worse scenario than a literal plague adding fuel to the fire, an emergence of thunder and lightning to accompany the dark-clouded rainfall. But that’s exactly the fate we were dealt this year when, after years of battling addiction and mental health, a virus imperceptible to our eyes set our progress back years (at least). The story of John Doe is technically crafted to prove a point, but it is as based on real-life events as any. A telling rooted in anonymity is out of respect for the family and the moment, for this pandemic is ongoing and the wounds it has created still fresh. But make no mistake about its validity.

An August poll conducted by Universal Health Services, Inc., a parent company to many mental health- and addiction-related centers across the country, found a bevy of staggering statistics correlated to this pandemic. According to the survey, 62 percent of respondents reported increases of stress, anxiety or depression, along with 55 percent reporting that those stressors were interfering in their lives moderately, severely or overwhelmingly. Almost 25 percent of participants felt these symptoms most or all of the time. By nearly the same margin, one in four respondents was unsure of what action to take if they had a mental health crisis.

“It’s not just the pandemic; it’s what the pandemic has caused,” says Brooks Higginbotham, LCSW, director of clinical services at The BridgeWay in North Little Rock. “The pandemic has caused a massive shift in life as we know it. The things that people used to do to define themselves and their purposes are different. Because of that, people are experiencing more strain on their mental health, and many are suffering. It’s not uncommon for people to turn to maladaptive behaviors to include substance use when the adaptive behaviors they have chosen to utilize aren’t available any longer.”

Since the novel coronavirus first arrived in Arkansas in March, Higginbotham reports an influx in individuals seeking assistance — an increase in admissions to the mental health hospital for all programs and all ages. Moreover, he notes an uptick in dual-diagnosed adults, those with both a substance use disorder and a mental health illness, “specifically patients experiencing suicidal ideation and substance use disorder.”

For patients already receiving care from The BridgeWay during the pandemic’s arrival in the state, Higginbotham notes that many of its patients experienced anxiety and hopelessness. “We quickly adjusted our treatment to address those issues,” he says. 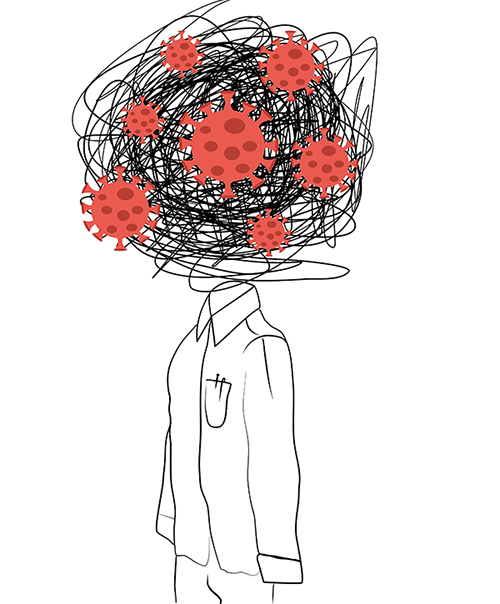 “If you turn the news on or if you pull up Facebook … the amount of exposure to COVID information, the numbers, can sound overwhelming. They sound overwhelming to adults, so imagine what that sounds like to a small child.”

To assert the pandemic’s onslaught on our mental well-being is a double-edged sword wouldn’t be nearly as derogative or accurate as what has been a quite literal Medusa’s head of weaponry. The obvious outcomes — anxiety, substance use, depression — are merely the overarching themes of the moment. Digging deeper into the symptoms, one finds a litany of causes, such as job loss, economic insecurity, a sick loved one, and so on. Deeper still, one might find a teacher, an expecting or postpartum mother, a health care worker, or even a young child. Just as the novel coronavirus does not discriminate, neither do the subsequent afflictions left in its wake.

But if we don’t find any silver linings, then all of the pain and suffering will have been only that. That’s easier said than done, but if we don’t find ways to turn damage into construction, then the real-life versions of John Doe will have died in vain. And, there will be more.

For the remainder of this pandemic and the next, Courtney Bishop, director of assessment and referral at Pinnacle Pointe Hospital in Little Rock, provides some simple advice for children that might prove effective even for adults, given the responses to the United Health Services survey.

“If you turn the news on or if you pull up Facebook … the amount of exposure to COVID information, the numbers, can sound overwhelming,” Bishop says. “They sound overwhelming to adults, so imagine what that sounds like to a small child.”

That isn’t to be misunderstood on the basis of promoting ignorance. Being aware of and cautious to potential danger is inarguably a useful tactic of self-preservation nearly every animal species readily exhibits. But being beholden to danger, living in a constant fear of peril, is a syndrome that will likely lead to deepened anxiety. It’s with the latter that, as most experts in the field will note, control can be lost, and a slippery slope of mental hurdles will likely ensue.

Clinically, organizations across the board were thrust into the world of telemedicine. While it is not a complete remedy, nor one-size-fits-all, it is a method of modern progress. And Higginbotham is proud of the successes he and his colleagues have made with the remote assistance option.

Through telehealth, organizations like The BridgeWay were able to expand to a larger base of patients and increase treatment during the pandemic. While the United Health Services survey found that a negative perception of telemedicine was a barrier for those in need of treatment over the past few months, it also found that around half of the adults surveyed utilized this virtual tool, most of which reported having a positive experience.

“Sadly, I believe that the pandemic’s impact will be the basis of tragic outcomes and groundwork for research for years to come,” Higginbotham says. “For many people, this pandemic has been just traumatic, and their lives have changed completely. Relationships have become strained, and different habits have been developed — really all sorts of things. The effects of trauma can be long-lasting and, unless treated properly, can continue to impact a person for many years. Fortunately, there are mental health providers who can help people [who are] struggling.”