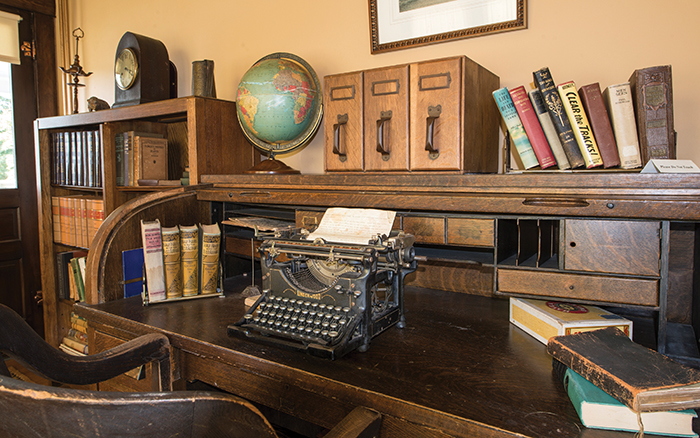 Now at the 60th anniversary of his death, we recall Ernest Hemingway’s deep ties to Arkansas

Ernest Hemingway would often refer to Piggott as “the pig,” and he hated the humid summers, calling them “Christ-offal,” when he visited the Clay County town and the home of his wife, Pauline Pfeiffer.

But he also loved to hunt quail there and enjoyed the seclusion of rural northeast Arkansas, which offered fewer distractions and more of a chance to write. At times, he said he preferred Piggott to Paris.

“Me, I like it better out on the ranch or in Piggott, Arkansas, in the fall,” he wrote in a letter to Esquire magazine in 1933. 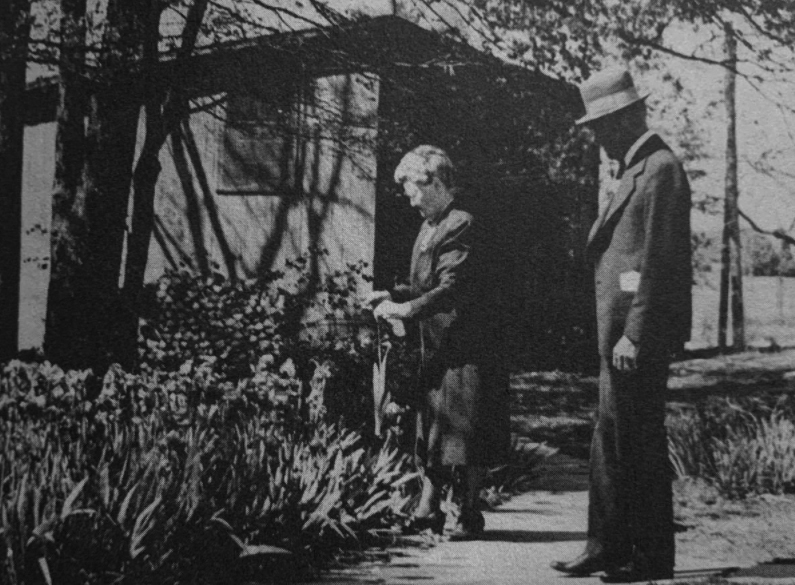 Now, 60 years after Hemingway’s July 1, 1961, death, historians think his love-hate relationship with the town helped craft a writing style that many believe propelled him to the claim as one of America’s greatest authors.

He wrote much of A Farewell to Arms, a brooding tale of two lovers in war-torn Italy, while in Piggott in 1928. The book was published a year later and confirmed Hemingway as a serious novelist. He won the Pulitzer Prize for literature in 1953 for The Old Man and the Sea, but Hemingway felt he deserved the award more for A Farewell to Arms.

“Piggott shaped his work,” says Ruth Hawkins, the former director of heritage sites at Arkansas State University who oversaw the university’s purchase of the Piggott home in 1997 and its conversion into a museum and a research center. “A lot of his art was more biographical. His stories were influenced by his experiences.” 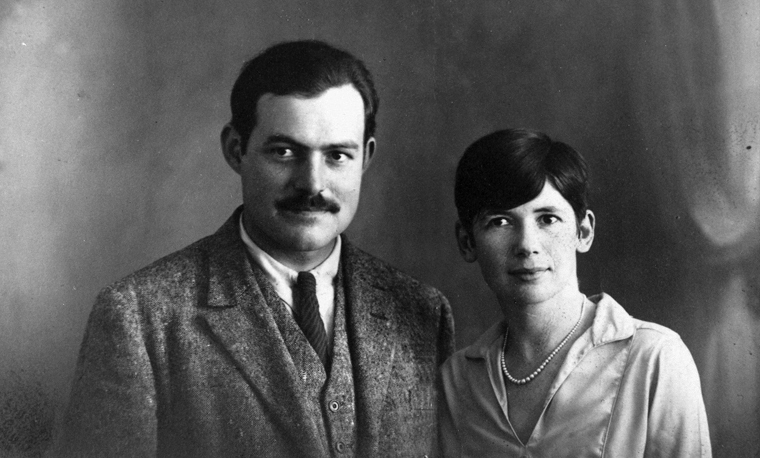 One of his short stories, A Day’s Wait, featured the Pfeiffer home.

Hemingway, who was born in Oak Park, Illinois, was a world traveler at an early age. When he was 19, he drove an ambulance on the Italian front during World War I. He was also a reporter for the Kansas City Star and covered Paris for the Toronto Star where he met Pfeiffer. He was married to Hadley Richardson, but met Pfeiffer in the spring of 1925. Pfeiffer first found Hemingway “oafish and insensitive” to his wife.

Pfeiffer’s father, Paul, moved his family to Piggott from St. Louis in 1913 after, legend has it, he was stranded there when flooding prevented a train he was on from traveling any further. Paul saw farming potential in the fertile Delta soil and bought more than 60,000 acres in Clay County and eventually opened the Pfeiffer Cotton Gin in Piggott.

Pauline earned a degree in journalism from the University of Missouri and became an assistant to the editor of the fashion magazine Vogue in Paris.

Hemingway, enamored with Pfeiffer, divorced his wife, Hadley, on April 14, 1927. He and Pfeiffer were married on May 10, 1927, and soon the two were spending time in Piggott. 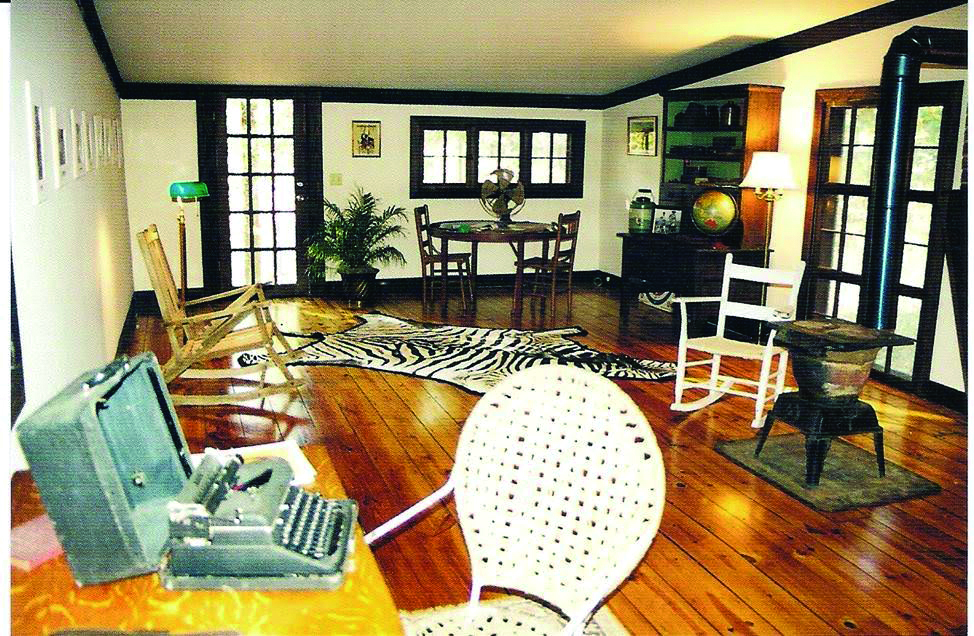 “He found he liked getting away,” says Hawkins, who is also the author of Unbelievable Happiness and Final Sorrow: The Hemingway-Pfeiffer Marriage. “He had peace and quiet. He wasn’t bothered by his friends like he was in Key West.”

His wife’s uncle, Gus Pfeiffer, took a liking to Hemingway and often gave him money while he was writing. He also converted a carriage barn behind the Oak Street home into a writing studio where Hemingway worked. As a result, Hemingway dedicated A Farewell to Arms to her uncle.

“That book gave him his first commercial success,” says Adam Long, director of the Arkansas Heritage Sites at ASU. “A Farewell to Arms made him a famous writer.”

His next novel, For Whom the Bell Tolls, was also a major success. 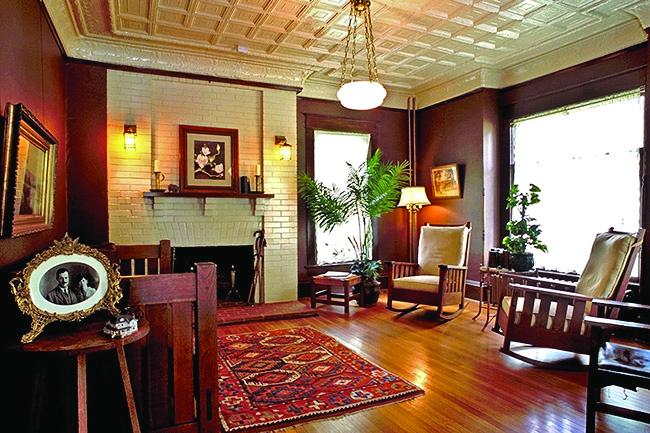 Hemingway earlier published The Sun Also Rises, a plodding tale of American and British expatriates who travel to Pamplona to watch bullfights and visit coffee shops and bars, in 1926. It had received mixed reviews, and critics said the theme was more suited for a short story.

Even Hemingway’s friend, author John Dos Passos, wrote in a review of the book, “What’s the matter with American writing these days? The few unsad men of this lost generation will have to look for another way of finding themselves than the one indicated here.”

Dos Passos later apologized to Hemingway for the criticism.

After his Piggott days, however, acceptance of his writing became more positive. 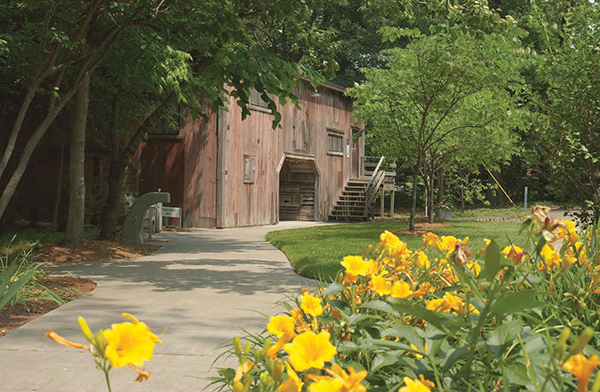 “He is one of the greatest short story writers of all time,” Long says. “I think he was one of the top two or three influential writers after changing his style and his storytelling.”

Despite his success, Hemingway was viewed by the Piggott townsfolk as just another person. He was more Paul Pfeiffer’s son-in-law than any famous writer. And he was a tad eccentric.

He would stand at a desk to write. Children would peer through gaps in the carriage barn walls to watch him, angering the author.

“I am just about as pleasant to have around as a bear with sore toenails,” he once said of his writing process.

At times he sported a scruffy beard and wore clothes more suited for the flashy Key West than the more-reserved Arkansas. He was a hulking figure, and when he jogged around the neighborhood, he scared the children at a nearby elementary school.

In 1930, Hawkins says, Hemingway was injured in an automobile accident and had to use a crutch. He walked from the  Clay County courthouse up the hill to the Pfeiffer home one winter day and the school children, thinking he was a hobo who had just jumped off a freight train, pelted him with snowballs and derided him until he hobbled away.

He didn’t ingratiate himself when Paramount Pictures released the movie version of his A Farewell to Arms in 1932 and held a premiere of the film at the New Franklin Theater in Piggott. The film starred Helen Hayes and Gary Cooper. Hemingway, some accounts say, was angered that the movie studio gave the film a happy ending (in his book, the protagonist’s wife dies in childbirth at the end) and skipped the showing. Some say he got drunk and staggered back to his Piggott home. Others said he escaped to St. Louis to avoid the premiere.

He also once called Piggott the “disease capital of the world” because of a smallpox epidemic there in the 1930s, and he took his wife to a Kansas City hospital to birth their son, Patrick, because he was distrustful of Piggott’s lack of medical services.

He was critical of the town, complaining about the constant sweltering climate in the summer of 1928 when temperatures baked the area for days. “Am damned sick of the heat,” he wrote in a letter. “Been over 90 degrees almost every day for nearly a month.”

In 1933, Long says, an improperly vented stove in the carriage barn caught on fire. Hemingway and others rushed into the barn to save things; Hemingway tossed pages of his new manuscript out of a window in an attempt to preserve it. Unfortunately, Hawkins says, firefighters inadvertently doused the pages with their fire hoses as they battled the blaze.

As was his habit, Hemingway couldn’t remain faithful to his wife and had an affair with Martha Gellhorn. He decided to marry her, and he and Pauline divorced in 1940. Pauline died in 1951 of a tumor in her adrenal gland. Ten years later, Hemingway died by suicide, fatally shooting himself in Ketchum, Idaho.

In 1997, fueled by a $200,000 donation from a Rector couple and $135,000 appropriated by the state legislature, Arkansas State University bought the home from a Charlotte, North Carolina, woman.

The two-story house at 1021 W. Cherry St. has five bedrooms, maids’ quarters and a wraparound porch. It is on the National Register of Historic Places. A scene in the 1957 movie A Face in the Crowd, starring Andy Griffith and Patricia Neal, was filmed by a swimming pool behind the Pfeiffer house. Hemingway told director Elia Kazan about Piggott, enticing him to shoot a portion of the movie there.

“First, it serves as an educational lab for students,” she says. “People can read Hemingway where he wrote.”

Students from colleges, high schools and elementary schools can tour the center. Students can now stand in the same spot he stood to write.

“It also serves as an economical catalyst for this rural community,” she says.

Within two years of the opening of the museum, locals opened 14 tourist-related businesses, including a bed and breakfast.

It also changed some opinions of Hemingway, years after his death.

“People who once thought negatively of him because of his divorce with Pauline and his actions, now see him as a great writer,” she says.

Just before the COVID-19 pandemic altered travel, more than 30,000 people visited the museum each year, Long says. The center also hosts writers’ retreats for aspiring authors, and each year, the university invites someone to be a writer-in-residence who lives in Piggott for a month, teaches writing classes in the house and writes where Hemingway did. 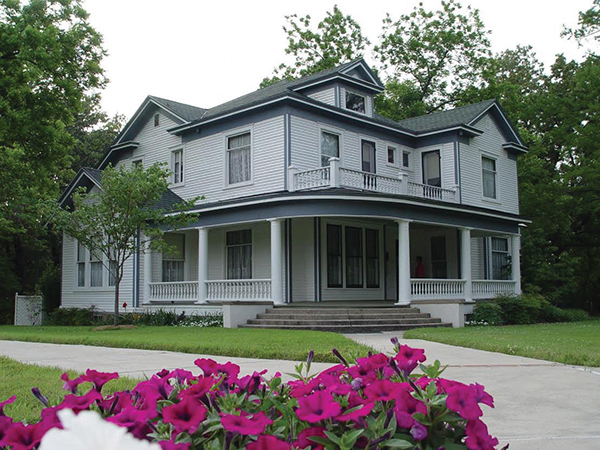 “It was daunting to work where he did,” says Hugh Martin, an Athens, Ohio, English professor, who was the writer-in-residence in July. Martin earned his doctorate and will teach this fall at Holy Cross.

“Working in the studio where he did was powerful,” Martin says. “You think of the work he did here and how influential it was. There are a lot of feelings. It’s a lot of pressure. I think it’s one of the more special opportunities I’ve ever had.”

The home now draws international attention to Piggott, a town of slightly more than 3,600 people, and puts in mention with Hemingway’s other homes and vacation spots in Paris, Cuba and Key West.

“It puts Piggott on the map,” says Piggott Chamber of Commerce president Tim Blair. “A lot of people who come here had never heard of our community before. But the home draws people. It gives them a sense of familiarity with Hemingway.”

The home is open for hourly tours from 9 a.m. to 3 p.m. Mondays through Saturdays, which begin at the museum store. A portion of the tour takes visitors through the carriage barn.

“People go there,” Blair says. “They stand in that studio and immerse themselves in the spirit of Hemingway.”