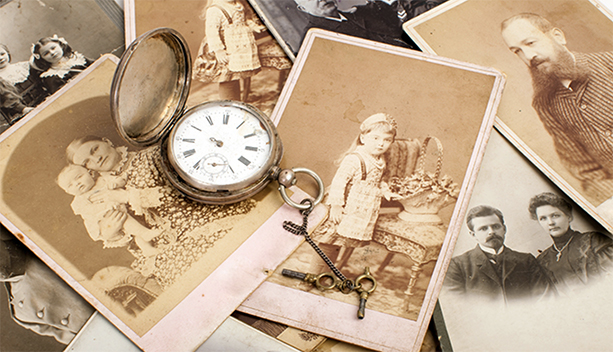 It has been written that family history is “part therapy” and “part thriller,” and both aspects may be beguiling during a time of change in The Natural State like an ongoing pandemic.

Has the isolation period encouraged you to work creatively on your family history during free time?  Filmmaker Bronson Crabtree, 22, of Little Rock won the $150 “Family” award for his “Pieces of History: Kent Westbrook” film, which featured the Native American artifact collection of his physician grandfather, Dr. Kent Westbrook.  Since family connection has been an especially important factor for many during the pandemic, American Dream Genealogy and Research in Little Rock offered this award related to Arkansas family, broadly defined, as an effort to capture the first draft of family history about Arkansas’s isolation period.  Crabtree was one of four winners in the Isolation Imagination Film Contest initiated by Gary Jones Video. See Crabtree’s short video here: https://vimeo.com/416518721/c6d52382bd

May is a month that encompasses genealogy touchstones like Mother’s Day and Memorial Day, reminding us to investigate further the worlds of our ancestral grandmothers and military family members who died while serving in the U.S. military.

Though many are still observing social distancing of the pandemic period,  you are still welcome to go to the cemetery for genealogy research found there (at cemetery offices, on both sides of stones) or to honor ancestors for the Memorial Day holiday on May 25. Many place flags at the gravesides of fallen military ancestors. (Groups such as DAR that traditionally volunteer for this work together annually in major cemeteries such as Mount Holly in Little Rock have been unable to do it because of health precautions.)

Another way to honor those who served in our families is to wear a bright poppy, a flower associated with World War I related to the poem line published in 1918, “In Flanders fields the poppies blow, between the crosses row on row” recognizing 9 million soldiers who died in the war.  Many of those soldiers also battled the Spanish flu, a reminder of the common life elements we often share with ancestors across centuries.

If you are a runner, you may even be interested in the first “Remember the Fallen” Virtual Run Challenge in Little Rock set for Friday, May 15-June 15.

If you are interested in researching ancestors connected to medicine in Arkansas, it may help you to learn more about the Society for the History of Medicine and The Health Professions that was formed in 1981 to buttress the UAMS Library’s Historical Research Center. It has exhibits, lectures, a digital collection and webinars that might help in your discovery. It has recently offered webinars on quack medicine and the 1918 Spanish flu in Arkansas and has stay-at-home webinars scheduled through mid-July. For those who join, there’s also an annual membership meeting and dinner.

If you’re in a family with a long-term family business in the Natural State, please see the article in the May’s Arkansas Money and Politics related to generational businesses in Arkansas.

In the 6-part series, Moore and her team are revolutionizing crime solving by working with police departments and crime scene DNA to help trace the path of a criminal suspect’s family tree, uncover their identity and bring them to justice. The Genetic Detective premieres Tuesday, May 26 at 9 p.m. CDT.  It’s a great opportunity to see a genetic genealogist at work.

As the isolation period has created an opportunity to delve into genealogy projects with more uninterrupted time, genealogists like Lisa Louise Cooke (GenealogyGems) have created new programming to expand at-home genealogy horizons.

Cooke, slated to be the featured speaker for the AGS fall seminar in October, has created “Elevenses With Lisa,” first on Facebook and now YouTube, in addition to her podcasts. Different weekly topics are explored, such as how to organize genealogy research. The show is available live, usually at 11 a.m. Thursdays, and then in video. There are also show notes.

Many archives, genealogy/historical organizations, and libraries are offering free webinars during this period when many facilities cannot be open to the public. Check to see what your personal favorites are doing. The Arkansas State Archives is offering videos on its Facebook page related to Arkansas history.  Some are also posted on YouTube such as this one about the artist who created a painting of the famed Arkansas Traveler.

Jeanne Rollberg is a genealogist with American Dream Genealogy and Research who also serves on the boards of the Friends of the Arkansas State Archives and the Arkansas Genealogical Society. She teaches genealogy classes at LifeQuest of Arkansas