For the second stop on the Patio Bucket List, Heather Baker hangs out at The Pizza Cafe West patio. 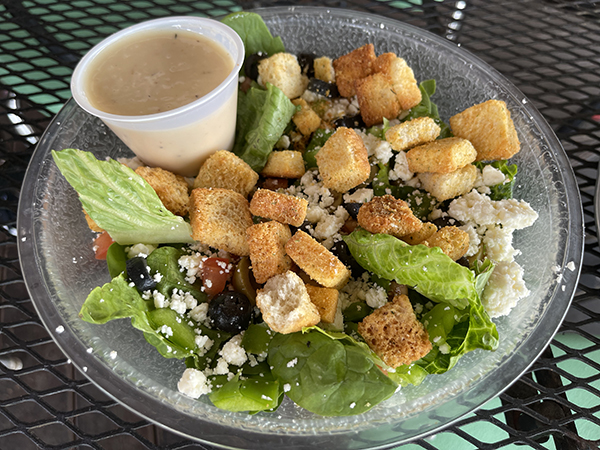 From salad to chicken wings, Bakers is all over The Pizza Cafe West’s deep-fried chicken wings, and the only thing she loves more than those wings is the restaurant’s ranch.

“Their ranch is parmesan ranch and it is scrum-diddly-umptious,” Baker says. “You can no go wrong with that, so order these wings, get ‘em extra crunchy and you’ll be happy.” 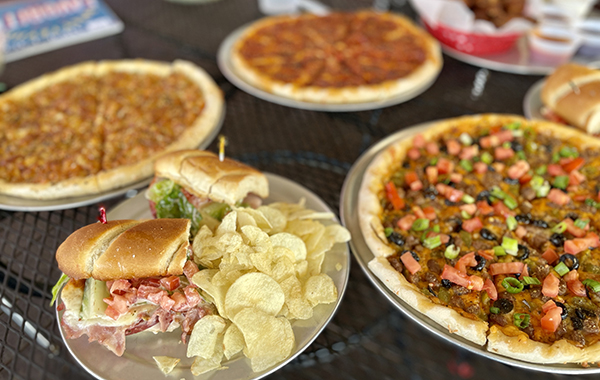 Bringing back the love for The Pizza Cafe West’s homemade vinaigrette, Baker moves on to the sub sandwiches. Baker tries out the Italian sub which includes ham, pepperoni, salami, provolone cheese, tomatoes, lettuce and that special vinaigrette dressing. She also enjoys the char-grilled chicken and provolone cheese sub with lettuce, diced tomatoes and honey mustard dressing.

“Look at all the sauces,” Baker says with excitement. “You cannot go wrong with anything here at Pizza Cafe West.”

Before she starts on the main event, the pizza, Baker pours herself an ice-cold mug of beer.

“They have beers on tap, and it goes perfectly with this margarita pizza,” she says before taking a bite of the cheesy pizza. 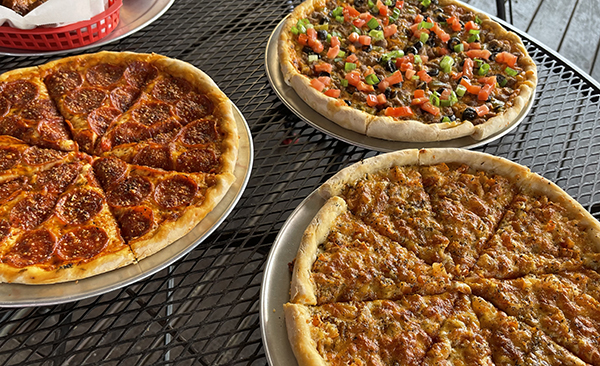 “It’s like a taco on a pizza, and it’s definitely packing some heat,” Baker says.

Before wrapping up her meal, Baker has to have a slice of the traditional pepperoni pizza.

“You have to end on the pepperoni pizza. It’s always so good.” 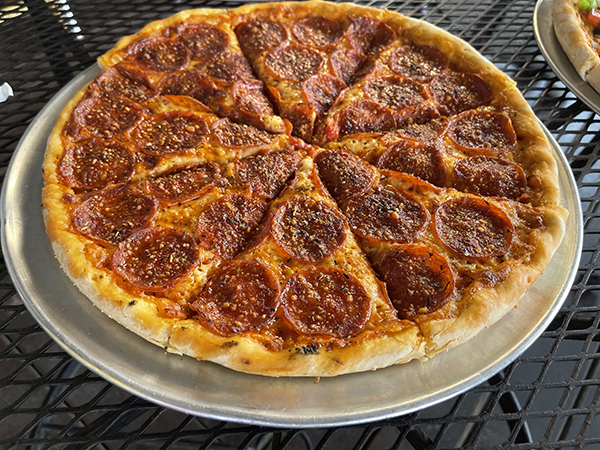 Tune in next week to find out where the next stop on the Patio Bucket List will take Heather Baker.

For your chance to win a gift card to Pizza Cafe, click here.