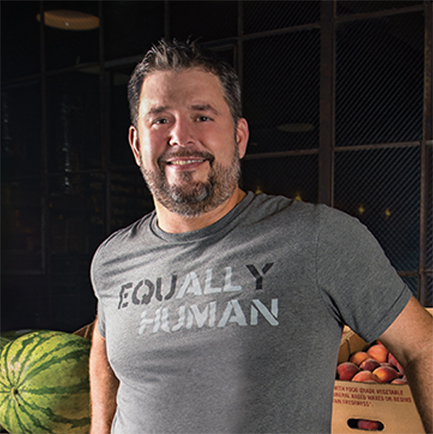 Scott McGehee is an Arkansas local with a desire to create food. With a family influence like his great-grandmother having run the Red Apple Inn near Heber Springs and his father having partnered with Mark Abernathy to create Juanita’s and Blue Mesa Grill, it’s easy to see where he got his spark.
“I have family in Italy,” McGehee says in a video interview. “I’ve always had a passion for wood oven pizza.”
McGehee started ZAZA in 2007 with the first location planted in Little Rock’s Heights neighborhood and the second ZAZA Conway location planted in 2010. From there he has grown an empire of restaurants with the creation of Yellow Rocket Concepts.
“We’re always challenging each other,” McGehee says. “That recipe was awesome when we developed it eight years ago, but could it be 20 percent better? Could it be replaced with something that’s more current? Could it be replaced with something that’s, like, the next big thing?”
Restaurants partnered with Yellow Rocket Concepts include: Local Lime, Big Orange, Lost Forty Brewing, Heights Taco & Tamale Co. and of course ZAZA.
“We love our team. They’re our family,” McGehee says. “We want all of them; if they’re leaning toward a bad path, we want to get them on the right path. We want to be a part of their success. We want to look back in five years and be proud of them, and we want to be proud of our company in terms of how we treated them.”
Yellow Rocket Concepts recently brought both Local Lime and Big Orange to Northwest Arkansas. They are currently planning to create another restaurant in Little Rock next year.
“People want to be in places that are authentic,” McGehee said. “If there is any legacy that I can leave, I would one day like to be a part of a group like that.”
RELATED: Intriguing Men: Scott McGehee