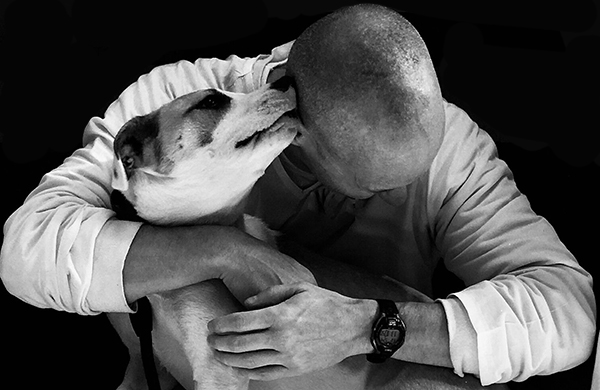 Although the need for animals in shelters and rescues to go to loving homes is always urgent, it is helpful for everyone involved if these animals can be trained before being adopted. Of course, the resources to make that happen aren’t available to shelters and rescues. That’s where Arkansas Paws in Prison comes in. The 501(c)(3) nonprofit program of the Arkansas Division of Correction has combined resources to allow rehabilitating inmates the opportunity to give shelter and rescue dogs a second chance in life, just as they have been given.

Arkansas Paws in Prison is based off of a program offered by the Missouri Department of Corrections called Puppies for Parole. Schilden said that when researching programs of this sort, the Arkansas Board of Corrections toured facilities in Missouri that participated in the program and were blown away by what they saw. Now, Paws in Prison, like Puppies for Parole, is making a huge difference and has reduced the number of dogs euthanized and living in animal shelters. 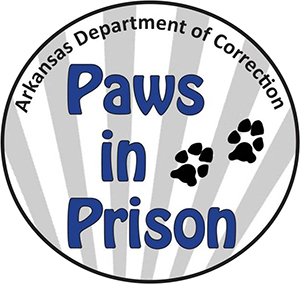 Victoria Vander Schilden, executive director for the Arkansas Paws in Prison Foundation, works to develop and maintain the program as a successful rehabilitation and training program for everyone involved through rehabilitating inmates who qualify for the program while simultaneously helping rescue dogs and training them in basic obedience.

While basic obedience training is required, Schliden says that some of the inmates and dog teams choose to participate in more advanced training. In fact, Arkansas Paws in Prison trained Vessel, a star student in the program, to be able to detect water leaks. Vessel currently works with Central Arkansas Water.

There have been many other proven benefits to the program, including the ability for the dogs to become better suited for adoption as a result of being trained to be loving and obedient. According to the Division of Correction, when dogs have been properly socialized and trained, their chances of being adopted and not returned to a shelter improved dramatically.

However, Schilden explained that while there are so many dogs in need of training from partner shelters and rescues, not every dog is suitable for living in the correction facility. Since the dogs live in close proximity to other dogs and people, the dogs who enter the program have to behave well around people and other dogs. According to Schilden, the dogs are with their trainer all the time, training for approximately four to six hours a day. 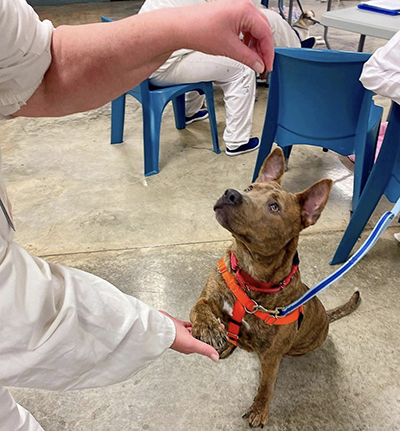 Gunnar shaking hands with an inmate. (Photo Courtesy of Paws in Prison)

“It’s a win-win all around – a win for the inmates because they get to learn marketable job skills, and they learn compassion through being able to help give dogs a second chance at life. It’s great for the dogs because they get the training they need,” Schilden explains. “It is such a privilege to see what this program does to benefit everyone involved.”

“At most facilities there are waiting lists full of inmates who really want to participate in this program. Really, they have to be able to stay out of trouble to stay in the program,” Schilden says. 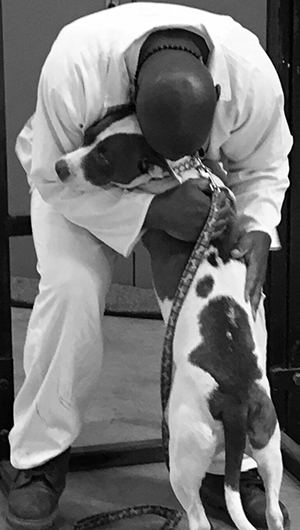 Photo courtesy of Paws in Prison.

According to the Division of Correction, Paws in Prison strives to be able to decrease recidivism rates – the rate at which convicted criminals reoffend. Since the program began in 2011, more than 1,900 dogs have been rescued, trained and adopted. The program has also been able to expand its capacity, fulfilling needs for vocational training for both male and female inmates.

Paws in Prison Provides a Second Chance The Division of Correction also says that many of the inmates who have trained dogs in the Paws in Prison program have been hired for animal-related jobs after parole. Among these vocations, many who participated in the program now work for partner rescues and shelters of Paws in Prison, as well as providing service dog training.

“In shelters and rescues, the rate at which dogs are being adopted has significantly slowed down recently,” Schilden says. “I want to encourage anyone who has a heart for rescue dogs to apply to foster or volunteer at these organizations.”

According to Schilden, the most important and helpful thing to prevent shelters and rescues from being overfilled is to make sure you spay and neuter your pets.

The partner shelters and animal rescues of Paws in Prison include Last Chance Arkansas, Stone County Humane Society, Dogsamust, Jefferson County Humane Society and the Humane Society of Independence County. According to Schilden, the partner shelters and rescues handle all of the adoptions, therefore, there is no generic adoption form to be found through the Division of Correction. If individuals find a dog they would like to adopt through the Paws in Prison program, the Division of Correction website explains the next step would be to reach out to the partner organizations for adoption proceedings.

There have been several success stories for both the trainees and trainers in the Paws in Prison program. Many of the dogs’ adoption stories can be found through the Department of Corrections website.

For those interested in supporting Paws in Prison, there are opportunities to donate to the program, buy from the foundation’s Amazon Wish List, or support the program simply by shopping on Amazon Smile – which is just like shopping on Amazon, but with an added bonus equal to 0.5% of eligible purchases going to Paws in Prison. In addition to these options, donations for the program can also be made through a mail-in check (which must be mailed to Arkansas Paws in Prison Foundation, 1302 Pike Avenue, Suite C, North Little Rock, Arkansas 72114), stock, donor-advised fund designations, property, real estate, bequests and/or cryptocurrency via BitPay.