On March 7-8, 1862, some 10,500 Union soldiers turned back about 16,000 Confederate troops who were marching through extreme northwestern Arkansas en route to Missouri with hopes of capturing St. Louis. As a result of the battle, Missouri remained in Union hands for the duration of the Civil War and the door was quickly opened to the federal conquest of Arkansas and the lower Mississippi River.
Today, the grounds and history of that battle are preserved and interpreted as Pea Ridge National Military Park. It is one of seven Arkansas sites in the National Park System, which celebrates its centennial this year. 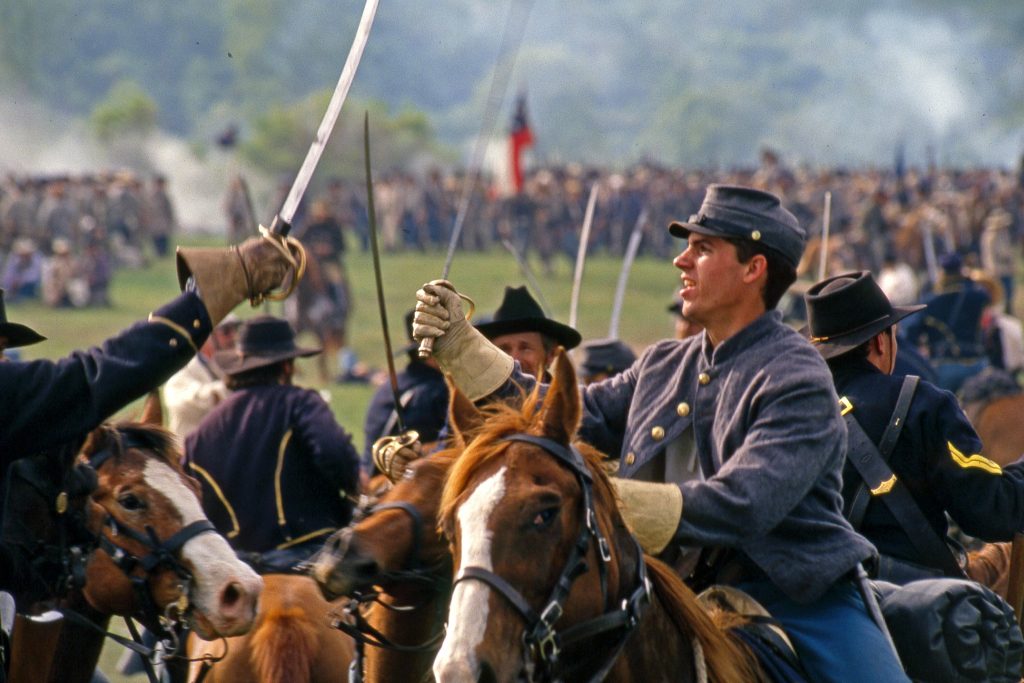 Located on U.S. 62 about nine miles northeast of Rogers, the 4,300-acre Pea Ridge National Military Park preserves the entire battlefield, much of it appearing as it did when the fighting occurred.

“We were established because of the battle,” Park Superintendent Kevin Eads said. “There were 26,000 soldiers combined that fought and thousands that fought and died. So preservation is to honor them and to memorialize their actions, both sides. The preservation also is so that we can share that story generation by generation in such a way that we are able to make it relevant to that time.”

He said the importance of the site goes beyond the actual battle itself but also speaks to bigger issues such as why the Civil War occurred and what happened afterward. All of that ties in with the area’s cultural resources as well as the natural. Eads advises visitors to go to the park’s website, www.NPS.gov/peri, and Facebook page for information about the park and planning a visit. He also suggests making the Visitor Center the first stop to experiencing the park.

The park visitor center shows a 30-minute film, “Thunder in the Ozarks,” which recounts the battle and provides an informative and inspiring prelude to a self-guided driving tour. “There is a bookstore there as well. They can learn about the park and the layout of the park, exhibits and trails,” Eads said. 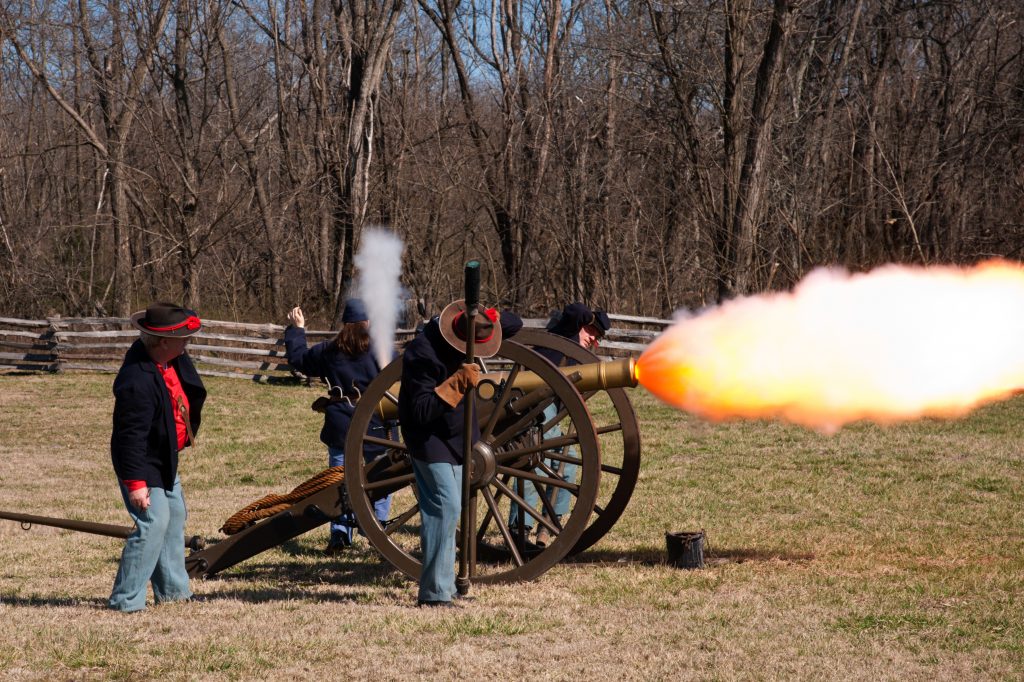 The 10-stop driving tour includes wayside exhibits. Highlights of the tour include the East Overlook, from which much of the battlefield can be seen, and the reconstructed Elkhorn Tavern. “One thing we have at each of our stops is a cell phone tour,” Eads added. Exhibit panels have phone numbers to call to hear a message specific to each site for further interpretation of the battle.

While the park does preserve the battlefield and interpret the military history, it offers plenty of recreational value as well. “We get a lot of recreational visitors for just hiking or biking, horseback riding too,” Eads said. Outdoor activities include nine miles of horse trails and seven miles of hiking trails. However, the entire park, all 4,300 acres, is open for exploration. “They can go through every bit of it. They don’t have to stick to the trails. They can go through the woods if they like,” Eads added.

He said there are many layers of history from prehistoric to current day that are evident. Round Meadow in the western end of the park may be the remains of a Pleistocene lake. Eads said fossilized coral that dates to that time period has been found in the park as well. Additionally, it was once part of the Butterfield Stagecoach Route. The landscape shows remains of house foundations from before and after the Civil War, and there are two cemeteries. 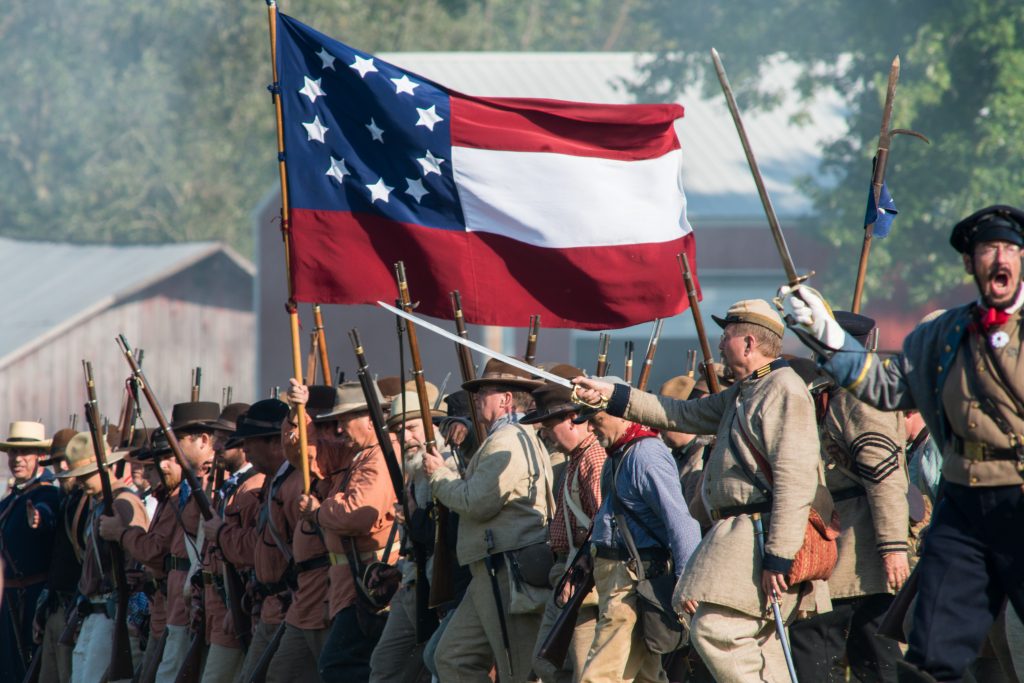 The Pea Ridge battle was also noteworthy as the first Civil War battle in which Native Americans took part on a large scale. Some 1,000 Cherokees participated, including Stand Watie, who would rise to the rank of brigadier general and be the last Confederate general to surrender at war’s end. The park also has one of the longest segments of the Trail of Tears, about a 3-mile segment used by 11 Cherokee groups in the late 1830s as they marched from the southeastern U.S. to the Indian Territory during the forced migration known as “the Trail of Tears.”

Eads said visitors should note that the park entrance has recently changed in conjunction with removal of the highway from within the park, and improving and expanding the parking lots.