Perils of the Past: Cycles, Systems and Surmounting Adversity 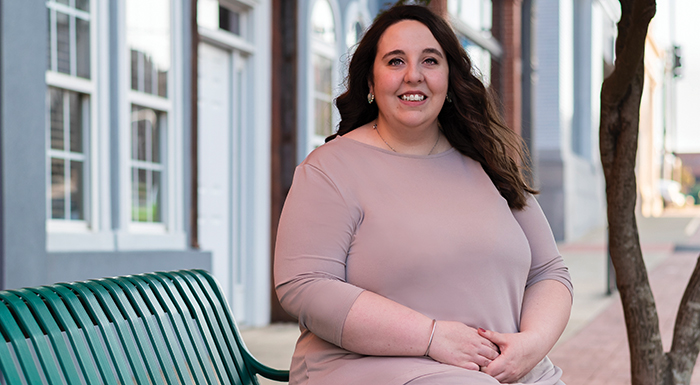 When writing this article, I struggled between telling the stories of my past and presenting my hopes for the future. Which was more important than the other? I’d love to say that I live by the saying, “My past doesn’t define me,” but there’s absolutely no way that it couldn’t.

My story is a messy one, with enough highs and lows to be considered a true roller coaster, but my past isn’t unique. In fact, the Centers for Disease Control and Prevention (CDC) estimates that one in six adults is exposed to four or more adverse childhood experiences during their formative years. Unfortunately, I am not alone in the fact that I was exposed to untreated mental health disorders, domestic violence, gang activity, various addictions and poverty from a relatively young age.

As a child in the aforementioned situations, one is typically voiceless and more focused on survival than the effects that the current environment will have on you once you “grow up.” However, as an adult, I have decided to use my newfound voice to share my experiences. To continue on telling the entire truth would mean sharing information and experiences of others that I don’t necessarily feel privy to; the mere mention of sharing my story has threatened the relationship I currently have with family, so I have decided to err on the side of caution and understanding and focus on my accomplishments and goals.

I finally consider myself a success in terms of breaking generational cycles of addiction and violence. I’ve nearly completed a dual degree program at Purdue University in Addictions Counseling and Youth/Family Services with a 4.0 GPA, earning me a spot on the Chancellor’s List every term to date. Being a Court Appointed Special Advocate and starting the process of becoming a NAADAC accredited Arkansas Core Peer Recovery Specialist has only highlighted the fact that I took those adverse childhood experiences, harnessed my strength, and push onward, even if I was only proving to myself that I could “recover” from my past.

My past experiences could begin with notable events in my childhood, but I’ve decided to begin with the relationship that set the tone for much of my teenage and early adulthood years. At the age of 16, I found myself in a manipulative and violent relationship. The clear signs of manipulation and grooming had already begun after I graduated high school. He limited my contact with my family, required check-ins every hour via text or call, and even worked at the same companies as I did in an effort to be close to me. It wasn’t until we moved out into a townhouse of our own that the emotional, mental and verbal abuse shifted to periods of physical abuse, leading to a deep and strong dive into the depths of major depressive disorder (MDD), post-traumatic stress disorder (PTSD) and panic disorder (PD) as my will to live diminished.

It was the most important goal of mine to never let a soul find out about the physical abuse I was enduring in Kentucky. I felt that I had brought this upon myself, and to tell my side would be admitting weakness and defeat. Those two words weren’t supposed to be associated with me: The strong woman who had already faced enough adversities for a lifetime. I refused to be a quitter, even if that meant staying in an abusive marriage. I prayed to God for strength, resilience and a stronger will to live, but what I hadn’t realized is that I needed to put in the effort myself as well. Nevertheless, the marriage ended after a year, much to my surprise.

I was relieved. I was angry. I was confused. I wanted out, but I wanted out on my terms. I wanted to be the wife who left the abusive relationship feeling like a winner, but all I felt in the days following was extreme sadness. Our divorce was brutal, and that was OK; I got to let out years of anger and suppression over the near year it took to finalize. I slept for days on end in my parents’ townhouse in Arkansas, feeling a deep sense of loss. I was finally free but felt more imprisoned than ever mentally. While I got the privilege to let out the anger I had been holding in for so long, the depression and anxiety also got the chance to rear their ugly heads. The thought of suicide crossed my mind more times than I could count; was my 20-something-year-old life truly worth living if I was going to have MDD, PTSD and PD forever? I didn’t know the answer, but I simply kept living as if I did. 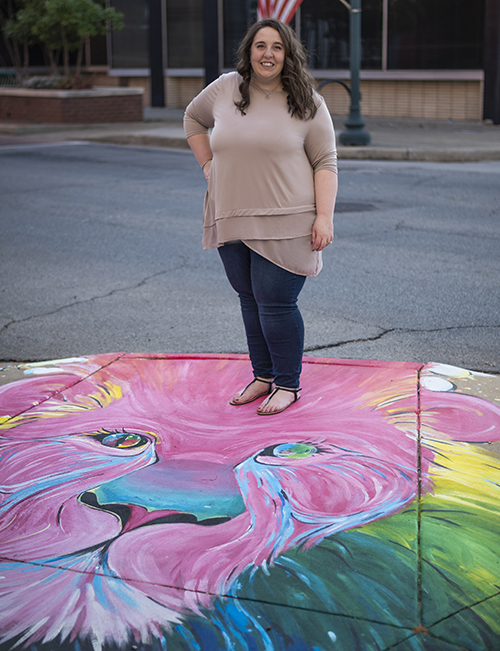 I don’t know if I’ll ever “officially” overcome my mental health struggles. But I know that I’m continuously rebuilding myself.

After a healing period and much-needed family time in Arkansas, I met the absolute man of my dreams, Gregory. He was charming and well-versed in meaningful conversation with the occasional joke, all of which guaranteed chemistry. From a nontraditional family himself, he understood my need for stability and was as understanding as he could be about my past traumas. As we dated, I was introduced to a new world full of well-educated individuals heavily involved with the Department of Human Services, where Gregory was a Family Service Worker. I was absolutely dumbfounded. Was this my life now? Could I really just go from being a girl in an abusive marriage in Kentucky just trying to get by to being associated with an incredibly strong group of men and women with similar interests? It seemed far too good to be true, but I simply kept living the reality I found myself in.

After seven months of dating, he proposed to me after I was sworn in as a Court Appointed Special Advocate (CASA) in front of cheering friends, family and colleagues. He has stood by me every single day of the past nearly three years, through unimaginable situations. As I worked diligently on sifting through my trauma, I was overcome with panic and fear. I didn’t understand: My life was wonderful, I had an amazing husband, a blossoming career, and a strong desire to finish my degree … What was wrong with me? I chose to voluntarily admit myself [to treatment] in an effort to seek the right medications and gain insight into why this disorder was running my life yet again. All I knew was that regardless of how I was feeling, I refused to give up or cope in the ways that I saw so many around me choose.

But wait — a hospital stay? “Why in the world would you go to a psychiatric facility?” “Aren’t you a happy newlywed?” Oh, the questions I received were both comical and infuriating. Why was there such a damning stigma around seeking help when I knew in my heart that I needed it? 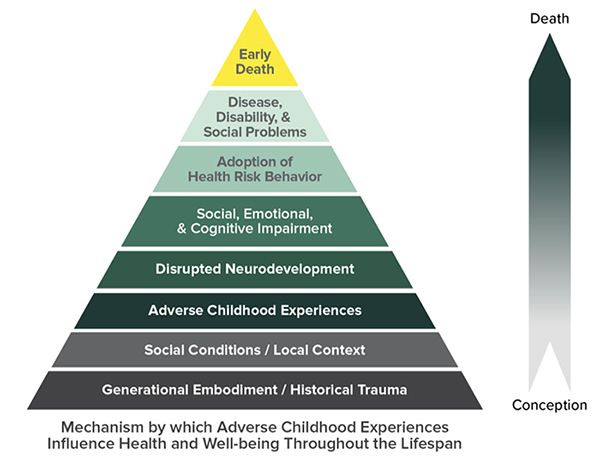 After a five-day stay, I was faced with an internal struggle: Who do I tell, what do I say, and do people even need to know? It was only a few hours after leaving the facility for suicidal ideations, panic attacks and a major depressive episode that I decided to post on Facebook where I had been and why. It was completely freeing, and I could not care an ounce less about what people thought. My main goal was to be transparent; after all, if I couldn’t be honest, then what in the world was my purpose on social media? My purpose in this community?

The mixed reactions from social media left me with a newfound purpose and a fire under me: To get the word out about mental health stigmas and fast. I had already started my educational career, entering school at Purdue University for a dual-major in Addictions Counseling and Human Services (Youth/Family Services), and began being as outspoken as possible about my past and present struggles.

I quickly became obsessed with the idea that I could change the way Northeast Arkansas operates when it comes to mental health emergencies and restructuring resources. I immersed myself in seminars, reading literature from advocates, and making a working plan on how to network and meet anyone and everyone involved in changing our state. Bruce Trimble of The BridgeWay invited me to a two day seminar on H.O.P.E.: Suicide Prevention for Crime Victims led by advocate Laura Abbott. Listening to the passion from various facilities’ employees, organizations and grassroots activists only solidified my need to soak up information and read stories on who has been affected by similar traumas as I had been.

But I continuously noticed themes in each and every story I came across: foster care, domestic violence, substance abuse and the innate shame that the collective “we” as victims feel toward our pasts. I was blessed to have a group of individuals supporting me to continue sharing my stories as I quickly hesitated and called for a retreat internally. Should I really be so outspoken about these issues? Am I a fraud for not being healed yet advocating for others to start their healing journey? These questions swirled in my head as I continued my journey onward.

As each day passes, I have to consciously make the effort to make the distinction between my past’s power and its significance. I give my traumas the recognition they deserve as terrifying, sobering portions of my life that I cannot change and time that I cannot get back. These traumas have fueled the desire in me to help others break the generational cycles of domestic violence and substance use that I witnessed and that starts each morning as I wake up and thank God for another day.

My purpose is ever-evolving but I remain cognizant that my goal is to help families and youth involved in the DHS court systems as they wade through a system that can be full of shame, stress and fear. Involvement in the system is stigmatized in rural communities and can often end up in children becoming adults without the necessary tools and mental health literacy. This is why I have chosen to speak my truth to those of all age ranges but particularly our youth.

I am set to speak on behalf of CASA later this year to youth who are transitioning from foster care to living on their own. Local foster youth will attend a class discussing “Self-Care, Mental Health, Recognizing Triggers for Trauma,” three topics that I’m familiar with both from a professional and personal standpoint. But I can’t do this single-handedly. Reach out to your local CASA organization and volunteer to be a listening ear and advocate for a foster child. Apply to the Department of Human Services and make a difference as a caseworker for families. Be honest with yourself and others about your struggles and diagnoses.

I don’t know if I’ll ever “officially” overcome my mental health struggles. But I know that I’m continuously rebuilding myself. All that I know for certain is that helping others is helping myself unearth and unlearn the trauma-based fears and reactions of my past, and put more faith in God regarding my present and future.