The Perseid Meteor Shower: A Sky Full of Ghosts 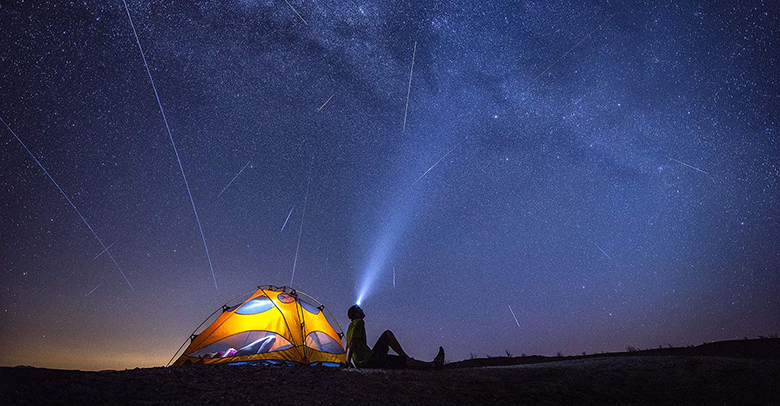 It’s probably safe to assume that everyone, including myself, has thought about traveling back in time at one point or another in their lifetime. We all have our reasons. Perhaps there is a moment in your past that you have always wanted to relive, or something you wish you would have done differently. Perhaps there is a period in history you would have liked to experience.
Though we will never truly be able to revisit moments in our past outside the realm of memory, there is a way we can look back in time.
Just wait for the sun to go down, step outside and look up. What do you see? Is it a vast sea of tiny, twinkling lights? Is it many luminous balls of hydrogen gas held together by their own colossal gravity? Or, do you see something more?
Every time we stare into the night sky, we are actually looking back in time – into a sky full of ghosts. No, the stars we see are not spirits or supernatural apparitions, but pieces of the past reaching out through space and time to shine on us here in the present.
Each star you see in the sky is not what it seems. In the cosmos, seeing is not always believing, and our senses tend to deceive us. That’s because every star in the night sky is a sun every bit as big and bright as our own. Just imagine how far away our own sun would have to be for it to appear as small and faint as the stars in the sky.
The light from those distant suns travels fast – 186,000 miles per second – but takes years to reach Earth. Even the closest star to our planet, Alpha Centauri, is so far away that it takes just over four years for its light to reach our eyes. We may be able to see it in the sky, but we will never see it as it is now. We will only ever see it as it was four years ago. If that star were to explode and eject its mass in a brilliant, radiant supernova and cease to exist, we wouldn’t even know it for at least another four years.
A lot can change in four years. Loved ones both lost and gained. New chapters of life embarked on and old ones closed. But that is just the amount of time it takes for light to reach us from the nearest star. While it takes four years to reach us, many of the stars in the night sky are so far away that it takes their light centuries.
Consider what has transpired on our planet within the last few hundred years, when the light from those stars began their journey. When the light left some of those stars, the Declaration of Independence had yet to be written. Pilgrims had yet to embark on the new world in search of a better life. Christopher Columbus had yet to stumble upon what would become known as the Americas.
The light from some of our stars began their journey before a man named Jesus called on his first disciples from the seashores of Galilee. Some of the starlight you see in the night sky is older than the prehistoric paintings of calves and horses on the walls of caves and the sides of ancient stones.
It’s astounding to think of all that has transpired in the time since the light from our stars began its journey to us here on Earth. By the time the light from some stars finally reaches our eyes, those stars might already be dead. We may see their light, but their celestial bodies have perished. For those stars, we see only their ghosts.
For those of you star-gazing this weekend, the night sky has an even more spectacular treat in store. This weekend marks the three-day peak for the Perseid meteor shower. Anyone familiar with astronomy knows that the Perseids streak across our skies every August, the best and most popular meteor shower of the year. This year will be no different, as they are expected to be every bit as spectacular. Each year, the shower dazzles with an average of 60 to 70 meteors per hour.
And just like the light from our stars, reaching out through time and space, the meteors jetting from the Perseus constellation have their ties to the past.
Every Perseid meteor is actually a dust-sized fragment of the Swift-Tuttle comet, left behind as it swings through Earth’s corner of the solar system every 133 years. The last time the Swift-Tuttle comet passed by was in 1992, but the meteors still dragging behind are not from its most recent visit. The debris that we will see this weekend is comprised of at least three meteor streams, pulled together by Jupiter’s gravity, from when the comet rendezvoused with Earth in 1862, 1479 and 1079.
So, tonight, if you’re looking for a break from reality and longing for a glimpse back in time, look no further than the sky above you, a sky full of ghosts. Let the stars be your guide to the past.
The best chance to see the dazzling Perseid meteor shower will be during the overnight hours between Saturday, Aug. 11 and Sunday, Aug. 12. The Perseids are best seen at approximately 2 a.m., local time, when the constellation Perseus is high in the sky. Find somewhere dark, outside of city light pollution, and watch with the naked eye. The bulk of the meteors will originate from the northeast. This year’s rates are estimated to be approximately one meteor per minute, which can come in the form of a faint streak or a bright fireball. 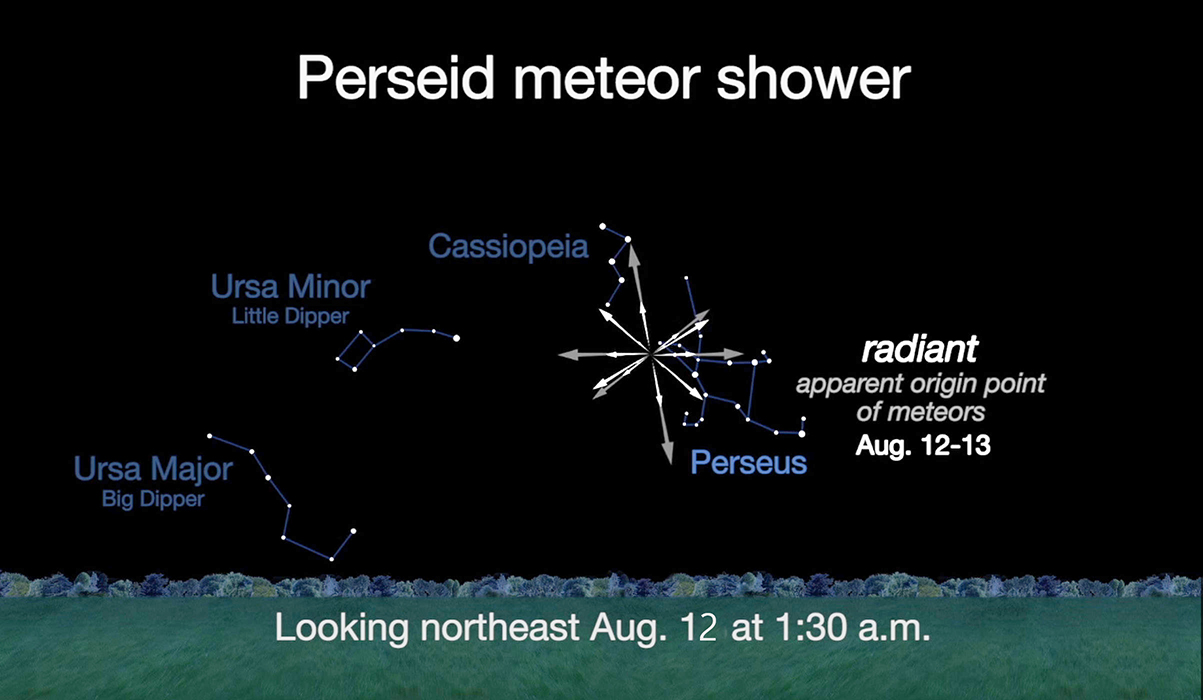