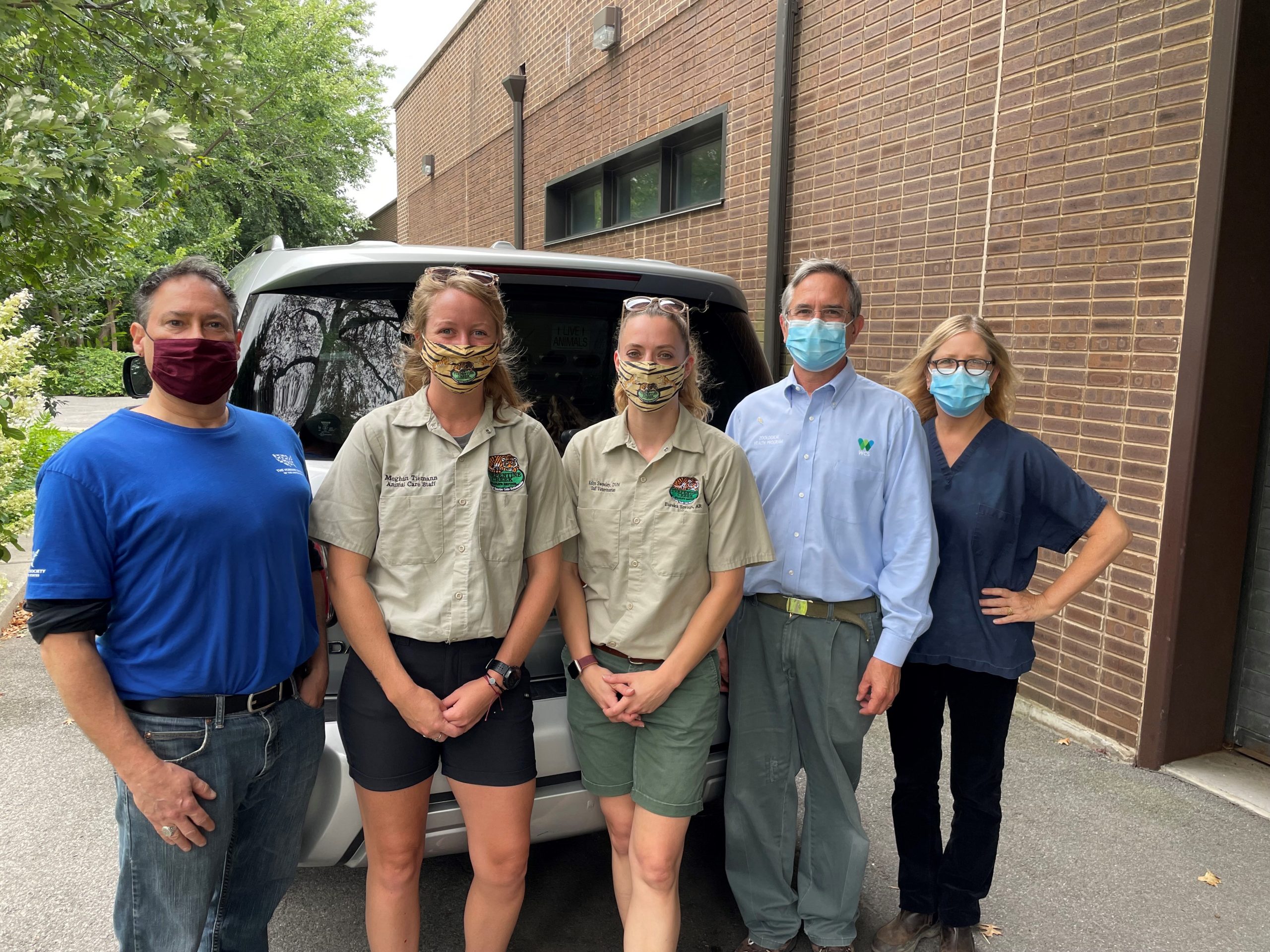 An 11-month-old female cougar weighing around 80 pounds was removed from a New York City home on Aug. 27. In collaboration with the Humane Society of the United States (HSUS), the New York City Police Department (NYPD) and the Bronx Zoo, the young cougar is being transported to Arkansas’ Turpentine Creek Wildlife Refuge.

The cougar was being kept as a pet before HSUS met with the owner who surrendered the animal. The NYSDEC and NYPD coordinated a safe removal of the cat from the home and transported her to the Bronx Zoo. The young cougar received care from veterinarians and animal care staff over the weekend while her transport to Turpentine Creek was organized.

“I’ve never seen a cougar in the wild, but I’ve seen them on leashes, smashed into cages, and crying for their mothers when breeders rip them away. I’ve also seen the heartbreak of owners, like in this case, after being sold not just a wild animal,  but a false dream that they could make a good ‘pet.’ This cougar is relatively lucky that her owners recognized a wild cat is not fit to live in an apartment or any domestic environment.,” says Kelly Donithan, director of animal disaster response for the Humane Society of the United States, who was on scene with the cougar and facilitated the transport. “The owner’s tears and nervous chirps from the cougar as we drove her away painfully drives home the many victims of this horrendous trade and myth that wild animals belong anywhere but the wild. We are thankful to the New York State Department of Environmental Conservation and everyone who was involved in dealing with this complex situation for helping make this rescue possible.”

Experts involved in the situation cited the Big Cat Public Safety Act that is waiting to be passed. This bill would help existing laws to prohibit the breeding and possession of big cat species such as lions, tigers, cheetahs, jaguars and qualified entities.

“We have witnessed countless wild animals kept in shoddy, unstable cages and participated in rescues that resulted from animals escaping and roaming the streets,” says Tanya Smith, Turpentine Creek Wildlife Refuge president. “In these cases, the escaped animals are often killed, and people can be harmed. It’s as much of a public safety issue as it is an animal welfare issue. We are so happy we can provide a safe and proper environment for this cougar to be free without being at risk of causing harm or being harmed.”