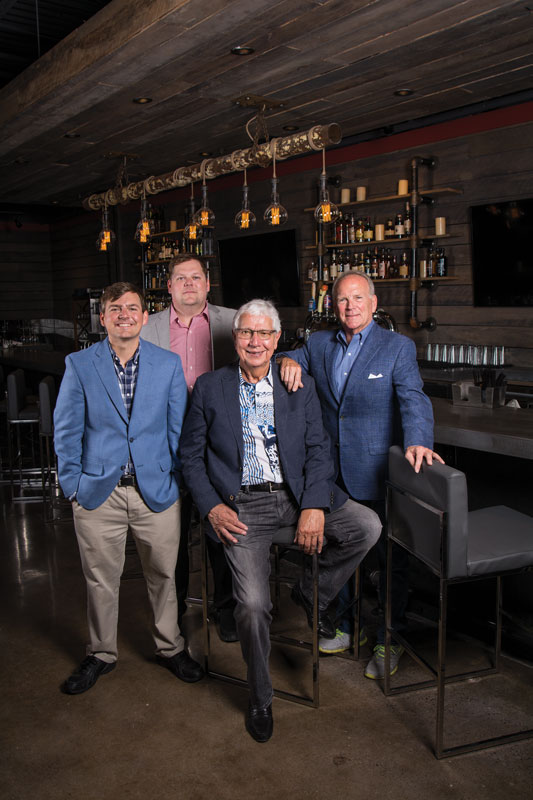 Like many grand ideas, it all started over a bottle of nice white wine. Little Rock restaurateur Jim Keet and fellow restaurant industry veteran Louis Petit were visiting one summer evening in Destin, Fla. The evening started with the one bottle of wine, “a very, very nice bottle,” Keet reiterates, but by the next morning the two had created a new and inventive restaurant concept and they were certain Little Rock would be the perfect location.

Setting their sites on the building that housed the former 1620 Savoy in the Market Place Shopping Center, Petit and Keet set about working with Luke O’Gary of KO Construction and Garry Mertins of Garry Mertins Design to make their vision for Petit & Keet Bar and Grill a reality.

“It was supposed to be a simple redesign,” says O’Gary, whose expertise helped lead and guide the project. “But, it turned out to be a total renovation.”

Mertins, who has designed other Little Rock restaurants wanted to make the space beautiful, but also keep it casual. “We want you to feel comfortable walking in here in shorts and a T-shirt or in a jacket and tie.” Petit and Keet both feel the upscale, casual dining idea is unique to Little Rock. “There’s not really anything else like it,” says Keet. “It’s not fine dining, but the food is magnificent.”

What everyone involved in the conception, planning and execution of Petit & Keet Bar and Grill have in common is their laser-focused attention to detail. O’Gary and his team painstakingly rebuilt not only much of the interior of the original restaurant, but also the exterior. “We actually took blowtorches to the Arkansas-milled cypress planks that surround the building and hand burned every single one,” he says. “And we added reinforced steel to the corners to give the building an ‘edge.’”

Why blacken a restaurant, you may ask? The idea came from Mertins. “I noticed a trend in Europe – particularly France. There were all these beautiful black houses. It was like nothing I’d ever seen. It’s really different and beautiful,” he says.

“We want people to feel like they could be eating in any city in the world,” said Mertins.

O’Gary concedes that working on Petit & Keet is most likely the most complex project KO construction has completed.

Keet has been in the restaurant industry since the 1970s. He and his former business partner brought the first Wendy’s to Arkansas and he has run Wendy’s and Wendy’s and Sisters restaurants in Arkansas and Texas. Keet and sons currently own and operate Taziki’s restaurants in Little Rock and recently opened Panini’s & Company in Midtown, as well. “My wife and my daughter are both lawyers,” says Keet. “They help us with leases, contracts – our entire family is part of this business.”

Louis Petit, who once co-owned Little Rock’s first fine dining establishment, Jaques and Suzannes, also works with his his three sons in his two restaurants in Destin. “We have similar family values,” says Petit.

“That’s one reason we wanted to work together,” says Keet.

The family atmosphere doesn’t just extend to actual relatives. “To us, the restaurant is about more than just making and selling food to patrons,” says Keet. “The staff is treated as family. We want them to feel pride in the restaurant just as we do. We are proud of them and what we have all created together.”

It just so happens that the search for the restaurant general manager stayed on track with the family theme. Keet and Petit cast a wide net for the position.

“We vetted a lot of people,” says Keet. “We really wanted the perfect person for the job.”

“We went through over 50 applicants before we landed on Brent,” said Keet. The GM is the most important hire in a restaurant.” 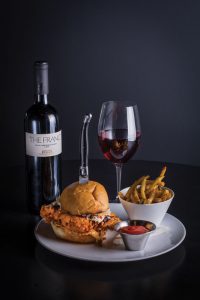 The hunt for the right chef was as painstaking of a process as you would expect from this group of self-proclaimed perfectionists.

They started with a competitive list of 40 chefs. “We interviewed 20,” says Keet. Eight made it to a second interview. Finally, two chefs were left to cook a full tasting for a panel comprised of local culinary experts.

“Mateo’s food was magnificent,” says Keet. “Ben Brainard of the Local Lime and Big Orange restaurant group was on our tasting panel. After eating Mateo Vannucci’s food Ben leaned over to me and said ‘if you don’t hire him, I will.’” And that was that. Chef Vannucci and his sous chef Steven Binotti got to work on creating an exceptional menu. “We’re proud of every plate,” says Petit.

When asked about the meal and the level of cooking for the panel Vannucci says he knew he had to,”make sure that each bite stayed as good as the first.”

One of the dishes he cooked ended up making it onto the final menu. “It’s the mussels & chorizo. I literally drove to 10 different grocery stores to find fresh mussels and it seems to have been worth the extra time and effort to have not just changed t 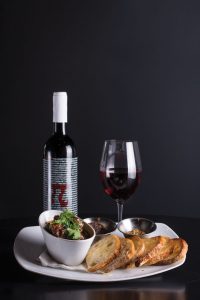 Vannucci is also excited for patrons to taste the barbecue shrimp & rice grits. “It’s a combination of two separate dishes I’d done in the past, but it was never intended to be served together,” he says. “The flavor profile is so unique with the shiitake mushrooms, basmati rice and Louisiana style barbecue sauce. I really enjoy grabbing my favorite ingredients from different cultures and being able to combine the three worlds to make something special like this dish.”

To find the best ingredients to fill the menu the team didn’t look far. “Blake Adams from Ben E. Keith has been our trusted ally and go-to guy for over eight years,” says Keet. “He finds and provides the best proteins, spices and other ingredients so we’re providing the freshest dish possible.”

“I knew that one of the main goals for Petit & Keet was offering high quality food at affordable prices,” says Adams. “We are proud to offer Markon produce which comes with a 5-star safety rating and their menu will also feature Creekstone beef, which is a truly premium product.”

“Every item on our menu has been put through a series of tests,” says Keet, “and every item has its own unique twist.”

The Exceptional Bar and Patio

If you’re looking for an inviting and relaxing bar to wind down, Petit & Keet have outdone themselves to create the perfect place.

Hanging above the center of the cloud-ceilinged bar, is a truly inspired lighting feature Mertins created with the help of a lighting design firm in Tennessee.

“It is a steel pipe I salvaged from an old record store in downtowen Nashville and thought it would be perfect,” he said. The piece, which is wrapped and illuminated by Edison lights, is highlighted by similarly designed Edison light and steel sconces throughout the bar and bar restroom area.

“We wanted a sturdy bar so we went with three inches of poured and polished concrete,” says Mertins. “We wrapped the bar in cold-rolled steel and we duplicated the effect on the hostess stand at the front of the restaurant.”

To the right of the bar is an outdoor patio that also features an impressive retractable canopy in case of rain. The cozy, yet chic, patio is decked out with comfortable lounge furniture, carefully selected pillows and it all surrounds a blazing fire pit. Between the bar and the patio is a large glass garage doors that can be opened when weather permits.

“We really wanted to enhance comfort and variety,” says Mertins. The great thing about the entire restaurant is that we have so many ways we change the flow.

Behind the bar you’ll find top-notch bartenders including lead mixologist Ben Franks, aptly nicknamed “The Lieutenant” by Keet. “Ben is so passionate about what he does,” says Keet. “He actually worked with a level 2 sommelier and painstakingly helped us develop our fine wine list with a fantastic pricing structure.”

“We’ve put together an exceptional team,” says Keet, “It’s such a great mix of seasoned professionals and new blood and we all get to be a part of something special.”

Petit & Keet Bar and Grill opened to the public May 18th. The restaurant will seat 240 people. Reservations are not required, but are suggested.