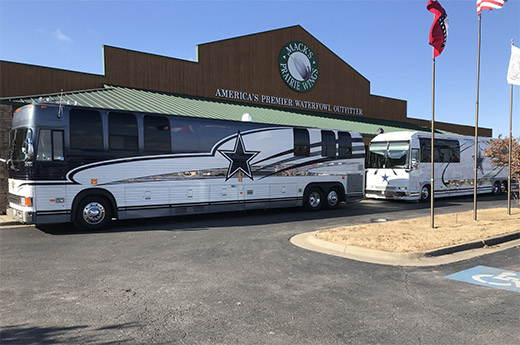 Arkansas isn’t always a hotbed of celebrity activity, but you can find some notable names jetting through the state.

This week, Stuttgart has been the epicenter for celebrity spottings. Most notably, sports outfitter Mack’s Prairie Wings has been the scene where several celebrities have been spotted.

AY About You Magazine’s content partner KARK reports that Peyton Manning has dropped by the store, as well as the Dallas Cowboys football team. Obviously, the Cowboys have a connection with Jerry Jones, a notable Arkansas son.

It just goes to show that you never know who you’re going to run into in Arkansas!