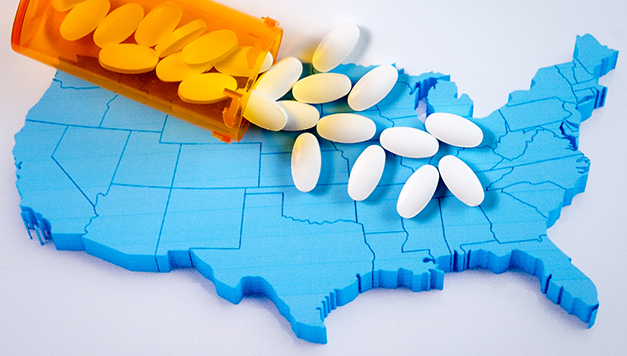 Americans utilize modern medicine every day for problems ranging from allergies to acne. However, treatment for a leading cause of death among Americans, opioid overdose, remains acutely controversial. Deep-seated beliefs about drugs and drug users have prevented this group of individuals from receiving adequate treatment. People with substance use disorders are long overdue for consideration as sufferers of a medical condition with devastating consequences.

In 2017, 416 Arkansans died from opioid overdoses. This number is likely an underestimate due to different reporting mechanisms and listed causes of death. These were not people who died of old age or decades of systemic disease; these were all 100 percent preventable deaths. Likely, most of these men and women were young, able-bodied people who were just getting started in life. Currently, there are innovative and successful medical treatments with a basis in scientific evidence offering support for these individuals.

However, closed-minded attitudes prevent successful treatments, and something must change to save lives during this addiction crisis. Much can be said regarding alcohol and drugs being ever-present killers, but there are clear, evidence-based initiatives in place to help the sufferers of an opioid use disorder (OUD). No life is too far gone, and it’s time to help. Medication-assisted treatment (MAT) is the most effective method, although it is still widely misunderstood.

According to the Substance Abuse and Mental Health Services Administration (SAMHSA) website, “Medicated-Assisted Treatment is the use of FDA-approved medications, in combination with counseling and behavioral therapies, to provide a ‘whole-patient’ approach to the treatment of substance use disorders and addiction.”

MAT is an evidence-based treatment intended to be used in conjunction with other treatment modalities. Medications used to treat OUDs are methadone, buprenorphine and naltrexone. When MAT is accompanied by substance abuse treatment, sober living, life skills building and a variety of other methods, a person can begin to build the life they crave.

Some believe MAT is trading one addiction for another. In a report dispelling this myth by the National Council for Behavioral Health, the organization states, “MAT bridges the biological and behavioral components of addiction. Research indicates that a combination of medication and behavioral therapies can successfully treat SUDs and help sustain recovery.” Alternatively, it also lowers risk of disease and death.

The Center for Disease Control has found “overdose deaths have more than tripled since 1990” and “Medicaid populations are at greater risk for overdose.” So why has MAT faced so much resistance?

A Health Affairs Journal article recently mentioned a sobering statistic: Facilities offering MAT increased from 20 percent in 2007 to only 36.1 percent in 2016. Pew Research Center: More than two-thirds of U.S. clinics and treatment centers still do not offer medicine. Many refuse to admit people who are following MAT protocol. In Arkansas, there are only around 114 physicians waivered to prescribe buprenorphine, and the best estimate is that less than half are doing so.

The state of Arkansas is making progress, but we need to move faster to prevent loss of life. A robust infrastructure is being built via the leadership of Arkansas State Drug Director, Kirk Lane. He is breathing new life into antiquated addiction treatment models, and hopefully, the state will follow his lead by considering all evidence-based approaches. Director Lane says, “it is important that we have a quiver full of options to fulfill the differing needs of patients on what works for them.”

If you’re on the fence about MAT, it is time to reconsider. Our dead deserve that at least. Most importantly, our living deserves it. Based on variable estimates, somewhere around 30,000 Arkansans are living with opioid use disorder, maybe even more. These are children, siblings, cousins, friends, parents, husbands, wives and citizens from all walks of life. We must expand access to validated medical treatment to save their lives and allow them to recover.

Christopher S. Dickie is a Recovery Advocate and serves as CEO of Natural State Recovery Centers.

A Lifeline to Mental Health: New Suicide Prevention Number to Save Lives
July 11, 2022