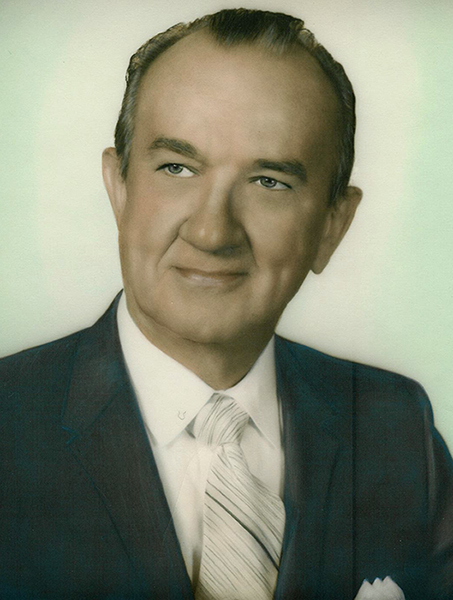 The drought of 1930 was just the beginning of the Great Depression for Arkansas, but people were already getting desperate. Desperate for food, for jobs and desperate for hope. In September of that year, the congregation of one church in the Delta found hope riding in on the coattails of an itinerant preacher. No one could have foreseen the clergyman igniting a holy war that would end with murder.

In June, a revival came to Jonesboro, and the First Baptist Church erected a large tent to welcome evangelist Joseph Jeffers. The charismatic 32-year-old Jeffers had been a vaudeville performer until he found his true calling as a man of the cloth. His background in theatrics became apparent as he began to preach, captivating the multitude like the proverbial silver-tongued devil. He could have been (but wasn’t) the inspiration for the fictional evangelist in Sinclair Lewis’ book Elmer Gantry. The movie version won Burt Lancaster an Academy Award for his portrayal of the title character. Lancaster chewed up the scenery so much, he had to use heavy duty dental floss for three weeks, and Jeffers put Lancaster’s Elmer Gantry to shame. Jeffers knew how to whip an assembly into a religious fervor. Jonesboro’s population was 10,000, and more than half attended the revivals. Jeffers was so popular, he extended the revival through July, and the tent remained filled to capacity with worshippers easing the summer heat with handheld cardboard fans adorned with the likeness of Jesus Christ.

Two months after Jeffers arrived, he was asked to lead the church permanently when Pastor A. W. Reaves resigned. Jeffers was more than happy to accommodate, but dissension among the parishioners prevented a peaceful passing of the pastorate. A faction of the church members disapproved of Jeffers. He was, after all, an actor. Was he really condemning gambling when he was shot during a card game in New Orleans? He was voted out, and the position went to Dow Heard, a transplant from Texas. This decision angered Jeffers, and he left town in a huff. Even in his absence, though, he continued to have a hold over his loyalists in the church, as they feuded with Heard’s supporters. Jonesboro became a divided town. It wasn’t long before a second coming of Joseph Jeffers was at hand.

He blew back into town on a wind as ill as the dust storms laying waste to farms across Oklahoma. In August 1931, he set up a tent less than a half-mile from the scene of his first success in Jonesboro. He again mesmerized his faithful flock and drew even larger crowds after prophesying that the end of the world would occur in May 1932. With Armageddon close at hand, he condemned all who indulged in sinful ways and vice in all its forms. He railed against alleged transgressions of those who had opposed his appointment as parson of the First Baptist Church the preceding year. He spread scurrilous lies about Brother Heard having carnal liaisons with several women. Jeffers also targeted city leaders and accused Jonesboro’s Mayor Herbert Bosler of begetting children out of wedlock. Those were fighting words, and on a Wednesday night in September, an actual fistfight broke out between opposing sides after one of Jeffers’ fiery sermons. The confrontation evolved into a real donnybrook with some participants using farm implements as weapons, one being a pitchfork, appropriately enough. 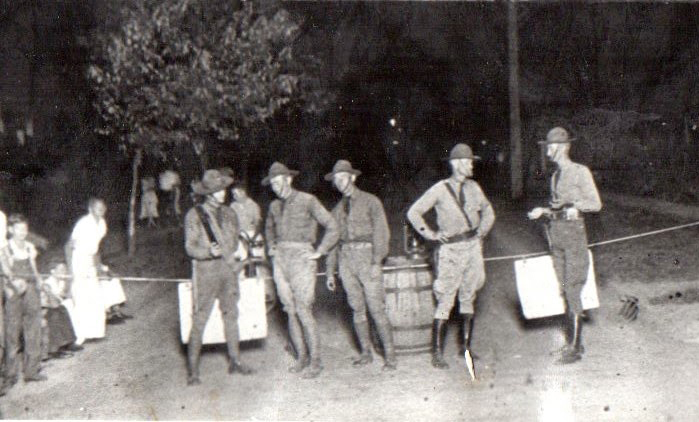 The fracas was reminiscent of a legend about a church in the Northwest Arkansas community of Mountainburg. Supposedly, a long-simmering grudge between two families boiled over in church one Sunday morning in 1857. Men threw punches and wielded knives and guns, while women and children brandished kitchen utensils that had been brought for a planned potluck dinner. Services were canceled for the next 70 years.

Police quelled the disturbance in the Jonesboro church by jailing two of Jeffers’ followers. The next day, the evangelist and about 500 of his disciples gathered in front of the courthouse where one of the previous evening’s combatants was to be tried on charges of assault and battery. Mayor Bosler was there, and so were the police. Jeffers asked the mayor for permission to offer a prayer before the legal proceedings got underway, and Bosler acquiesced but urged Jeffers to be brief. The devotional started benignly with a plea to God for justice, but Jeffers soon turned it into a diatribe against his detractors. The mayor objected, but the former vaudevillian was just getting warmed up. After listening to the litany of insults for nearly 30 minutes, Bosler could tolerate the grandstanding no more and ordered the police chief to remove Jeffers from the courthouse grounds.

“May God strike you dead!” Jeffers shouted at Bosler.

The crowd then turned on the city officials. Several policemen switched sides and joined the mob. When someone knocked Bosler to the ground, some civic-minded cops hustled the beleaguered mayor to safety, whereupon he sent a telegram to the state Capitol, asking for help. Gov. Harvey Parnell deployed the National Guard, which restored peace. It was not a lasting peace, however, for two nights after the National Guard troops were withdrawn, someone lobbed a tear gas bomb near enough to Jeffers’ revival tent to cause extreme discomfort for those inside. To mute the most vocal agitators, the First Baptist Church expelled 21 members who backed Jeffers.

The excommunicated churchgoers used the revival tent as a place of worship until an arsonist torched it. Undaunted, the true believers built a permanent sanctuary, the Jonesboro Baptist Church, only to have Jeffers announce he was leaving town again. His acolytes protested, but their concerns were somewhat dispelled when Jeffers chose his own replacement, Dale Crowley. Tensions in the Jonesboro religious community eased. Temporarily, at least.

Jeffers had miscalculated the date of the rapture, but he resurrected a lot of bad feelings when he breezed back into Jonesboro in June 1933 and proceeded with an attempt to retake the ministry he had entrusted to Crowley, but Crowley liked the gig and refused to give it up. Differences between the two men caused a rift in the church, so Jeffers and Crowley did the only logical thing. They both held services in the tabernacle … at the same time. Each preacher tried to shout louder than the other. The two choirs, singing different hymns at the same time, must have sounded like a very dissonant version of “Row, Row, Row Your Boat.”

Jeffers and Crowley agreed to let the judicial system decide who was the rightful leader of the church, but before the court could hear arguments, the tabernacle was the site of a violent altercation. No one was seriously hurt, but police arrested Jeffers and Crowley and closed the church. It remained closed until a judge ruled in favor of Crowley.

Because he had received death threats, Crowley was armed with a .32 caliber pistol when he went to reopen the sanctuary. He was met by a Jefferite named J. W. McMurdo, who was also carrying a gun. Crowley told McMurdo to vacate the premises, but McMurdo refused. A short time later, shots rang out and a man lay dying on the floor of the church.