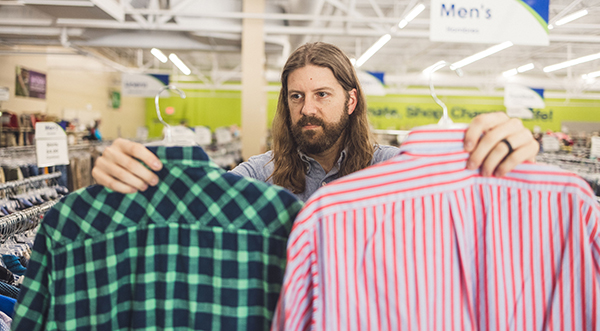 It was 2012 when Macklemore made waves with the music video for his single “Thrift Shop.” A refresher through the lyrics (and yes, rewatching the video after all these years) quickly reminds one of the perfectly ridiculous and over-the-top execution. But it wasn’t so far from the truth, as those of us who’ve frequented thrift stores can attest. Lyrics like “dressed in all pink, ’cept my gator shoes, those are green,” and “draped in a leopard mink” all evoke images of some of the vintage and even gaudy garb that can be found while thrift shopping.

There’s another set of bars that registers much differently this time around, though. “I’m digging, I’m digging, I’m searching right through that luggage. One man’s trash, that’s another man’s come up.” It’s here that the West Coast rapper encapsulates the entrepreneurial life of Fayetteville’s Jason Hayes. Three years ago, Hayes quit his day job to pursue a life of reselling. “Thrift Shop” isn’t just another radio bop for him — it’s an anthem.

Hayes, a Northwest Arkansas resident for practically his whole life, grew up in Siloam Springs and attended high school in Rogers before furthering his education at the University of Arkansas at Fayetteville. After school, he dabbled a little here and there vocationally, ultimately working as a mortgage closer. By 2016, he had developed a concentrated side hustle — reselling. He started hitting up local thrift stores looking for items to flip online on sites like eBay, conducting most of this business after work and on weekends. 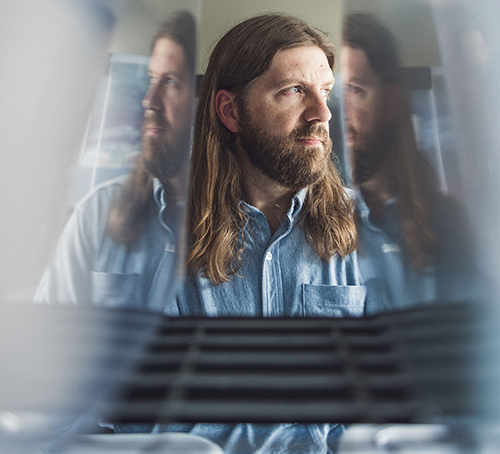 “Just to make a few extra bucks,” Hayes explains. “[I was] thinking, ‘If I can make a few hundred dollars a month, that’d be great.’”

For the next two years, this “part-time job” became one of his life’s primary passion projects. He began to learn more of the ins and outs of the industry, the dos, the don’ts, what sells, what doesn’t. His online inventory grew larger, he got better at running this business, and with all of that, his revenues started to burgeon in lockstep. In April 2018, it was time to do what might seem unthinkable to others. The crossroad that all entrepreneurs face at one point or another — dive headfirst into the unknown, or play it safe. Hayes chose the former and quit his day job.

“I walked into my work and talked to my boss, put my two weeks in, and never looked back,” he recalls. 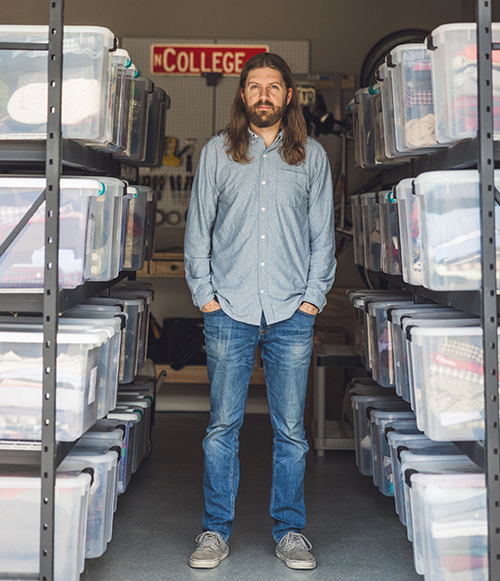 The decision was made easier by his supportive wife and an encouraging phone call with one of his best friends. He says that overall — especially for such an unconventional career move — all of the people in his life have stood behind him. But he’d be lying if he said that there wasn’t at least a little surprise and a few “mixed reviews” here and there.

“[They were] excited for me to do something that I liked doing, but also, ‘Is he gonna make it?’ You know, ‘Is this the best career decision?’” he says with a laugh. “But I’ve had a lot of people in my corner supporting me with whatever I’ve done. So this wasn’t different.”

He also kept in mind that if sales ever slowed for whatever reason he could pick up a part-time job on the side to fill gaps here and there. That continues to be his backup plan. But now three years into his reselling business, he’s never needed it. 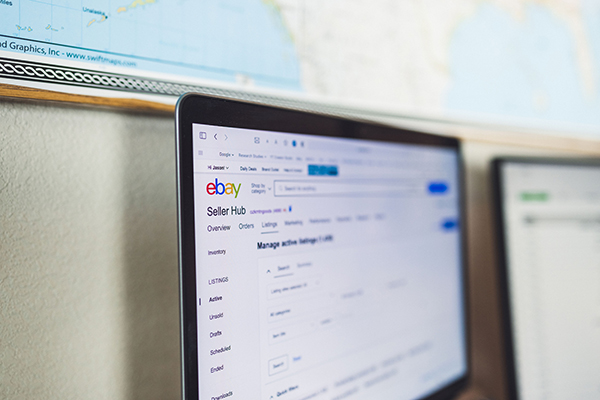 Unlike Macklemore, however, Hayes isn’t here to “take your grandpa’s style.” His focus is mainly (but not exclusively) on name-brand outdoor apparel, and most of his online sales go through his eBay store, Ozark Mountain Goods. Although, he does list with other reselling platforms like Facebook Marketplace, Poshmark and Mercari.

A browse through his online store will yield an array of bargain finds — which is, of course, the name of the game — like Banana Republic polos, Eddie Bauer flannels, Ralph Lauren button-downs, camouflage hunting gear, and even ostrich cowboy boots for women. That’s the meat and potatoes of the business, but there are also seasonings of other unique caches like antique China, chafing dishes and numerous collectibles. 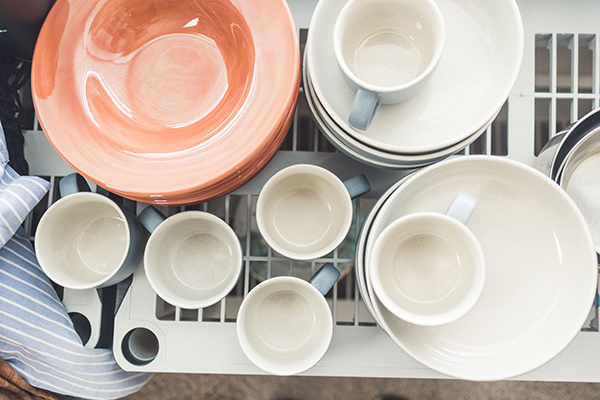 Hayes says there’s not too much science behind the finding part of the business; it’s just, essentially, treasure hunting without a map or compass. There aren’t any seedy back alleys or need-to-know-only clubhouses. He finds most of his inventory at Goodwill, his favorite place to shop for work. He’s also an about-town regular at garage and yard sales, but the past year amid the pandemic did stymie that side of things. So, the return of a sense of normalcy coinciding with the season of the year for a lot of those home sales definitely has Hayes excited.

“That’s probably the most fun,” he says of garage and yard sales. “I love getting out and talking to people and spending the morning outside.”

While the pandemic temporarily eliminated one of his favorite shopping streams, it also provided Hayes with a novel opportunity through social media. He already had a presence on Instagram and began uploading reselling-related videos to YouTube in 2019, but the success was mostly moderate. But in July of last year, Hayes infiltrated the curious world of TikTok, which proved to be perfect timing. To date, he has a little more than 2,000 followers on Instagram and almost 2,000 on YouTube; but on TikTok, he’s amassed just shy of 20,000 already. His videos have netted a total of 150,000 likes. 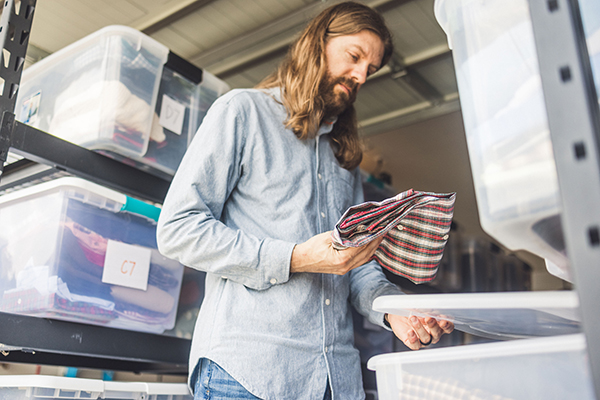 He says that’s partially due to the fact that there are a lot of people out there who are “reseller curious” — folks who may not be kindred spirits of his, per se, but enjoy living vicariously through such a distinctive venture. That phenomenon blended with a period of time when many Americans had just become un- or underemployed and were open to alternative ways of supplementing financial support — things like reselling.

RELATED: The People Behind Your News: Amanda Jaeger

With social media, Hayes has filled a role as a Yoda-like figure for people looking to learn the ways of the thrift force. He shares his shopping and sales experiences, tips, tricks and everything in between.

For those reseller-curious padawans among us who haven’t stumbled upon his channels yet, Hayes says the best way to jump into the business is to do just that. 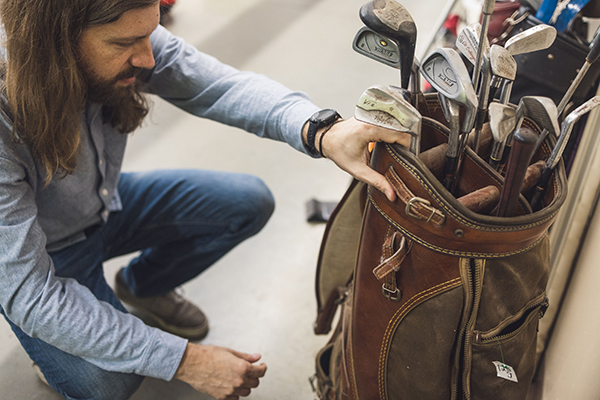 “Start with things around your house, because it doesn’t cost anything,” Hayes explains. “Just go pull things out of closets and drawers, and get the experience of … this is how you list, this is how you ship, and kind of work out the kinks.”

Once you’ve sold a few things, that starts to begat more excitement, which in turn fuels additional momentum and confidence. After that, take your newfound talents to the next level at a thrift store.

“I tell people, ‘Don’t try and look for anything and everything,’” Hayes goes on to say. “Start with what you know. Like, what are your hobbies? What do you have some knowledge about? [If it’s] electronics, go for electronics. For me, it was outdoor gear.” 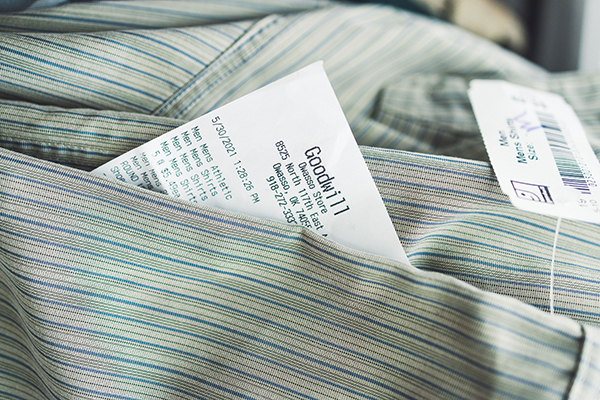 Once a solid base is built, then expanding to other parts of the market might be in order.

“A lot of people will watch tons of videos, which is great. I mean, I learned that way, too,” Hayes says. “But at some point, it’s just a matter of doing it. You can store up all this knowledge and then not ever take action.”

The most difficult part of the business, especially at the level that Hayes has reached, is organization. For a full-timer like him, that means a garage full of a 1,500-item inventory. The seasoned veteran combats that with an itemized spreadsheet of his stock, and each item has a unique code that corresponds to its listing online and where it’s located in his storage. So, when someone buys something from him — no matter which platform used or where in the world they are — he knows exactly what it is and where it is. And apps like Vendoo help him easily crosspost his catalog across multiple selling sites efficiently. 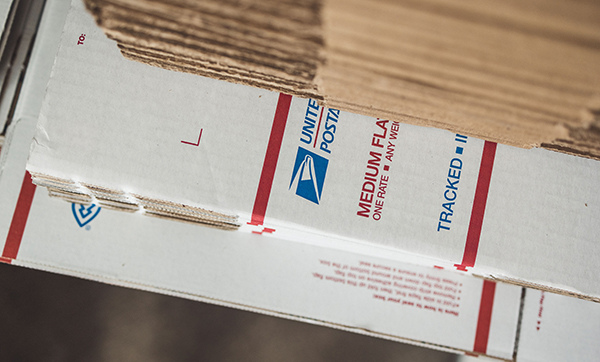 Keeping a fairly tight schedule helps, as well. Every weekday morning, Hayes has everything that was bought the day before boxed up and on his porch for the mail carrier to pick up. At least once per week, he spends an entire day out hitting thrift stores, which includes traveling to neighboring towns to run as clean a sweep as possible. On average, he says those weekly jaunts net him an additional 50-100 items to sell. The rest of the workweek consists of taking pictures and listing all of those new items, as well as making videos to keep the content flowing on his social channels. He takes weekends off.

“When I went full time, I pretty much said, ‘This is my job now, so the weekend is my time, and not the business,’” he says.

Among his most profitable treasures found includes a Burberry wool coat that he picked up for $6 and sold for nearly $500. He doesn’t luck into that type of profit margin often, nor should anyone expect harvests to be reaped so easily, but that’s just part of what makes his job so thrilling. You never know what’s in store.