PopUp in the Rock to Transform Parking Lot into Creative Space 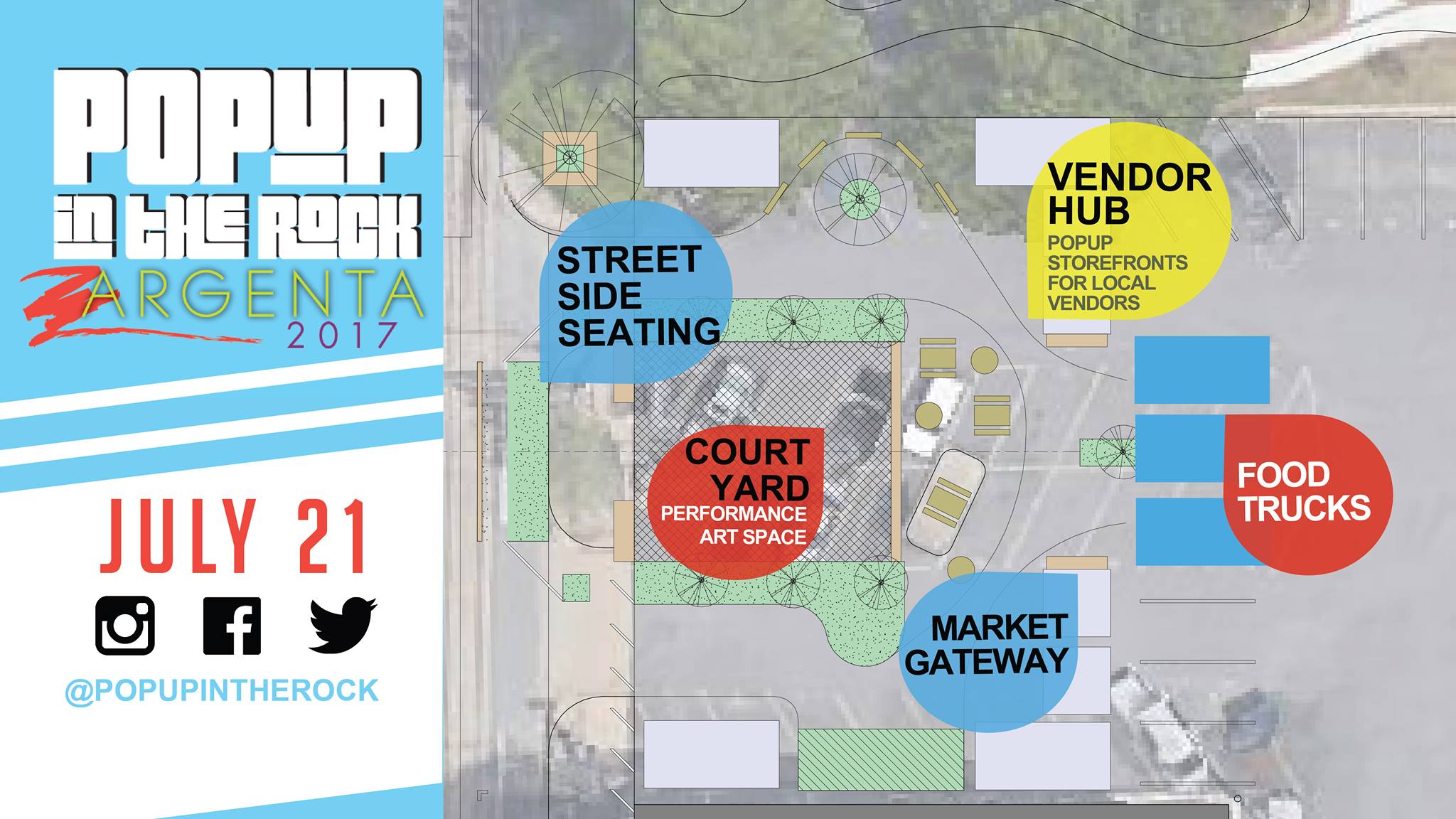 The Argenta Art Walk will be extra special next month.

While you’re checking out the art scene in North Little Rock, you can head to the launch party for PopUp Argenta, PopUp in the Rock’s new project. The launch party will take place from 5:30 p.m. until 8 p.m. July 21, but the space will last much longer.

“This space will be open to public use for two months after the launch party on July 21,” a Facebook event says. “The PopUp team will host events in the space for the Argenta Art Walks in July, August and September.”

Plans for the space, which is currently a parking lot next to the Argenta Branch library, include a performance stage, seating, “shade structures” and vendors, the Facebook event says. 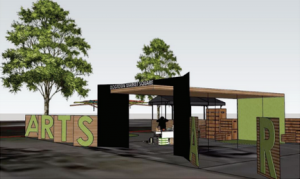 A mock-up of the PopUp Argenta space.

Felecia Hancock, PopUp in the Rock’s co-chairman, said the organization aims to showcase the potential of an underdeveloped or neglected area of town.

“We’re trying to bring in things that do not exist in Argenta right now,” she said.

Hancock said the organization worked with community members and business owners to determine what they wanted. With their input, the project began to take shape.

Argenta has a need for a retail presence, Hancock said, which led to the decision to construct booths for local and Etsy vendors. These booths will also be used for the Dogtown Farmers Market, which occupies the parking lot on weekends.

The other main structures include a performance stage, which will be wired to support microphones, and covered seating.

Hancock said of the six projects PopUp has done so far, this one is the most construction-intensive and permanent. It’s also the smallest, when measured by square footage, she said.

In the past, pop-ups have lasted a day or two, Hancock said. This one will stand for two months. The organization usually focuses on an entire city block, too, instead of a single parking lot.

When the lot isn’t in use by PopUp or the farmers market – which will primarily be during Art Walks or at the time the market is open – the space will be available to members of the community.

Hancock said there is no formal schedule or process required to host an event at the pop-up; the organization “didn’t want to restrict it in any way,” she said.

Hancock said over the last few years, pop-ups have been constructed in different parts of the city. A 2012 project involved creating a bike lane on South Main Street with white duct tape, which eventually became a permanent fixture when Little Rock painted bike lanes on the street.

PopUp in the Rock is a partnership between Create Little Rock, which is associated with the Little Rock Regional Chamber of Commerce, and studioMAIN, a nonprofit architectural design group.