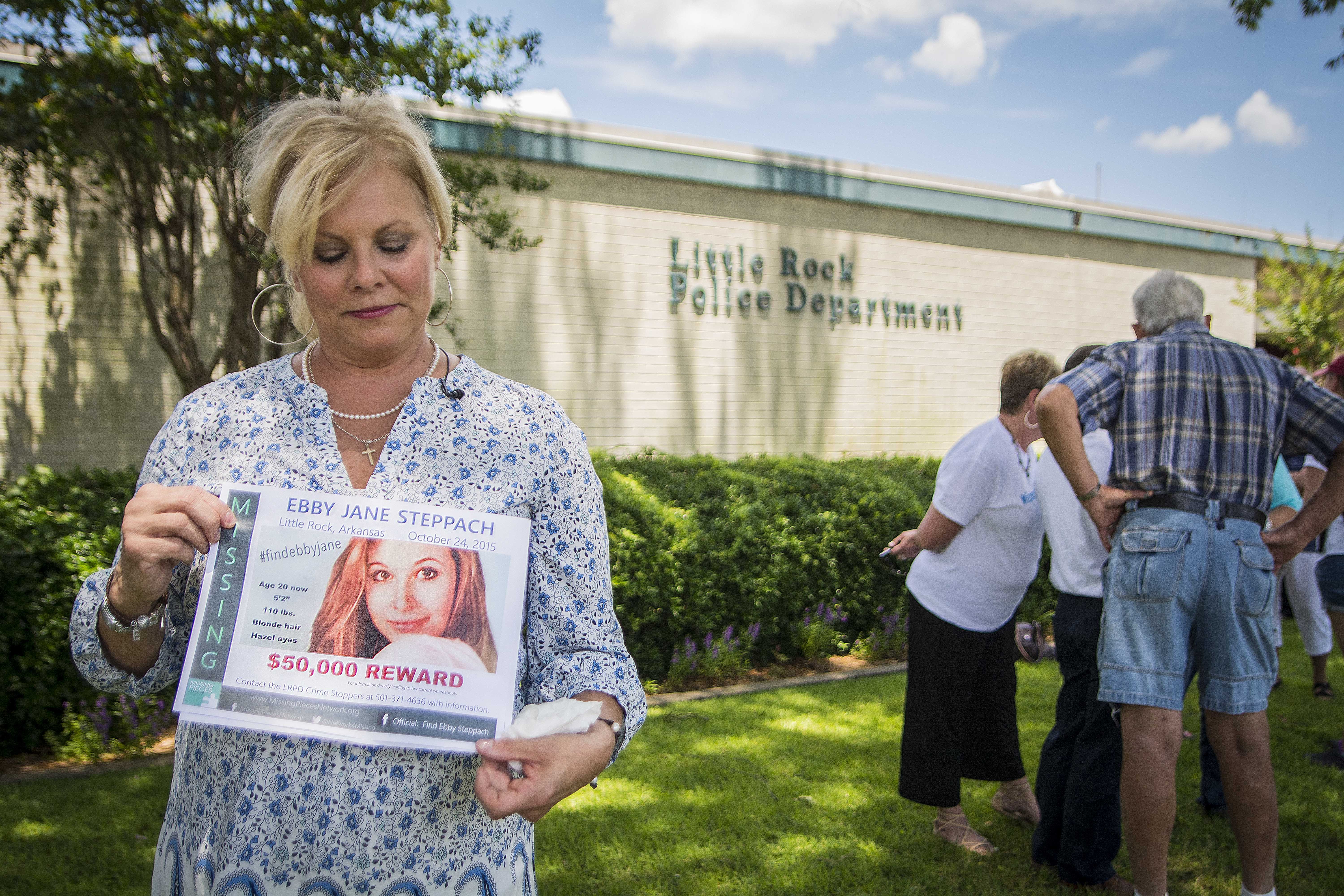 The family of Ebby Steppach, a Little Rock woman missing since 2015, received word March 28 of a possible sighting, as-yet unconfirmed. The report comes just days before Steppach’s 21st birthday.
“A sighting was called in from I don’t know who,” said Laurie Jernigan, Ebby’s mother. “Law enforcement has it and they’re running it down. We’re waiting to see.”
Related: The Disappearance of Ebby Steppach »
Jernigan said the sighting was made outside Arkansas, but that the exact location is not being released so as not to compromise an ongoing police investigation. She said the caller who allegedly saw Steppach claimed to have seen her walking on the street and she appeared to be alone. The caller also reported that Steppach, who regularly experimented with her hair color, was blond.
Det. Tommy Hudson, who worked the case when it was active and continues to work it as part of LRPD’s Cold Case Division, notified Jernigan of the reported sighting and asked that she notify the public of important call-in numbers, which she did via a Facebook page dedicated to the case. She said she has been besieged for updates following the posting and asked for patience while the police look into the new lead.
Related: In Search of the Vanished »
“It takes a minute to run this down, it could take a week or so,” she said.
Steppach has not been seen nor heard from since disappearing from a Little Rock park in October 2015. In addition to implementing a $50,000 reward last year, the case received a flurry of publicity. Little Rock-based AY Magazine ran a three-part series on Steppach’s disappearance and both Nancy Grace and Dr. Phil featured the case, generating worldwide attention and jump-starting calls to LRPD.
Related: I’ll Fly Away »
Jernigan said any tips or leads should be phoned in immediately, first to 911 and then a follow-up call to the Cold Case Division at 501-404-3128.
“Det. Hudson said most people, if they call in tips, they say, ‘Well, last week,’ or ‘Last month…'” she said. “He asked me to make sure I put out there everywhere that if you have a sighting to call 911 immediately. Don’t wait a couple days and don’t call him first, call 911.”
Related: Ebby Steppach’s 21st Birthday Party »