Postseason Performance Stings, But Arkansas Baseball Will Be Back 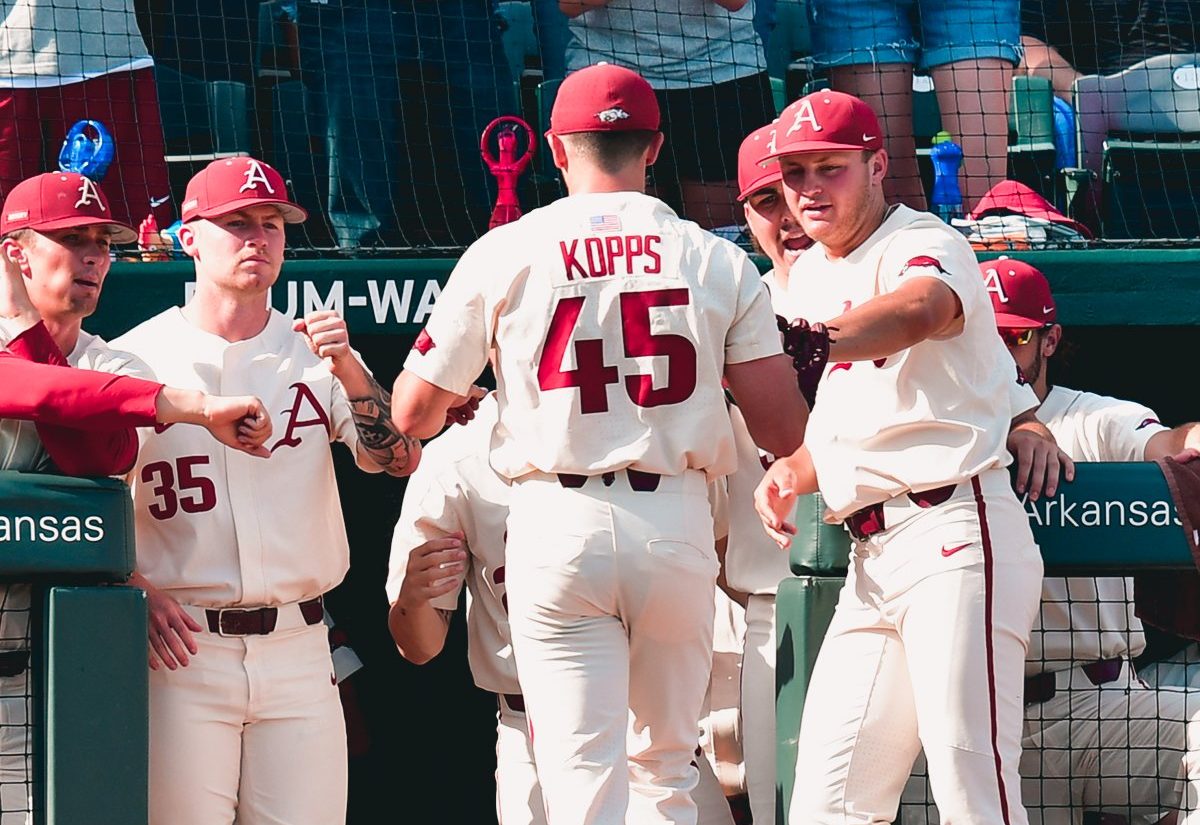 Gov. Asa Hutchinson has done it. Members of the Arkansas media have done it, and your fellow Hogs fans have done it. They are all trying to point out the silver lining in the dark cloud of gloom that is Arkansas baseball. I saw an array of cheery messages on social media as soon as the game ended Sunday into Monday.

I’m not going to blow smoke and tell you that everything Arkansas has done this year makes up for blowing the Super Regional series against North Carolina State. I mean, it’s a nice, rosy sentiment and following Arkansas’ 3-2 loss to North Carolina State Sunday night, but to me it just doesn’t cut it. My soon-to-be 10-year-old Luke, a baseball aficionado and corner infielder/pitcher, wasn’t wanting to hear that, either. After the final out, he cried and went to his room.

Arkansas was No. 1 in the country all season and the No. 1 overall seed. They were the favorites to win the College World Series. So, when a team of that caliber doesn’t even make it to the CWS, that is a tough pill to swallow and dare I say, even a little bit embarrassing.

It would have been disappointing enough to blow things in Omaha but to not even get there? There really isn’t any way you can say this is one of the great seasons in Arkansas baseball history when the team doesn’t advance beyond the Super Regional. Maybe the best regular season. It was a great ride until the postseason began and many media members, like me, dismissed the Nebraska games in the Fayetteville Regional as the result of facing a tough, underrated Cornhusker bunch. Maybe it was more about the Hogs’ hitters and their inability to make adjustments under pressure. The pitching was good enough to win, the hitting was not.

Baseball is a funny game. It isn’t as clear-cut as other sports. A hitting slump that affects more than one player at the wrong time can be a great equalizer. That appears to be what happened in Fayetteville the past two weeks.

That’s why I have a hard time telling you, or even my kid,  “Hey, this was a great season with a lot of fun, and it is OK that it didn’t end in Omaha even though it stings a little bit.” I think that Hogs-colored glasses approach is empty and maybe insulting to your fandom.

I will instead offer you this. Once you have punched a wall or gone to your room and cried or spent the day at your desk mourning, there is one name you need to remember to get you back on track.

Dave Van Horn. He’s still the coach of your team. He’s still one of the best coaches in college baseball. He is a great recruiter and unlike some Hogs sports, you won’t have to wait on him to rebuild the team again and wait for three years to be good again. When the preseason polls are released over the winter, Arkansas will be in the Top 10.

Van Horn has built Arkansas to withstand graduation and turnover. Each year, the Hogs just reload with new, young talent combined with a core group of returners, no matter how big or small that group may be.

Van Horn is such a good coach and tactician that he changes with his personnel. He rode Kopps’ arm because he needed to, and could. Next season Kopps will be gone, and Van Horn most likely won’t have a pitcher he can use exclusively out of the bullpen all year, and then suddenly start the biggest game of the year and get eight innings out of him.

It doesn’t matter, he will adjust. He may have a better starting rotation next season, a stronger bullpen overall. He will figure it out and devise a strategy to win games in the toughest conference in the country. And maybe you’ll be able to go to Omaha again. And if Arkansas isn’t the No. 1 overall seed, that’s OK, too, because no No. 1 seed has won the CWS since Miami in 1999. Feels like a curse.

Arkansas had a nice run this year including winning the program’s first SEC Conference Tournament. But, it’s OK to be majorly disappointed by not meeting the lofty expectations. Just be glad your team has those expectations every year and not occasionally. The future is bright as long as Van Horn is in the Hogs dugout.