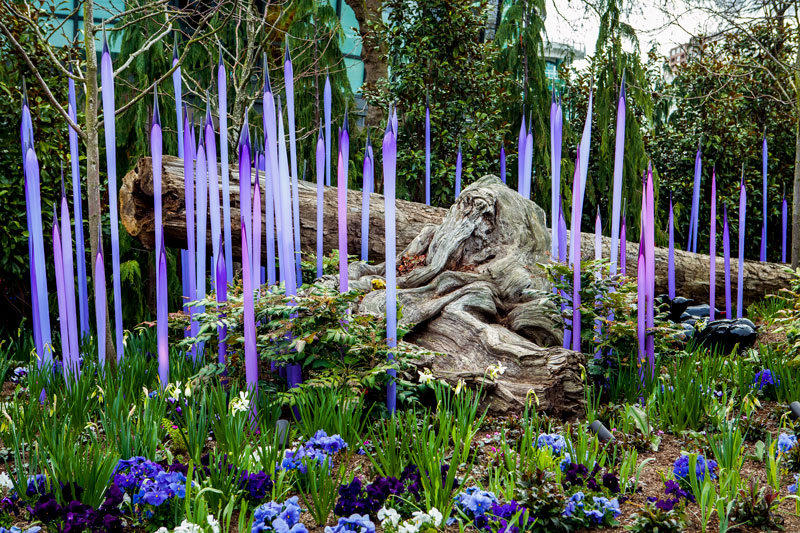 Crystal Bridges has been the cultural hub of Northwest Arkansas for several years. It has inspired a newfound love for the arts and allowed Bentonville to grow and prosper with its culinary scene. One of the amazing things about Crystal Bridges is the museum’s refusal to become stagnant. Besides new exhibits every quarter, they are also adding to their permanent collection. The next few months are sure to be exciting and worth a trip up the hill to Northwest Arkansas.

On June 3, Chihuly: In the Gallery and In the Forest debuts. This exhibit lasts until August 14 in the gallery while the outdoor aspect runs until Nov. 13. These dual exhibition showcase the innovative and diverse work by the famous sculptor. For those unfamiliar with the artist, Chihuly began his career as a glassblower, crafting gorgeous works. He received a Master’s of Fine Arts in Sculpture and studied the art form extensively in Venice after winning a Fulbright Fellowship and a Louis Comfort Tiffany Foundation grant. An accident in 1971 blinded him in his left eye and another injury in 1979 prevented him from being able to blow glass. But that didn’t stop him from creating. Chihuly found himself working as an artist who worked through the hands of his assistance, directing them to ensure his vision was achieved.

For over 40 years, Chihuly has been an innovator working in many media including glass, paint, plastics, neon, and ice, and always pushing their boundaries. He has changed the way the art world thinks about glass and stretched the medium to new realms of possibility. His ambitious site-specific installations in museums, gardens and public spaces have led to global acclaimed. The Crystal Bridges exhibits will feature extensive indoor and outdoor installations including new works by the artist, as well as iconic works spanning the breadth of his career. Ticket price is $20 for In the Gallery and $10 for In the Forest once the gallery portion closes. All members and youth ages 18 and younger get in free.

“Chihuly: In the Forest and In the Gallery will activate a new section of our grounds and ask our visitors to look at materials and arts relationship to its environment in new ways, due to the nature of the installation and the form of the objects,” said Dylan Turk, a curatorial assistant at the museum. “The outside section of the exhibition is a completely new part of our grounds, with amazing and unfamiliar views of our building. I think our guests will look at the architecture of Crystal Bridges with newfound curiosity.”

Another exciting outdoor addition is Buckminster Fuller’s Fly’s Eye Dome. Fuller, a genius who gained acclaim as an inventor, a designer and an architect. Fuller became known for his geodesic domes, a lattice shell structure, which can now be found in everything from civic buildings to military radar stations. He received the first patent for this work in 1954 and designed this particular 50-foot Monohex dome, constructed from glass and fiberglass, in 1965. It is the largest of the three similar he designed. According to Turk, the Crystal Bridges collection of works represents American innovation and creativity, something Fuller had in droves.

3D computer rendering of Buckminister’s Fly’s Eye Dome as it will appear on the North Lawn at Crystal Bridges Museum of American Art. (View from Early 20th Century Gallery Bridge.)

“The Fly’s Eye Dome was one of Fuller’s last projects — a culmination of efforts to make housing affordable and accessible to all, he said. “For Crystal Bridges, the dome persuades us to embody Fuller’s spirit of innovation, creativity, and dedication to humanity by making a world that is more inclusive and supportive of all people. This dome expands our exhibition of great American architecture, specifically architects who have dedicated much of their practice to the advancement of housing design. Fuller broke boundaries, advanced geometries, and inspired generations to think more expansively about the human’s connection to the Universe.”

Once Fly’s Eye Dome arrives, it will be in good company with the Bachman-Wilson House, a Frank Lloyd Wright home that the museum purchased and moved to Bentonville. Designed in 1954 for Gloria and Abraham Wilson, the house was originally built along the Millstone River in New Jersey and subsequently purchased by architect/designer team Lawrence and Sharon Tarantino in 1988. After many close calls of flooding, the Tarantinos decided to relocate the house to ensure it’s preservation. After a multi-year search for a suitable location, Crystal Bridges acquired the house in 2013.

The museum had the home disassembled and transported 1,200 miles to be reconstructed. One of the primary goals when rebuilding the 1,700-square-foot home was to preserve its materials and setting as best possible. It overlooks the Crystal Spring in a similar manner to the way it sat above the Millstone River. Most of the mahogany wood and glass are original while concrete was made to Wright’s specifications. In a nod to the suburban simplicity of the 1950s, the pristinely maintained lawn features 20 species of shrubs, perennials and trees. 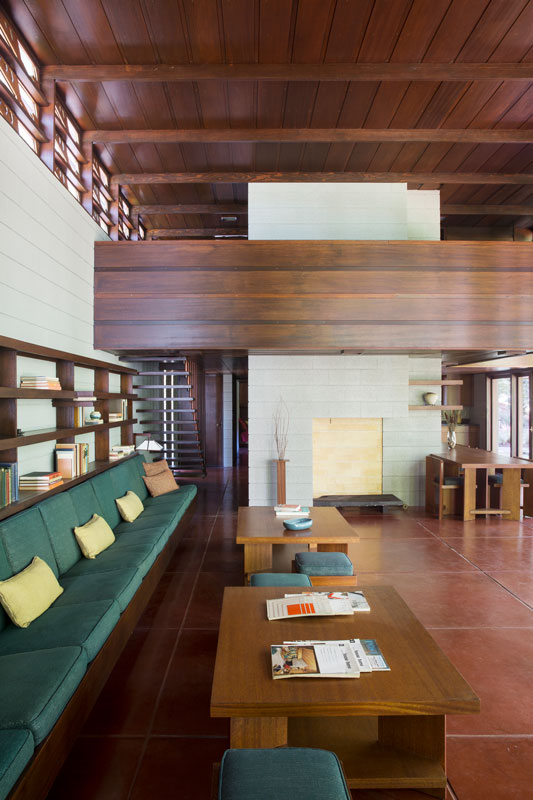 Bachmann Wilson is an example of Wright’s famous style of Usonian architecture, which he developed during the Great Depression as a distinctly American and democratic style of Architecture. Some of the highlights inside the home include the 4 x 4 grid system on the radiant heat floor that aligns the “Cherokee Red” concrete with the walls and ceiling. Light shines through the geometric patterns of the clerestory windows to highlight focal points of the design in the large living room. In this area, one can find built-in furniture and fixtures that Wright personally designed.

Wright’s personal connection to Arkansas comes through his protege Fay Jones, who worked in Fayetteville for much of his career. Jones’ work inspired Moshe Safdie’s design of Crystal Bridges itself. Both Wright and Jones sought to integrate their structures by connecting them to the typography of their environment, a move that Safdie used for the museum.

Inside the museum, look for exciting exhibits to come. Curator Chad Alligood, who oversaw landmark shows such as State of the Art, recently departed for a new position on the west coast. Former Associate Curator, Permanent Collection, at The Studio Museum in Harlem, Lauren Haynes recently joined the team as the new curator of contemporary art. She is a specialist in African American art and has curated many exhibitions along with authoring several landmark catalogues. She holds a Bachelor’s Degree in Art History from Oberlin College.

“Lauren is already an accomplished curator and, and we look forward to her star continuing to rise at Crystal Bridges. Her experience and vision will inspire our audiences and make a great contribution to our growing, more inclusive contemporary program,” said Crystal Bridges Director of Curatorial Affairs, Margi Conrads. 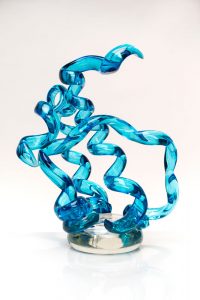 While Haynes joined the team last October, she will assume more responsibility with Alligood’s departure and assist with the development of visual arts programming for the new annex they are constructing in a refurbished Kraft Cheese plant in downtown Bentonville, set to open in 2019. She describes her approach to curating as being hands-on, meeting as many artists and seeing as much art as possible. Her hope is to connect visitors with exciting artworks and artists that they may not have known before.

Haynes said, “I am thrilled to be joining the Crystal Bridges team. I have closely watched all of the work being done there since the museum’s founding and I look forward to helping grow the contemporary art program. Crystal Bridges and the Studio Museum share a commitment to bringing innovative and challenging artworks and exhibitions to broad and diverse audiences. I can’t wait to bring the perspective I’ve developed over the past 10 years to Crystal Bridges and the Northwest Arkansas community.”

With so many exciting things on the horizon, Crystal Bridges is a must-see for the summer. Whether a stroll through the trails, a tour of the Bachman Wilson house or pursuing the galleries, you’ll be glad you made the trip.