Held on January 27th at the Albert Pike Memorial Temple in Little Rock, the 2016 Arkansas Preservation Awards will honor outstanding achievements in historic preservation in ten categories. The presentation of the Parker Westbrook Award for Lifetime Achievement is the highlight of each Awards program. Named in honor of Preserve Arkansas’s founding president, the Parker Westbrook Award recognizes significant achievements in historic preservation over a period of years or decades. The award may be presented to individuals, organizations, businesses, or public agencies whose activities may be of local, statewide, or national importance. This year’s Westbrook Award winner is Cheryl Griffith Nichols of Little Rock. 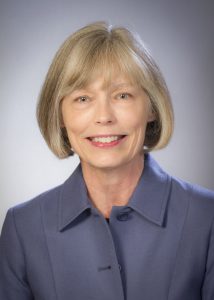 Cheri’s resume is full and diverse. Its highlights include serving as program assistant for the National Register of Historic Places, two extended stints as executive director of the Quapaw Quarter Association as well as long service on its board of directors, and the distinction of being one of the founding board members of the Historic Preservation Alliance of Arkansas. She was co-author, with F. Hampton Roy and Charles Witsell, of How We Lived: Little Rock as an American City (1984), as well as the author of scholarly articles, National Register nominations, and guidebooks. Cheri was involved in successful campaigns to save such notable structures as the Kramer School, West Side Junior High School, and Curran Hall, among others. She has been honored by the Quapaw Quarter Association with both its Jimmy Strawn Award and the Tom Wilkes Award for outstand board service; the Association’s historic building marker program was renamed in her honor in 2016.