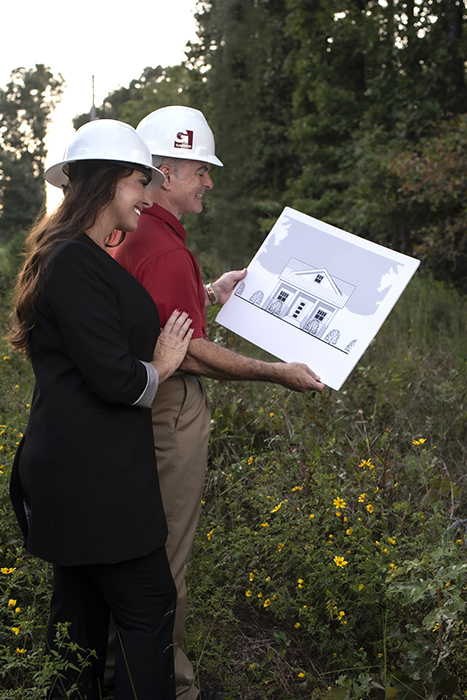 A woman looks out a borrowed window in a borrowed room onto a world she doesn’t recognize. Maybe her life only recently got off track, derailed by the violence and terror of another. Maybe, she’s never known a time when someone wasn’t abusing her, pushing her around, cornering her in the dark. And maybe that led her to abuse herself through alcohol and drugs, deepening the dependence and lengthening the cycle.

“Only a crazy person,” people say, would stay with someone who physically abuses them, but she can’t escape what’s been hammered into her for so long. There had to be something she did, she thinks. Talked too much, moved too slow, got in the way; something that made him do it.

She’s tired; so tired her brain clicks away from the uncertainty of freedom back to what she knows and what she’s learned to deal with. “Who was I kidding,” she thinks weakly. There’s no place to go but back.

With everything Jajuan Archer has to be proud of in her life — the business she built, the happy marriage she’s got, the friends she’s accumulated — it’s hard to imagine a patch of bare Saline County dirt would rate very high. Like all vacant land, the acreage glimmers only in potential. But it’s a potential that represents a landmark achievement for Archer and Women’s Own Worth (WOW), the organization she founded to help pluck domestic abuse victims from the inexorable riptide that pulls them back to their tormentors.

Archer’s story unfolded almost 10 years ago when a man she’d dated briefly became deranged in his possessiveness. Over the space of a month, he twice held her at gunpoint, the second time as he forced her into her car and began to drive, hissing, “it’s over for you.” Desperate, she snatched the handgun she’d just started carrying out of her purse, emptied the clip into him and leapt out of the car. Witnesses say her abductor had the strength to get out and aim the rifle at her as she ran, then fell, mortally wounded, without pulling the trigger. 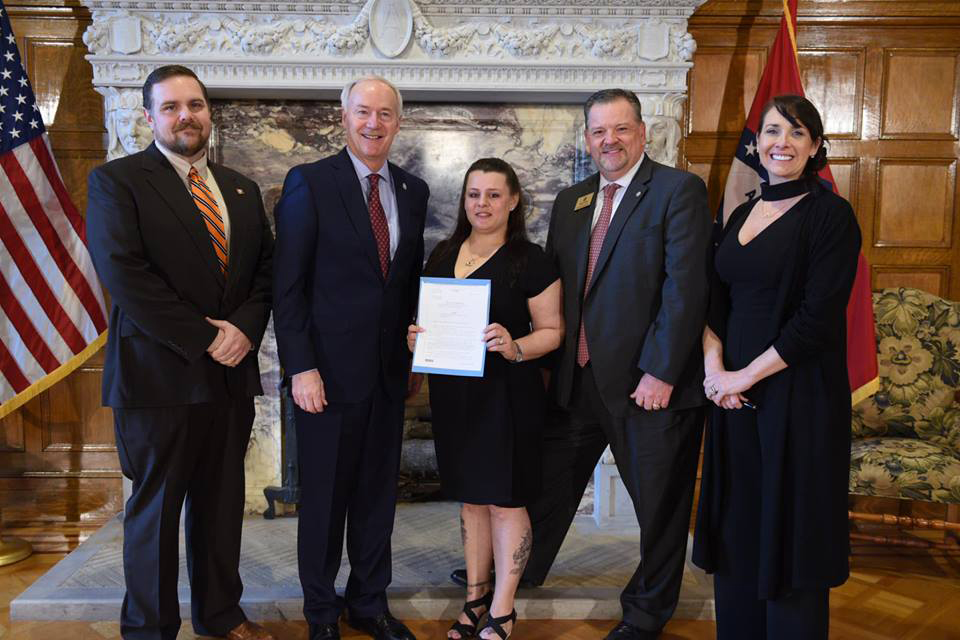 Jajuan Archer (right) and Brandi Strickland (middle) with Gov. Asa Hutchinson after his signing of the victims impact statement law.

Over time, Archer has told the story repeatedly — mostly to help others, partly to continue to come to grips with what happened. It helps to tell it, sometimes, but it never fully exorcises the demon of that day. So, she figured if she was to carry that with her forever anyway, it might as well be for the good of others. Women’s Own Worth was born.

“You don’t ever totally get over it; you just learn how to put it up on a shelf and on days that you need to take it down and give your story, you do,” she says. “Then it’s a blessing for others to know that they’re not alone and that they can move past it and then they do it.”

“It takes you a while to get back to that balance again. But sometimes we have to be a little off-balance. Whether you want to keep it or not, it’s with you the rest of your life.”

WOW has become a resource for people in abusive situations or victims of violent crime and has executed that mission in a variety of ways. Beneficiaries tell of being provided a car, counseling, getting their teeth fixed or having one of a thousand other needs met to help them get their feet under them.

The group is supported by donations and the annual WOWapalooza gala held at the Arkansas Governor’s Mansion. This year’s event has special emphasis as WOW is looking to raise $100,000 with which to build and open its first transitional home on that Saline County dirt.

“We’ve been reaching out to different companies to help us and to raise the funds. We have the land, two acres and we want to eventually have five homes,” Archer says. “It’s going to be a community where families can live and feel secure in their own individual homes and prosper in the community.”

“We’ve raised $100,000 and our goal is to raise another $100,000 toward this, which will get one home built with a family in it and be able to sustain it for a year. Our goal is to have each one of these homes paid for and clear, so WOW is not in any kind of financial debt, and we can still help people.”

Tenants in the transition home will be able to live there for up to two years and must meet certain criteria such as maintaining employment or being enrolled in school. Archer says this is not only to prepare survivors to be self-sustaining but to send a message of resiliency to their children. 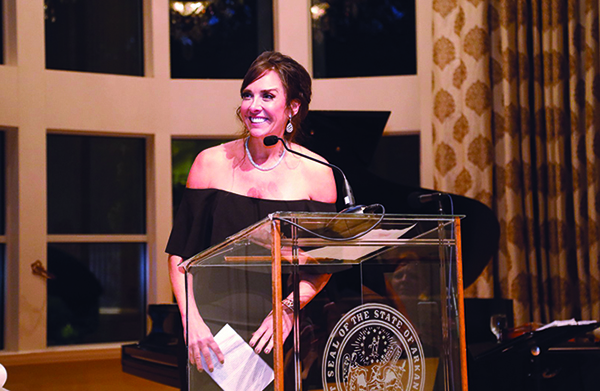 Ange Ondrisek has had a front-row seat to WOW since Archer founded it, and then some. Ondrisek was born into the defunct Tony Alamo Christian Ministries community in Dyer, an organization widely regarded as a cult. It was a place of absolute subservience to the founder — to this day, she refers to Tony Alamo as “the pastor” — punctuated by beatings masquerading as discipline and pedophilia as prophecy.

By 16, she was living in Alamo’s house where her underage sister was one of his numerous wives and was there the day a SWAT team raided the compound on reports of child abuse. She eventually was placed with Archer’s sister and her family in Benton as a foster where she began the laborious process of preparing for a life outside of the rigid constricts of the only home she’d ever known.

Ondrisek has received help from WOW since then and says the forthcoming house would have been a welcomed haven for the people who ran away from the compound — including two of her brothers — and those who might have run had they known there was some place for them to go.

“My friends that ran away, that were so brave,” she says. “I feel so bad because I didn’t have the courage and I got taken out and I was given all these privileges that they didn’t get. When they ran away, they had nowhere to go to.”

“They had to find somebody they barely knew and go live with them in this scary world where they didn’t know anything. Most of them didn’t have a proper education because our school wasn’t accredited, so no one recognized it. When they came out it was hard to get jobs. They had to put themselves through GED. If college was an option, they had to take all the debt on themselves. Most of the time though, they just immediately had to work because they had nowhere to land.”

“I think those people that were ready to leave and that actually had the courage to do it absolutely would have benefitted from a place like this transitional home.”

Tears are cheap for Jajuan Archer; so easily is she moved by such stories and the opportunity to positively impact the people behind them. Mostly she’s moved by the grace and mercy she believes saved her life in more ways than one and that continues to guide her steps today.

“Every time God places a promise on my heart, it happens, and this home is going to happen in His time,” she says. “He’s going faster than me a lot of the time.” 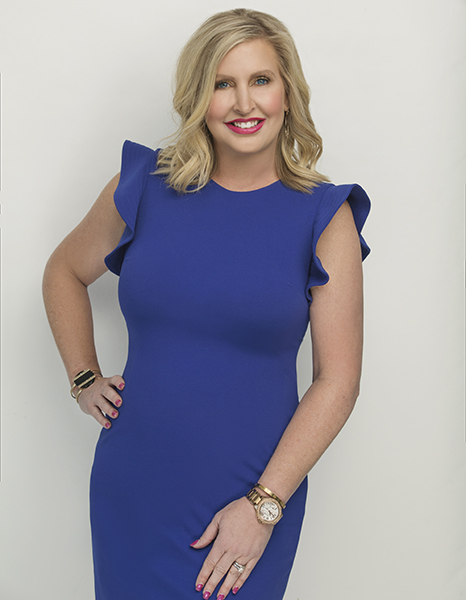 Woman of the Year

The first time Heather Baker met Jajuan Archer and heard the story behind Women’s Own Worth, she knew it was a cause she wanted to support. Archer felt the same way about the longtime Little Rock media mogul, the 2019 WOW Woman of the Year.

Baker, a native of Jacksonville, started her career selling radio ads in college for KKEG and the voice of the Razorbacks. She created and launched Arkansas AutoBuyer which led her to publish and create Arkansas Times’ publications Arkansas Wild, Savvy Kids, as well as the H. Baker media publication, Drive Arkansas. With more than 20 years of publishing to her credit, she rides herd over Vowell Inc.’s AY Magazine, Arkansas Money & Politics as well as specialty publications Arkansas Hospital Association, Northwest Arkansas Medical Center and the Mental Health Guide of Arkansas.

The worlds of television and music will be aptly represented at the 2019 WOWapalooza, scheduled for October 11, beginning at 5:30 pm at the Arkansas Governor’s Mansion.

Brandi Passante, star of Storage Wars, will serve as emcee. Speaking from her home in California, the Texas-born Passante says she was moved to take on the role after meeting WOW founder Jajuan Archer. 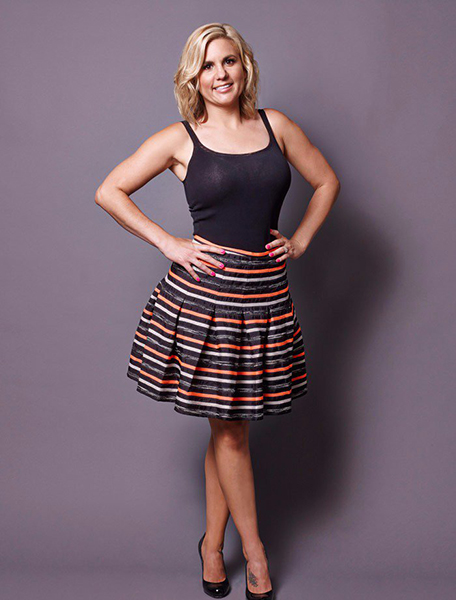 “I fell in love with her,” Passante says. “She’s just an amazing person. Her whole story really hits you. She mentioned ‘it would be so fun if you could emcee our event, but we can’t afford it.’ I was like ‘oh goodness, I would love to do this. It’s a cause that’s close to my heart.’”

Passante says growing up in a household where her mother endured abuse in her marital relationships left her with a desire to help others in the same situation.

“[WOW] is something that I can really appreciate,” she says. “The things that they’re doing are really powerful for women who are abused. They are alienated from their family and friends, and they’re made to feel like they’re unable to take care of themselves, and they get stuck in these positions. With WOW providing housing and scholarships and all of these things to people who thought that they didn’t have another option is so wonderful.”

Also scheduled to appear is Bailey Hefley, Arkansas-born country artist, whose single “Dust on a Diamond” was written about a difficult relationship. 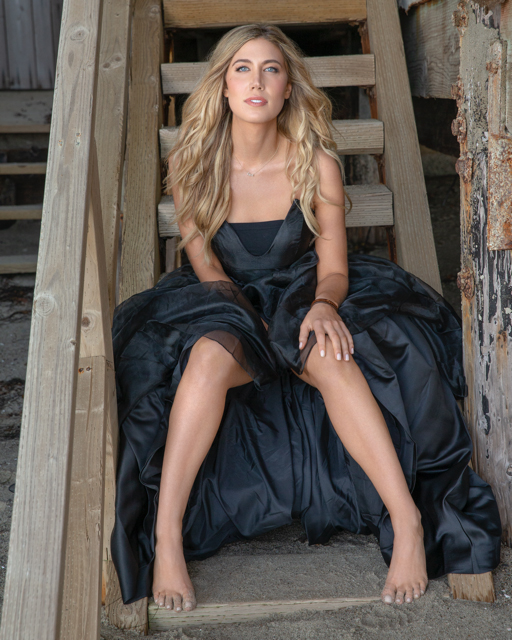 “I went through this break up, and I lost this guy that I cared a lot about,” Hefley told AY in April. “And I questioned myself. I thought, ‘What’s wrong with me?’ And I kept looking in the mirror, and I would cry. That was at my lowest point. I would just say, ‘Why me?’ I would even ask God, ‘Why is this happening?’

“One thing I really realized is that it’s not necessarily happening to me — maybe it’s happening for me. Maybe it’s part of my path. And then I sat down one day, and I wrote this song and it just kind of all became so obvious to me and concrete, and I listened to it for hours on repeat. I felt so chill, and I really hope that everybody can feel like that if they’re going through something similar.”