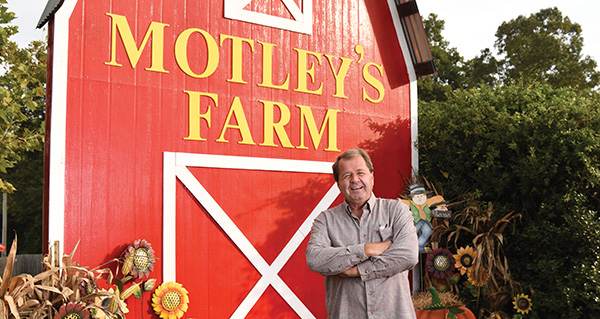 Pumpkin to Talk About at Motley’s Pumpkin Patch

It’s the most wonderful time of the year again. No, not Christmas. It’s fall. Or autumn, depending on which side of the pond you’re from. The air is finally crisp rather than thick, and the leaves are starting to look like little puzzle pieces of art. The Christmas holiday season gains a lot of popularity for its traditions of gift-giving, waiting on Jolly Ol’ Saint Nicolas and, of course, the Christmas tree. In the build-up to Christmas, the fall months are often “breezed” through with little to no appreciation for the traditions society has created around the season. Apple cider, Halloween decorations, thoughts of Thanksgiving, and the big orange cherry on top — pumpkin patches.

Randy Motley of Motley’s Tree Farm and Motley’s Pumpkin Patch is no stranger to the festivities of both the fall and winter months; he is prepared for both. Motley opened his Christmas tree farm in 1982, and when the pumpkin patch boom came years later, he was ready to adapt.

“We added the pumpkin patch around 2004, and the pumpkins tied in real well with the Christmas trees because it just went from one season to the next,” Motley says. “We have three full-time employees, but with the rush of fall and winter we have to hire around 75 seasonal employees to keep everything running.” 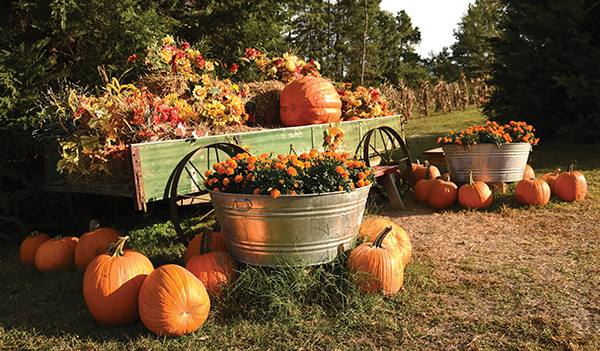 Motley’s Pumpkin Patch has all the classic activities like hayrides, petting zoos and “gourd”-geous photo-ops, but with a special Motley twist to make this pumpkin patch the best pick from the vine.

“We learned long ago that moms and young people need plenty of opportunities for amazing photos,” he says. “Memories are always made at the pumpkin patch, and pictures are something that families will look back on and share, so we’ve set up the perfect places for photos all over the farm. Moms always get so excited setting their kids up for photos.”

The memories only grow with each activity at the patch. One of Motley’s newest additions in recent years is the jump pillows set into the ground. The pillows are akin to bounce houses, but bigger. Measuring at a whopping 32 feet by 75 feet, the pillows are a few levels above jumping off of a bed into a mound of pillows. Another signature attraction is Motley’s pirate ship waiting for this season’s crew of young pirates — the Motley Crew, if you will.

New and familiar faces are waiting to be pet at the classic petting zoo. Two special four-legged friends, Maggie the donkey and Daisy the pig, are especially excited for another season of smiling faces. New to the little zoo are some goats and a few baby pigs getting ready for the annual pig races.

“We bring in new pigs every year for the pig race,” Motley says. “We’re about to start them on two-a-day training with no pads.”

Getting to the main event, the pumpkins, Motley and his team have created a pumpkin paradise for guests. Not wanting his patch to blur with others around the country, Motley designed an intricate setting for his pumpkins to stand out. 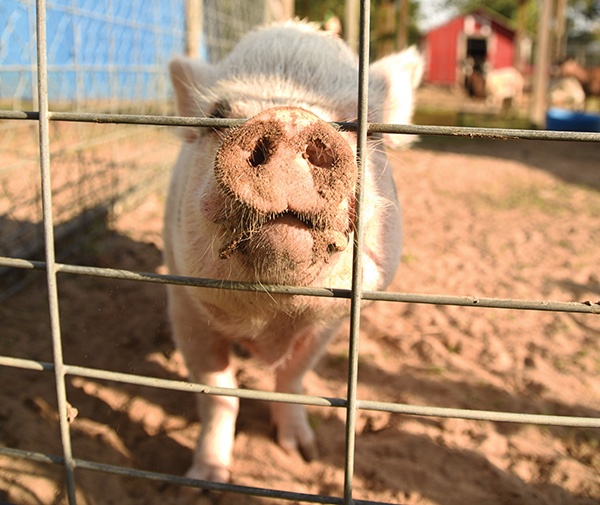 “This is not just a 50-acre field of pumpkins out in farming country; these are polished pumpkins with rows of flowers surrounding them and a photo-op in the middle. This is the prettiest pumpkin patch. We load up all the pumpkins we need, set them up to look beautiful, and the whole scene looks as though pumpkin fairies came in and fixed everything,” Motley says with a laugh. “We keep plenty of pumpkins around, and specialty pumpkins are taken to a tent, like the flat white and new moon pumpkins that you see in Cinderella.”

The king of the pumpkin patch has probably seen every shape, size and color of pumpkin, so it’s only natural to wonder what his pick of the patch is.

“I like a regular jack-o’-lantern type that’s kind of tall because I can see a Frankenstein head come to life,” Motley says. “We’ve learned over the years that if a pumpkin is a little bit different, has a bit of a different shape, it will be one of the first ones to go. Everybody wants the unusual.”

After a long day of jumping on giant pillows and finding the perfect pumpkin, Motley’s Pumpkin Patch also sells homemade goods to browse and enjoy.

“On a busy weekend, we make and sell around 200 pounds of fudge,” Motley says.

Jumping on the term “agritourism,” Motley wants his pumpkin patch to be an experience for the whole family. Pumpkin patches can also be a dime a dozen in originality, but Motley has spent the last few decades guaranteeing that his pumpkin patch is unlike any other.

“Some pumpkin patches think the idea is to have a huge deal of pumpkins and that’s it. We have a beautiful farm and all the pumpkins we need. What we’re doing out here is a family experience,” Motley says. “We’ve been doing this so long, I have people come to me all the time to tell me that they used to come to the farm when they were kids, and now they bring their own kids out here. That’s what I like to hear. To know that generations are coming back to the farm because of the memories they’ve made is so nice. This is why I tell parents to take a lot of photos because this is what they’ll never forget. These moments are so special.”