Puppy Love at the Humane Society of Pulaski County 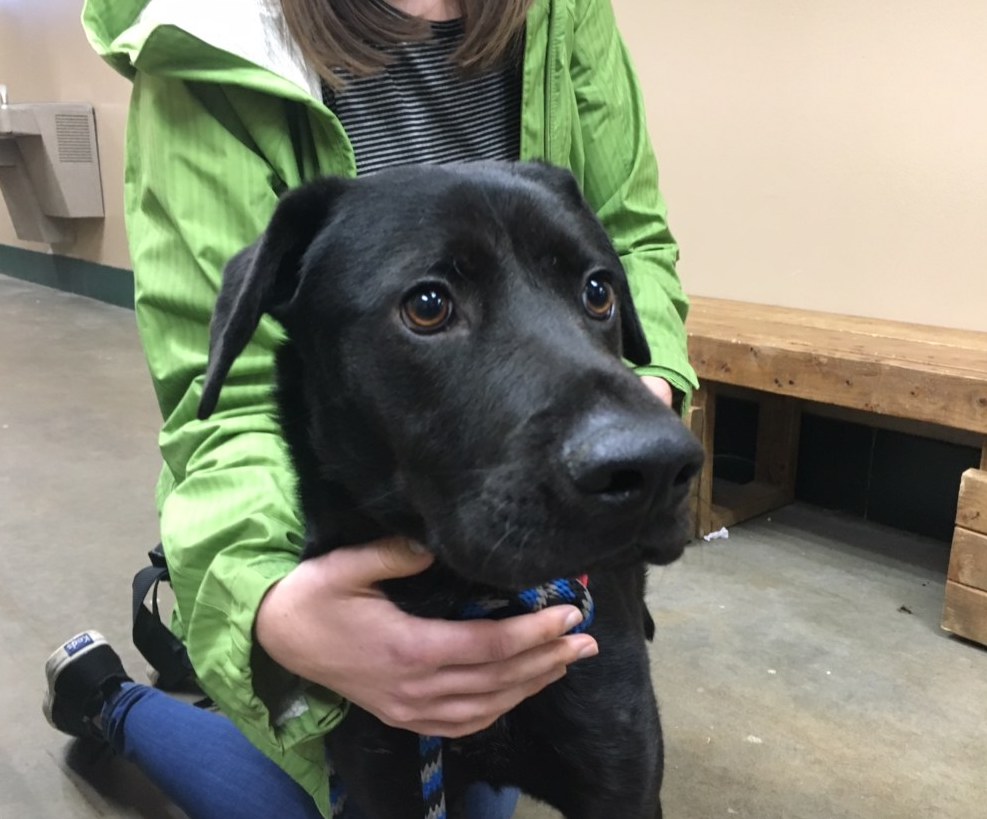 When you adopt a pet from a humane society, you are not only saving an adorable animal by bringing them into your family and home, but you also make room at the shelter for another animal that desperately needs loving care.
I stopped by the Humane Society of Pulaski County to see if they had a pet that would like to be featured in AY. I had the pleasure of meeting Byron, a two-and-a-half-year-old, male black lab mix.
After a few minutes together, his timid and shy demeanor slowly began to melt as he began to warm up to me. It was puppy love!
Debbie Howell, president of the Humane Society of Pulaski County, said the volunteers at the humane society found Byron after he was hit by a car in 2017 and were able to nurse him back to health. Unfortunately, his injuries from the accident forced them to amputate his left back leg. This hasn’t slowed him down, though! He may not be running a marathon anytime soon, but he is still able to get around independently, run and jump like any other dog.
Byron does well with other dogs. Adopting him into your pet family would do him a lot of good, allowing him extra time to socialize that, along with a lot of tender love and care, would help him get over the shyness he developed during his neglected puppy years.
Byron would love a home with a fenced-in yard, so that he would have a secure area to run around in and never have to worry about losing his new family.
He’s neutered, is up to date on his routine shots and heartworm preventatives, and is proudly housetrained.
If you think Byron might be the pet you’re looking for, call 501-227-6166 or stop by the Humane Society of Pulaski County at 14600 Colonel Glenn Road in Little Rock and ask to meet Byron. He’s ready to take a chance on you, if you think you’re ready for him!