A California girl, Natalie Baszile, spent more than a decade, reconnecting with her family roots in Louisiana to produce a critically acclaimed novel centered on an African American family. The novel is brought to life into millions of homes and to rave reviews, as an OWN series, Queen Sugar. Baszile speaks to her personal connection to the characters, her novel and her readers as well.

I’m a native of southern California. Dad was born in Louisiana. It was really because of him I feel like I can claim southern Louisiana,” said Baszile, as she explains that she didn’t grow up being sent to the south during the summer. It was during her college years that she discovered the south when she visited relatives in the community of Elton, near Lake Charles, with her dad, Barry.

With full disclosure, I confess to her, not that she asked, that I read the book, after being totally captivated by the television series. The critically acclaimed show is audibly and visually sweeping and enthralling under the care of Academy Award winning producer Ana DuVernay.  I express my trepidation, that the book may not have the same dramatic effect as they series. For what it’s worth, I tell her the book evoked a physical reaction in me by page two.

I reference a point in Queen Sugar that struck me as something I too had heard my mother, who’s family raised animals and vegetables, say, paraphrasing, “You’re not poor if you can feed yourself.” Baszile’s dad and his mother used a similar phrase. “I think there’s a tremendous amount of dignity in that statement. There are things in life that are equally important than money. We live in a culture that values financial well-being over almost anything else.” Baszile continued, “We live in a time when people are judged unfairly by their bank account and their ability to conspicuously consume. The danger in that is that people end up chasing material wealth and judging themselves, and other people, by how much they’re able to acquire and consume. We forget about the important things.”

A poignant moment in the novel, observed by the main character Charley, of her daughter’s hair being brushed by Charley’s aunt, reminded me of similar moments from my own childhood, an experience not unique to me. I asked Baszile about the realism of the passage. “As I wrote Queen Sugar, I thought about my daughters. I know what hair means and what it doesn’t mean. My experience with my kids and my mother include those intimate moments and brushing their hair or having mine brushed as a child. Sitting down between your mother or grandmother’s legs is something every black woman on the planet is familiar with.”

Baszile accurately capture’s the moment she describes as one of  “intimacy and love.” “It fosters protection and security. It just means so much and I wanted to capture that. I wanted to let readers into a window of these small simple quite moments that black women and that black people experience. It’s part of our culture.”

When asked if the experiences within the book are only to African Americans, the answer is a swift no.  “If I can evoke the same feelings for others and pull them into the story . . . When they can say, I’ve had that experience too, that’s what pulls the reader in, and that’s a celebratory moment for me.

Baszile explains the universality of experience of one culture that can be true to another. “When Charley’s looking for the ring, (you’ll have to read the book to know why), if you’re white or black, every parent can relate to that moment. The emotions that follow between knowing what she needs to do for her child and being so angry and hurt that’s a universal moment. So, that, I saw as a moment that speaks to all readers.”

Another moment in the novel, places Charley in a precarious situation. “Now the moment in the car with the pickup truck, that’s a moment that black people have had,” explains Baszile. “Actually is was an opportunity to share a moment experienced by black people and others of color or any woman. I’ve had that experience of potentially being vulnerable and having to hold myself together when I could have been consumed by fear. And if white readers can come to an understanding of that kind of vulnerability, that’s important because it can evoke empathy, which allows people to see others as human beings and not others.”

The Central Arkansas Library System will host the 14th annual Arkansas Literary Festival, Arkansas’s premier gathering of readers and writers features bestselling and emerging authors from across the nation. Through a mixture of sessions, panels, workshops, activities, and special events, the four-day Festival encourages the growth of a more literate populace.

Brad Mooy, festival coordinator, has the difficult task of gathering, coordinating and overseeing the event. Over the years, the festival continues to expand in attendees, authors and locations. “I hope, careful planning has helped the Festivals success,” said Mooy. “Add fresh and innovative programming featuring terrific authors and the labor of many dedicated volunteers as well as CALS staff.”’

Pulitzer Prize and Grammy Award winners, filmmakers, comedians, and artists are among the diverse roster of presenters. The Central Arkansas Library System’s (CALS) Main Library campus and many other Little Rock venues are the sites for a stimulating mix of sessions, panels, special events, performances, workshops, presentations, book sales, book signings, and opportunities to meet authors. Most events are free and open to the public. Panels and sessions are facilitated by authors and illustrators from across the country and cover genres and topics such as nature, crime, science fiction, classic literature, southern culture, social commentary, physics, and religion. Many of the presenters have worked for highly-regarded institutions such as CBS News, Yale University, and the Smithsonian’s National Museum of American History. Two of the featured authors have also had their works adapted for television: Natalie Baszile’s Queen Sugar and Therese Anne Fowler’s Z: A Novel of Zelda Fitzgerald. Special events for adults include Author! Author!, a cocktail reception with the authors, on Friday, April 28, at 7:00 p.m. Tickets are $25 in advance and $40 at the door,  go to ArkansasLiteraryFestival.org for more information.

When asked what purpose the literary festival served, Mooy said, “The festival provides audiences with the opportunity to interact with bestselling and emerging national and international authors and reminds folks of the value of the written and spoken word. The Festival provides free-flowing ideas and images that stimulate, entertain, and educate. He explains the mission of the Festival is to encourage a larger and better population that reads, which meshes with the purpose of the Central Arkansas Library System.” 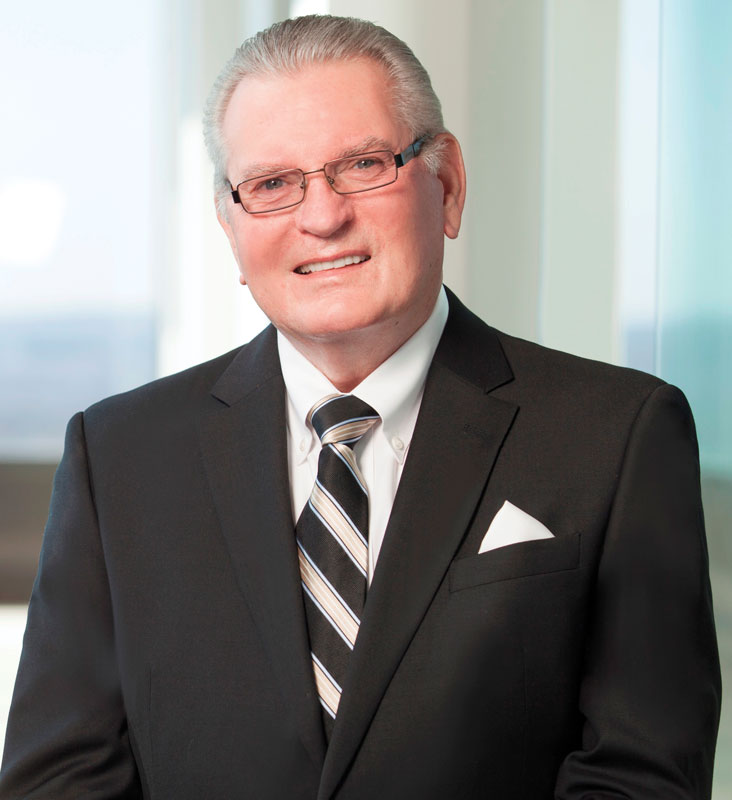 Raised on a farm outside of Nashville, AR, Roger Glasgow served Arkansas as Deputy Attorney General. He continues a successful career in law with more than 40 years with Wright, Lindsey & Jennings. He is the author of a primer to politics intrigue in the era of Governor Orval Faubus entitled Down and Dirty Down South: Politics and the Art of Revenge.

Natalie Baszile is an award-winning author of Queen Sugar, a novel adapted for TV by writer/director Ava DuVernay of Selma fame, and co-produced by Oprah Winfrey for OWN, Winfrey’s cable network. Baszile returns to Little Rock for the Literary Festival, her first visit since here with her dad more than 20 years ago. She lives in San Francisco, while maintaining her Southern Louisiana roots. 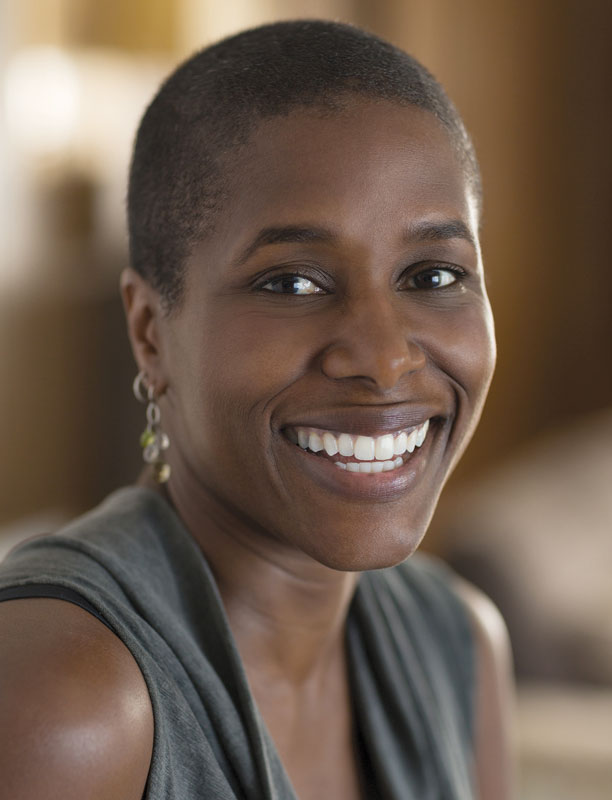 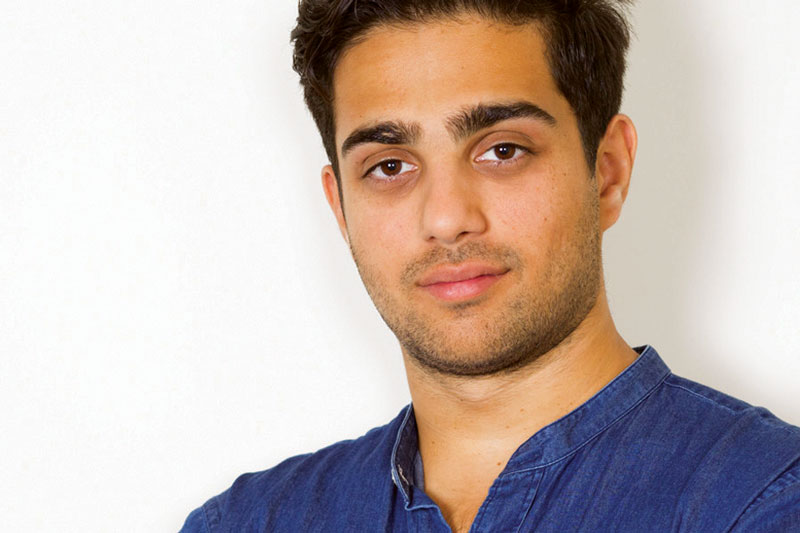 Fayetteville raised, Ian Purkayastha discovery of truffles in high school and his entrepreneurial zest has made him a staple with the world’s top chefs. According to the Wall Street Journal, Purkayastha’s Regalis Foods supplies about 80 percent of the Michelin-endorsed restaurants in Manhattan.” He is the author of Truffle Boy: My Unexpected Journey Through the Exotic Food Underground.