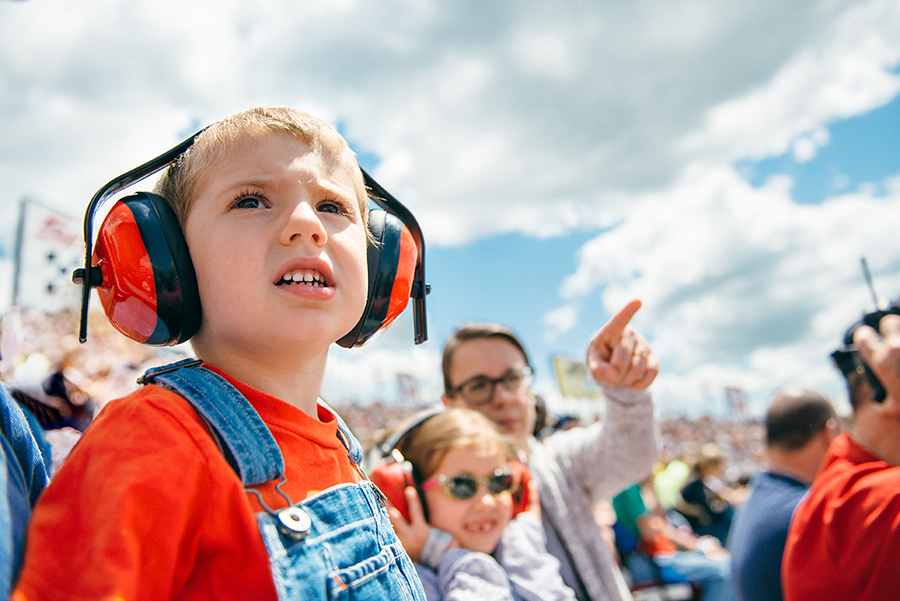 By Jeanni Brosius | Photos courtesy of Race for Hope 74
When legendary NASCAR driver Mark Martin retired in 2014, he came back to his hometown of Batesville, with a desire to help others in his community, especially children. There seemed no better way to raise funds to support his efforts than to host a national racing competition at the track where Martin launched his career.
The second annual Race for Hope 74 is scheduled for September 25-29 at the Batesville Motor Speedway in Locust Grove. Martin says the race is expected to draw 250 International Motor Contest Association (IMCA)-Modified cars from 30 states and have a purse worth more than $200,000. Last year’s winner, Ricky Thornton Jr., from Chandler, Arizona, walked away with $20,000 in winnings.
“I raced my first race in 1974 at that race track, and owner Mooney Starr and I had a desire to have another nationally recognized event for dirt track races because that’s where I started,” says Martin. “It is good for grassroots racers from all over the country, and we are combining it with fundraising for [Mark and Arlene Martin] Hope for Arkansas Foundation.” 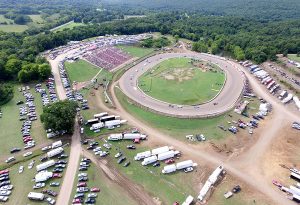 The Race
Because of the connections Martin has in the racing industry, he has worked hard to get the drivers in the race more recognition and expose the racers and sponsors to a broader NASCAR fan base. The festivities will begin on Wednesday and run through Saturday. Martin will be present throughout each night.
“Fans don’t have to wait until Saturday night to see a great race,” says Martin. “They’ll see some awesome racing each night with hundreds of cars trying to cut it down to the fastest 30… I will be a very strong presence every night at the race track. Every day, there will be a free lunch for the competitors and I guide a tour of the museum.”
Martin expects to have a full hour show about the race and highlights of the event air after the race on MAVTV, and live coverage of each night of the race will be on pay-per-view on IMCA.tv.
“I’m a proud Arkansan doing this from my hometown for my home race track,” says Martin. “I put my whole heart into this, making it a tremendous event for fans and competitors. It has been a big part of my life every single day, and I want to make it better and build it bigger.”
Since Martin began his career at the Batesville Motor Speedway, it has changed somewhat.
“It was a quarter mile when I raced, with no walls except on the front straightaway, now it is three-eighths of a mile with a wall,” he says. “We start three wide, 30 cars, 10 rows.”
Martin said he hopes to build this race up over the next 20 years to give the fans an amazing race.
“We didn’t get a lot of local support last year,” says Martin. “We have some great Arkansas partners that have come on board this year to help get the word out.”
A portion of the ticket sales will benefit Martin’s foundation.
The race track has also been a big part of the tourism for Independence County.
“I would like to say how thankful our community is that the Race for Hope will be hosted again in Independence County,” says Crystal Johnson, CEO of the Batesville Area Chamber of Commerce. “This race will bring visitors from across the nation to North Central Arkansas, creating a massive economic impact and giving exposure to this region of the state. While we can measure the economic impact of the race on our local economy, the effect that the Race for Hope will have on Arkansas families through Mark and Arlene’s Hope for Arkansas Foundation is invaluable.”
At the 2018 Mark Martin’s Race for Hope 74 at Batesville Motor Speedway, awards will be: $20,000 to win, $10,000 for seventh, $2,000 to start.
For more information on the race, visit Batesville Motor Speedway’s website at batesvillemotorspeedway.com. 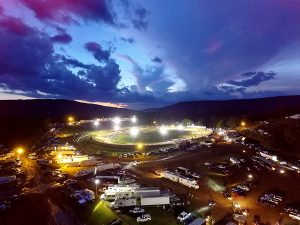 The Foundation
The Mark and Arlene Martin Hope for Arkansas Foundation focuses on advocacy for children, homelessness, hunger and basic needs.
“My wife, Arlene, and I wanted to start a foundation to help the less fortunate in Arkansas with a special emphasis on Independence County, largely targeting children,” says Martin.
In the short time since the Martins began the foundation, it has helped with starting a backpack program at Batesville Junior High School to send food home with students who may not have access to meals over the weekends. The foundation has also provided Christmas dinner for 300 families in the area.
One of the largest contributions the foundation is making is to help open a chapter of a Children’s Advocacy Center based in Batesville that helps abused children in a five-county area. It will be the 17th center in Arkansas.
To see what the foundation is all about, visit markandarlenemartinfoundation.org.
Child Advocacy
The Children’s Advocacy Centers of Arkansas initially began in 1999 with three centers called the Arkansas Association of Children’s Advocacy Centers. In 2003, the organization changed its name to Children’s Advocacy Centers of Arkansas. The purpose is to assist and support the state’s local children’s advocacy centers (CACs) and communities through the development, continuation and enhancement of the CAC model. It also serves as a link to regional and national support agencies and as the leading resource within the state dedicated to a coordinated and comprehensive response to child abuse. The local centers provide a safe place for neglected and abused children to talk with trained professionals.
“It was about two and a half years ago when we found out about the Children’s Advocacy Center and realized a need,” says Dianne Lambert, board president of the advocacy center.
Lambert says there are nearly 90 children from Independence County who are going to Searcy for help. The center will be located in a historic home at 510 E. Boswell and is scheduled to open its doors in October and serve children from Independence, Sharp, Fulton, Stone and Izard counties.
“We wanted it to be in a welcoming setting and be a soft place to fall,” Lambert says about using a home as the center.
Martin says he and Arlene have been close to some situations that educated them on the need for helping children in the Batesville area.
“Through some experiences, we had by people we are close to, we’ve learned what a tremendous need this is,” says Martin. “When a child goes through something like that, therapy makes a difference in their adult life… It’s really important work… Now the children have to go too far for weekly counseling, this is a gap that needs to be filled.”
To learn more about the Children’s Advocacy Centers, visit cacarkansas.org.