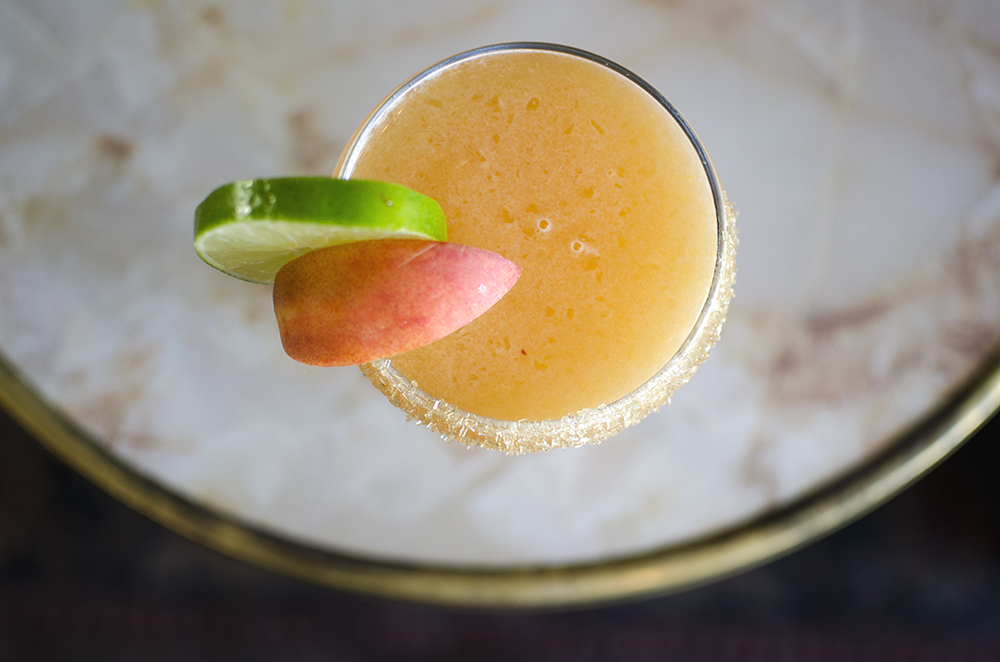 If you need an excuse to drink today, you can now enjoy a beverage or two in celebration of #NationalRumDay. Come five o’clock, it’s safe to raise your glass in honor of the sweet liquid.

Last year, writer Becca Bona chatted with a few notable bartenders around town so you could hear how they enjoy working with the spirit and ultimately whet your palate for happy hour. Read on to learn more about rum from those who know it best.

First, we look to Head Bartender/Bar Manager at Trio’s Restaurant, Merrick Fagan, who’s locally known for his love of tiki drinks. He gives us a little background on the spirit talking range and versatility – “I love rum. I think a lot of people don’t appreciate the complexity of rum, because they’re simply not aware. I think for a lot of people, when they think rum, they think of a column-still, unaged, white rum, or maybe spiced rum. But there’s so much more diversity available, and there’s probably a good rum to introduce a fan of any other spirit to the category. For example, Cachaça and Martinique Rhum Agricole share a lot of the grassy notes of tequila, and I think it would be easier for a fan of Islay Scotch to appreciate the funky “hogo” of Jamaican pot still rums. Some of the aged rums would be very accessible to a bourbon enthusiast, and the aforementioned column still white rum isn’t so far removed from vodka in terms of flavor.”

But what about rum when it comes to cocktails? Fagan sees the rum resurgence centering around tiki drinks. He points to the Mai Tai as a good introduction to tiki drinks. He also adds, “Not strictly speaking tiki, but I’ve just made a Thai spiced rum to pair in a daiquiri with the Thai shrimp curry at Trio’s, and it’s been a hit with everyone who’s tried it so far.”

Rob Armstrong, General Manager of The Fold: Botanas and Bar, also looks to the Mai Tai. He says, “One of The Fold’s featured cocktails is the ‘made from scratch’ Mai Tai. This tropical cocktail calls for both light and dark rum, fresh lime juice, orange Curacao, and fragrant orgeat.We make our orgeat in house by reducing crushed almonds, water, sugar and orange-flower water. The Mai Tai is a light, fruity, citrus forward cocktail that can be ‘sweetened to taste.’ The Fold’s crew prefers the Mai Tai served frozen!”

Dillon Garcia of the Pizzeria and Arkansas Mixology Associates feels that rum is perfect for the dog days of summer. He says, “I love working with rum, especially during the summertime. It’s a great way to booze up refreshing fruit juices. One of my favorite cocktails I make with rum is the Rusty Pineapple. Its base spirit is Plantation Pineapple Rum. It’s smokey, peaty notes are reminiscent of scotch and it pairs greatly with a little Drambuie. Add a little Dry Curaçao and fresh pineapple juice, and it’s pure deliciousness. It makes a great fruit forward cocktail, that’s not overly sweet.” He’s also a pretty great daiquiri creator. Check out the feature photo for this piece, and head here for more info.

Hunter Jolley, part of At The Corner‘s team says, “I have honestly never been one to enjoy any spirit that is a novelty or has a fruit flavor, however the Plantation Pineapple Rum is the bees knees. It’s got the perfect amount of sweet, but it’s a rum I feel like my bourbon friends would enjoy.” Jolley looks to a past drink  – ‘Cinammon Girl,’ and says, “The cocktail contains Plantation pineapple, Campari, Blanc Vermouth, fresh grapefruit juice and a cinnamon simple syrup.”

Sarah Harrington, Bartender at South on Main, has a special place in her heart for rum and suggests a refreshing, rum-based punch to try. She explains, “Honestly, my favorite thing to do is take a classic cocktail and change whatever the base spirit is to a rum. That’s usually pretty fun. I’m also really into looking up old punch recipes from the David Wondrich punch book and tweaking them to my liking. I love recreating punches!”

By now you’re probably ready for a drink or two, so don’t forget to keep it local when you head out tonight. Happy National Rum Day!