Raising a Glass to Arkansas Beer 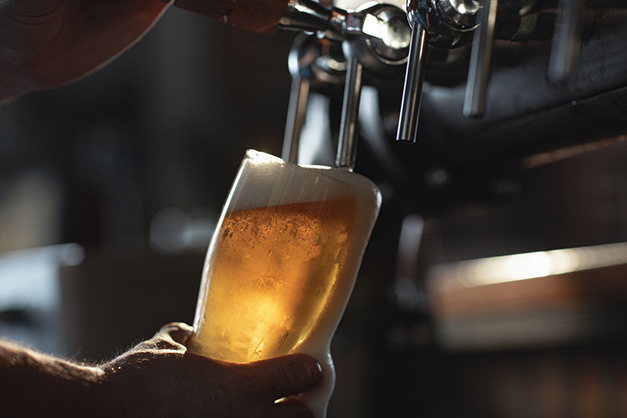 Pour a pint and get ready to learn about some great Arkansas beers.

April 7 is a day that will hold a fond spot in the hearts of beer lovers: it’s National Beer Day. To honor this momentous day, we wanted to pay tribute to one of the great things Arkansas has to offer – a wide selection of different beers.

Throughout the Natural State, there are plenty of great breweries, and we wanted to highlight some of our favorite brews. You’ll hear from beer experts, like AY Food Editor Kevin Shalin and writer Dwain Hebda, who is a connoisseur of the brewing arts – at least the parts that involve drinking.

Whether you like dark or light beers, there will be a little something of everything to fit your tastes.

Raise a glass as we toast our favorite Arkansas-made beers.

When it comes to asking for food and drink recommendations, at AY, we always defer to Food Editor Kevin Shalin. With his years of experience, it’s just a no-brainer. He enjoys the Coffee Cake Stout from Flyway Brewing, as well as the Raspberry Sour from Gotahold Brewing in Eureka Springs, Vino’s Six Bridges Cream Ale and the Butternut Beer from Ivory Bill Brewing in Siloam Springs.

But the true king of beers is Mr. Dwain Hebda. Because of his love of beer, he could not whittle down his list to a mere one or two or even four brews. He lists no less than 18 beers among his favorites.