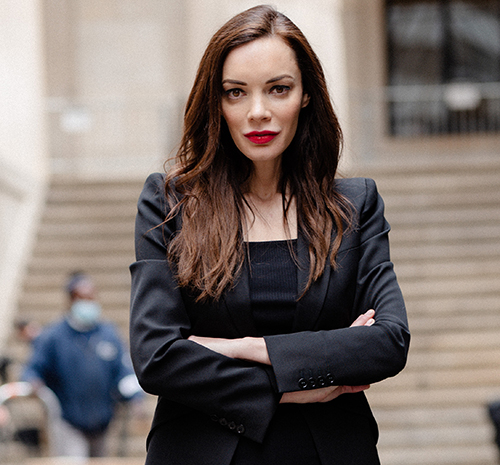 Had things played out differently than they did, there’s no telling what Ebby Steppach would be doing right now. At 25, perhaps she’d finished cosmetology school, as was her long-held ambition. Perhaps she’d have found the love of her life and settled down. Maybe she’d have stayed close to home, or maybe she’d have set out to see what the world held in store.

It’s a mind game as compelling as it is fruitless, to try and reconstruct what was not meant to be. All that we really know for sure is what actually happened; that in 2015, the headstrong Steppach vanished without a trace, triggering a nearly three-year odyssey by her family to find her, a journey that made national headlines and sparked local outrage over perceived mishandling of the case early on by police. 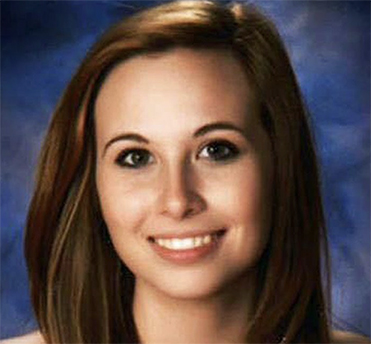 That in 2018, Ebby’s remains were found in a drainage culvert in a park not far from her home. That ever since, she has been one of Little Rock’s most notorious cold cases. And that now, seven years after her disjointed final cell call, she’s become the subject of a podcast series that’s already helped break open one Arkansas cold case.

“I think one of the unique things about the job that we have is, we’re looking at it from the victim’s point of view,” says Catherine Townsend, the creator and host of the cold-case podcast Hell and Gone. “It’s like, I’m getting dark secrets. I’m getting her best friend telling me one thing. You’ve got the parents telling me something. Everyone saw a different side of the person, which is normal. That’s how we all are in life. It’s up to us to sort of fill it in.”

Townsend’s investigation debuted March 23 with the first of eight episodes delving into the case and its major players — from family members to Ebby’s friends to various investigators. She describes the attitudes of the various subjects as, “very helpful, generally,”

“People were willing to talk,” she says. “I think it’s about me bringing them something. Even with Laurie [Jernigan, Ebby’s mother], if I just go in and ask someone to be retraumatized and tell their story for no reason other than to put it out there, then I wouldn’t expect them to. But what I’m saying is, ‘Look, we’ve done an investigation. We have some new information. Here it is. Help us fill in the blanks.’ Then they’re totally willing to talk because they want this solved. This whole podcast is really a call to action.”

This isn’t the first time Steppach has received national media attention. Dr. Phil and Nancy Grace both have run segments on the case. And, the internet being what it is, dozens of websites and forums have kept the details alive, although the tone and veracity of these have varied from earnest to deranged.

But it is safe to say that the case has never seen anything quite like Townsend, a Pine Bluff native who’s into the fourth season of Hell and Gone, the latest addition to a career media menagerie that also includes book authorship and international articles.

“Some of my earliest memories were, I would always want to either write things or solve mysteries,” she says. “I had a little detective’s office in my grandma’s house, and I would start cases and have little case files and that kind of stuff. I was obsessed with those things from a really young age. I’m fascinated with why people do the things they do. That’s the common thread.”

After studying journalism and politics at NYU and earning a master’s degree in international journalism from City University in London, Townsend crafted an impressive writing career with major periodicals including GQ, Cosmopolitan, HuffPost and New York Magazine. At UK’s The Independent, she regularly penned installments of “Sleeping Around,” a column of advice and observations on dating, sex and relationships. Her unabashed style, regularly focusing on her own life experiences, led to two books, Sleeping Around and Breaking All the Rules.

When her attention returned to her childhood passion for sleuthing, she didn’t just write about it, she devoted three years and 6,000 hours to earning her private detective’s license, ultimately opening her own agency. While she no longer takes clients — and, notably, has no business relationship with the Jernigan family — the meshing of detective work and storytelling inherent to podcasting was enormously satisfying.

The first season of Hell and Gone focused on the case of Rebekah Gould, a college student whose murder case in Melbourne had gone cold for more than a decade. After the podcast, thousands of leads flooded in resulting in an arrest in 2020, 16 years after the murder. In its wake, media outlets consistently drew a link between the podcast and the break in the case, and the size of the audience exploded.

Townsend followed that up by diving into the 30-year-old murder cold case of Janie Ward of Marshall, and in Season 3 investigated a California case languishing for more than a decade. Her interest in Ebby Steppach dates back to her earliest work in podcasting. 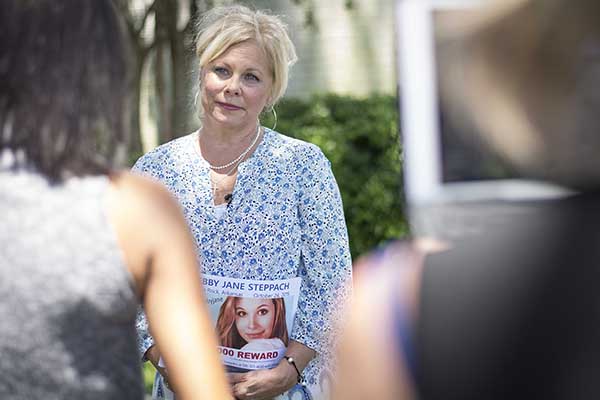 “It was a long journey,” she says. “What happened was I heard about the case when it happened because it was a huge story. I saw Michael [Jernigan, Ebby’s stepfather] and Laurie on Dr. Phil and I kept up with it. Then, of course, when the remains were found, it was just heartbreaking. I remember thinking maybe they’ll get some … closure’s a bad word, but at least perhaps now they can get some answers. Then it just seemed like it kind of stalled since then.

“One of the things I love so much about podcasting is that we can just decide to do it. I just said, ‘OK, I don’t know what’s going to happen here, but I think we should do a season about this case. Would you be down to do that?’ Of course, there was no judgment either way. Sometimes people are emotionally in a place where they can interview and sometimes they aren’t and that’s fine. They should do what’s best for them. Fortunately, the stars kind of aligned and Michael and Laurie were down for it.”

In a 2017 article in The Daily Beast, Townsend wrote of the transition from journalist to gumshoe, describing the ways the actual profession is very different from the TV version.

“The gritty day-to-day part of real-life PI work may be nothing like the glamorous world shown on TV, but parts of it are definitely stranger than fiction,” she wrote. “Before the end of the night, I will have chased the subject down subways, raced down alleys, jumped in and out of cabs, and changed from sweatpants to an Alexander McQueen LBD in the back of my partner’s car to crash a $500-a-plate charity event.

“At 3 a.m., I’m back at the hotel breaking the news to the client that, as she suspected, her boyfriend had been out on a date, and walked into his now-dark apartment hand-in-hand with a young blonde. She asked if I could see what they were up to. ‘It’s dark,’ I said, trying to be diplomatic, ‘but I doubt they’re playing Scrabble.’”

“There are a lot of different kinds of private investigators,” she says today. “But certainly, if you’re doing surveillance and those type of things, so much of PI work now is done on your computer. So much of it is being on surveillance; you’re sitting somewhere watching. Then there are going to be 5 minutes that change the game, and you’d better make sure that your camera’s charged and you have not slipped out of the car to Dunkin’ Donuts. It’s these moments of really intense things going on, and then there’s just a lot of boredom; TV does a great job editing together the most exciting parts.”

One thing that is not different between fantasy and real-life private eyes is how often they are seen as interlopers by full-time law enforcement. And worse, when the outcome is a podcast, as one looking to embarrass the local department. Getting along wherever possible is not only useful but one of Townsend’s particular strengths, be it with the local sheriff or someone reluctant to go on the record.

“I’m very polite, actually. I don’t stand on lawns. Everyone I deal with will tell you, I will ask politely or write a letter saying, ‘Here’s what I’m doing. I’d love to hear your story,’” she says. “If they say no, I never go back. I’m not about bothering people. But I do want to let them know that someone other than law enforcement — because a lot of people have distrust of law enforcement — will be willing to talk to you and hear what you have to say. You just build credibility from there.”

Asked if, in the process of investigating Steppach’s case for the podcast, she now felt like she knows who the killer is, Townsend stopped just short of saying yes, noting only that there was someone whose facts didn’t add up, in her opinion. What was clear was the portrait that had emerged of Steppach herself, the headstrong young woman whom she felt she came to know very well.

“I feel like I have a good idea of where she was in her life,” she says. “She was in a vulnerable moment. She was at a transitional point, right? Eighteen, figuring it out, having fights with her parents like a normal 18-year-old. Going out and hanging out with people the parents didn’t like, just kind of drifting from house to house, staying with friends. She was figuring it out. Yeah, I completely relate and empathize with that.” 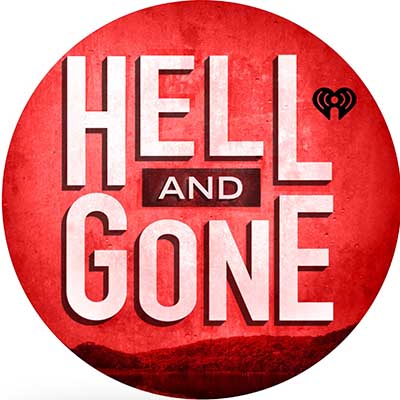 Find Hell and Gone on Apple Podcasts, Spotify, iHeart Radio or wherever you listen to podcasts.