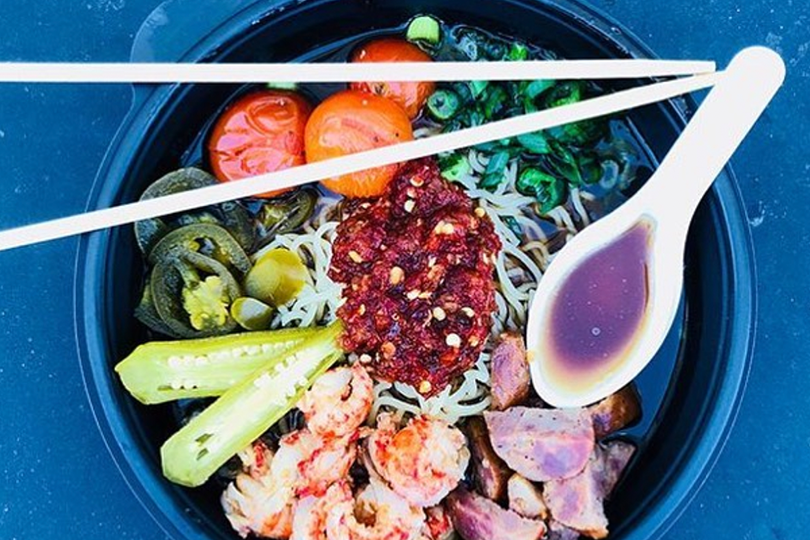 The Arkansas Heart Hospital, located at 1701 S. Shackleford Road in Little Rock, is reaching out to the community through its new Food From the Heart truck, which serves the hospital’s famous ramen.
The food truck is an extension of Coby’s, which has been housed in the hospital for the last five years and serves ramen Mondays, Wednesdays and Fridays. The folks behind the food truck expect it to make regular appearances around Little Rock to serve the community. 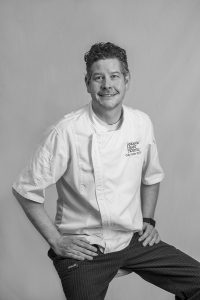 Chef Coby Smith says the hospital tries to serve healthy food.
“We’re cost-conscious – we’re not trying to make money,” he says. “We’re just trying to make people happy and serve them food that’s affordable and that has a lot of integrity.”
Smith’s ramen has less fat in the stock and is heavy on the fresh vegetables, which helps keep the meal lighter. Customers can also ask for zucchini and squash noodles – Smith says he always keeps some around.
Follow along with the food truck on Instagram, through its account (@FoodFromTheHeartAHH) or Smith’s (@cobyramen).
Smith’s ramen was featured on CBS This Morning earlier this year; watch the video below.
Read more about the food truck and Arkansas Heart Hospital from Arkansas Money & Politics.